Last week, the weather in France was so abnormal, the sky was clear, and it could rise to twenty degrees in the afternoon. The ladies and sisters who couldn’t hold on the streets could not be worn everywhere.

In the morning, I gave Sidi to school. She ran downstairs, with a cardigan with a small flower skirt. I bought it last summer. Now it is obviously a lot of short -term, swinging in the middle of her thigh.

My instinct’s reaction is: This is too short, no! But who is always willing to be the annoying mother? I swallowed the words that had reached the tip of the tongue, and said, “Bad legs, cold or cold?”

She wore sneakers and shook her head and said, “Not cold.”

In fact, it is not those words that determine the parent -child relationship at all, but the thoughts that are stuck behind the mouth. Mother and daughter even heart, do n’t say it is a second understanding. 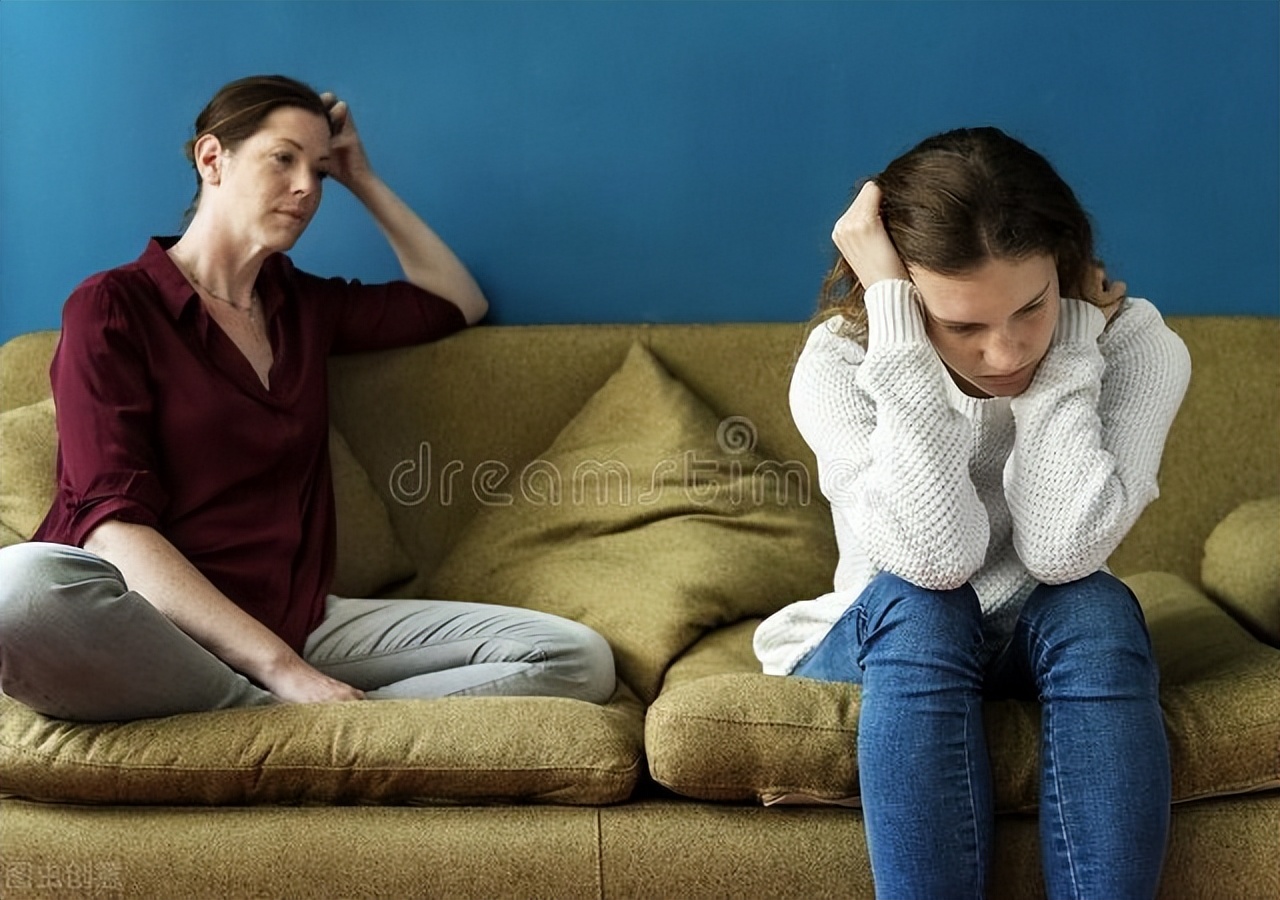 So, the two of us glanced at each other and didn’t say anything, so we knew it out.

At the school, when I got out of the car, Sidi carried a schoolbag and jumped out of the car. The skirt was in the wind, and it was in full bloom. It’s right.

I looked at the car and looked at it, and couldn’t help but sigh: Young is nice, the little girl is good -looking.

Although only 12 and a half years old, this year, Sidi really grew up, 162 tall, surpassing me. Ten hours a week of professional swimming, no white training, and a good shape, wide shoulders, narrow waist, long legs, thin and straight, sometimes looking at her, even I can’t imagine it. This is Is the meat ball holding in his hand?

When I came back from school this night, Sidi’s mood was obviously good, and I said to me: “Today friends, all said my clothes are very beautiful.” 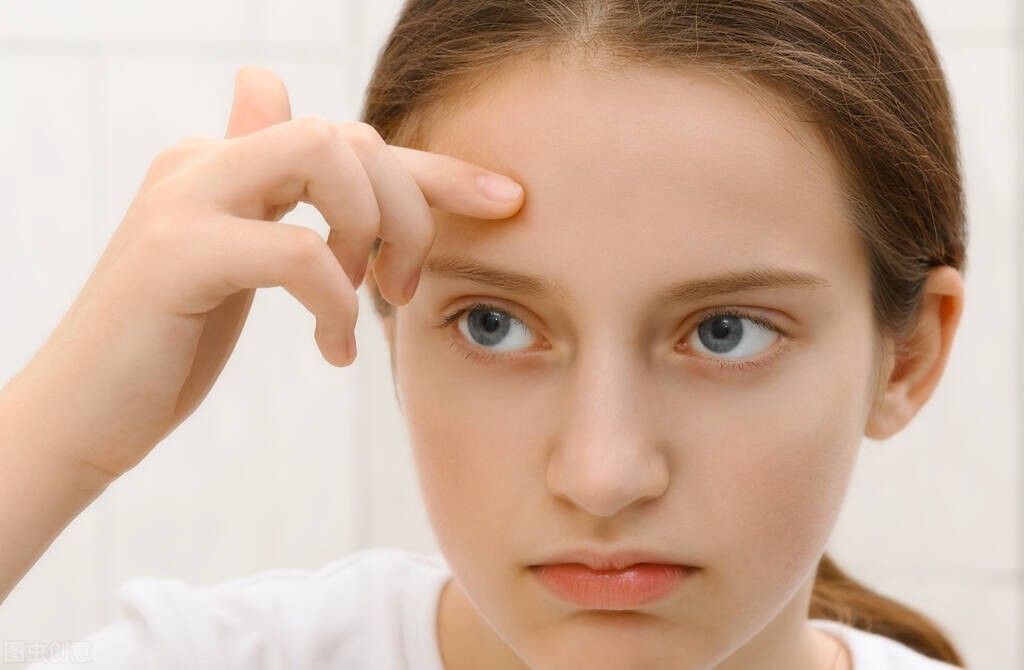 Sidi was shy and drilled into my arms. But now she is taller than me. This familiar little movement has become a new test for both of us.

I had to push my feet, and she had to hold her cat with her waist to reluctantly lean her head to my shoulder. However, this strange posture does not affect our respective happiness.

Continue the sun the next day, and I waited for her to go downstairs in the morning. On this day, she wore a black sweater with jeans.

But when the sweater was bought, it was equipped with a dress, which was very short. For the current Sidi, if you don’t raise your hands, you will have a little waistline. Any small movement will immediately expose the entire stomach outside.

Seeing this look, I stood on the spot, and I thought about it for a long time. Don’t say or say? No, it really doesn’t work, so I spoke: “Your clothes are a bit short.”

Sidi was actually guilty. She tried hard to hold her waist and tried her best to pull down her clothes and said, “Today is hotter than yesterday.” She thought I would open my eyes and closed one eye. I have to say more clearly: “No, you can’t go to school like this.”

The string was broken, the paper was broken, and the little girl immediately changed: “Why not? Everyone is wearing this, and some people wear short tops and super short skirts!” It’s right.

Sidi was angry. The 12 -year -old anger was a kind of unreasonable trouble. 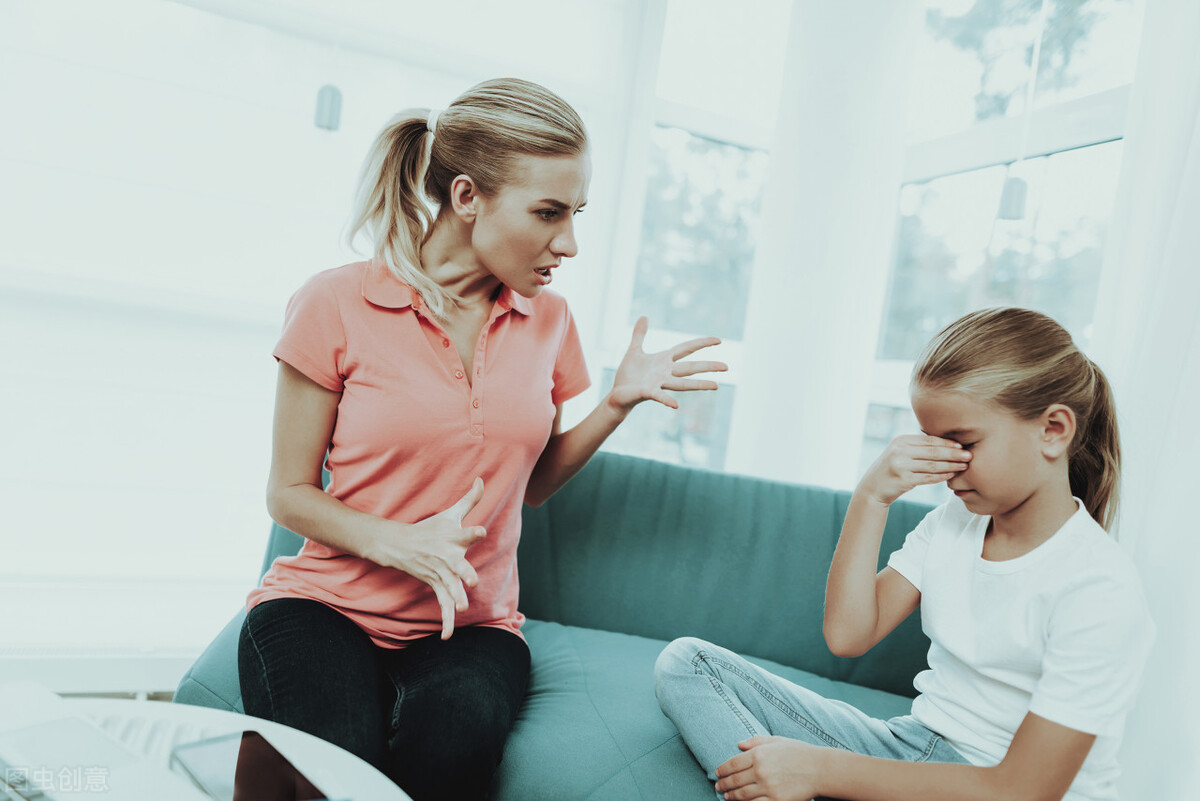 She stomped and said, “What am I doing, you don’t allow it! Do you know, I will always be the ugliest girl in the school! The ugliest!”

I watched this unreasonable trouble, a monster, a small rogue, and had to remind her: “Hey, you also said yesterday, the classmates said you are beautiful!”

She logic was pretty good, and immediately responded: “Yesterday, the classmates said that the clothes were beautiful, not me.” At the end, I added a sentence: “You never listen to me, so I didn’t hear it!” 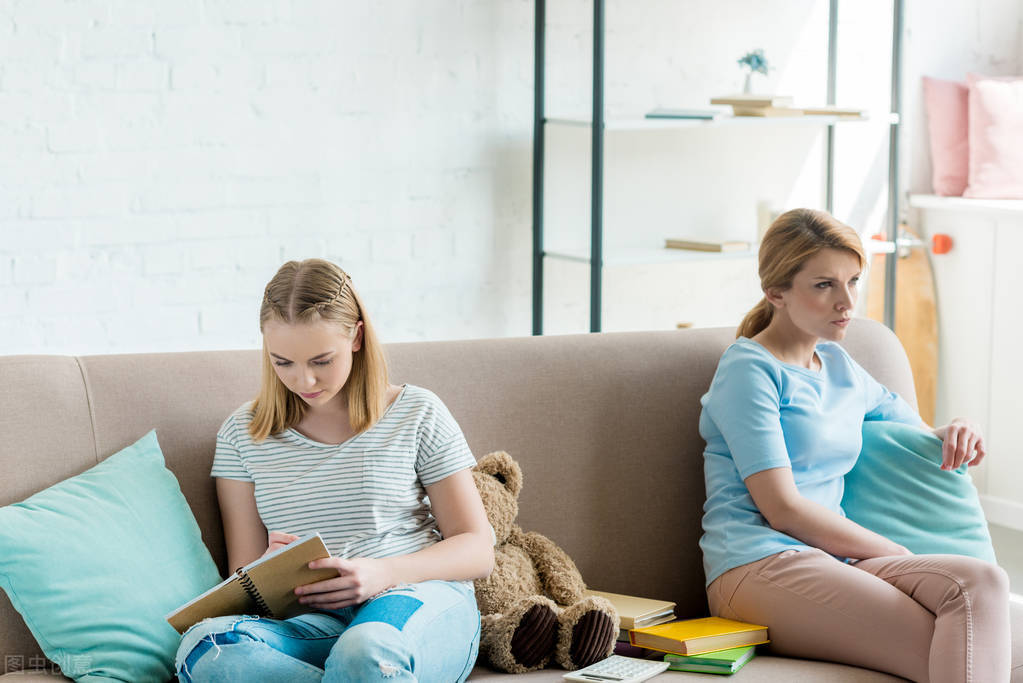 I have always restrained myself with the standards of mother who have received childcare education. I have been roaring my children as a shame that makes me fright.

After I raised it, I said seven semi -semifinals: “How did you speak to me?”

A few years ago, the freedom of dressing was a very popular word. There were always young girls grievantingly, and felt that society did not give them freedom. This is simply a pseudo -proposition.

Because “dressing” has always been a very tendency to social and political issues. As long as it is in society, no matter the age and gender, the freedom of dressing does not exist!

But I never thought that, one day, in my home, there would also be a “free dress” movement.

I looked at Sidi again with the eyes of adults, and felt that she couldn’t let her go to school like this, so she said with a face, “You go to me, otherwise don’t go out.”

Sidi was angry, but she knew that at this time, she was useless. She could only go back to the room and put on the floral skirt that was the first day.

This toss was too late. Sidi didn’t have breakfast. I went to take the small packaging biscuits for her to eat. The little girl’s face fluttered, her eyes turned, and they said, “I don’t eat it, I don’t eat it, I starve to death, I deserve it.”

Seeing that I do n’t take over, she continues to provoke it: “You don’t love me anyway, anyway, you never love your sister!”

Since the birthday of last fall, Sidi has entered a period of youth rebellion. Especially for girls, mothers are the biggest competitive targets in her subconscious. Now, it is no longer three differences, but in seconds.

I have been convinced myself, adjust myself, be calm and tolerant. However, the clay people also have soil nature, and they are as close to their mother and daughter. They know how to anger me.

This morning, I was really intolerable. I was so angry that the biscuits in my hand were slammed on the table. The biscuits were in the bag and broke into powder. At this point, I finally became a spiked pig. , Said loudly: “I only love my sister. So, who do you think you love you, who do you go to?”

Sidi’s face was green all of a sudden, her eyes were full of tears, and they were worsened, but they were stubborn: “No one loves me, in this world, no one loves me.”

The little girl stood on the freshly green grass in the spring. The pear blossoms looked beautiful, and they were really beautiful. But the question is, I am her mother, I do n’t have that mood to pity the fragrance.

Standing on the spot, looking at her look of grief, she really didn’t hit a place, so she wanted to slap and let her go!

I have to bear the anger, take the key to drive the door, let her get on the car, and the two of us all the way all the way, fighting and tongue, no matter what I say, the little girl has something to wait.

Fortunately, the school was not too far away, and when I turned back, I just felt tired so that I couldn’t even drive the car.

Time has passed so fast. When this year’s birthday, Sidi is 13 years old. It is really accurate to be seen as a number of Satan devil by Christianity, because there is a 13 -year -old child at home, which is equivalent to a little devil.

The so -called 13 -year -old rebellion, but about the transformation of children from 11 to 15 years old, from children to adults, whether it is to themselves or parents, is a test of reborn.

Sidi, who has become a little monster, where is the mixing with me in inch, it is clearly holding a knife and holding a sword, pressing step by step, and constantly provoking. Can you still go forward, a little more?

In addition, comparing with the vigorous bear child with a strong energy, they can’t win, because they need to gain their own value from the action of defeating their parents; but they can’t lose because it is too easy to win.

And in the time when these come and go, every word that parents say, everything, and even every look and movement can become a confession for decades later, to judge the native natively Family is really sinful.

For a piece of clothes, I gave birth to a full day. By the time after school, I went to pick up grandma home. At the entrance of the school, the crushed person’s head came out. Before I saw my face clearly, I saw a desperately running over and giving me a big bear hold.

Sidi said with a full face, “Mom is good”, and lying on my ears and said, “I observed it, you are more beautiful than other mothers.” 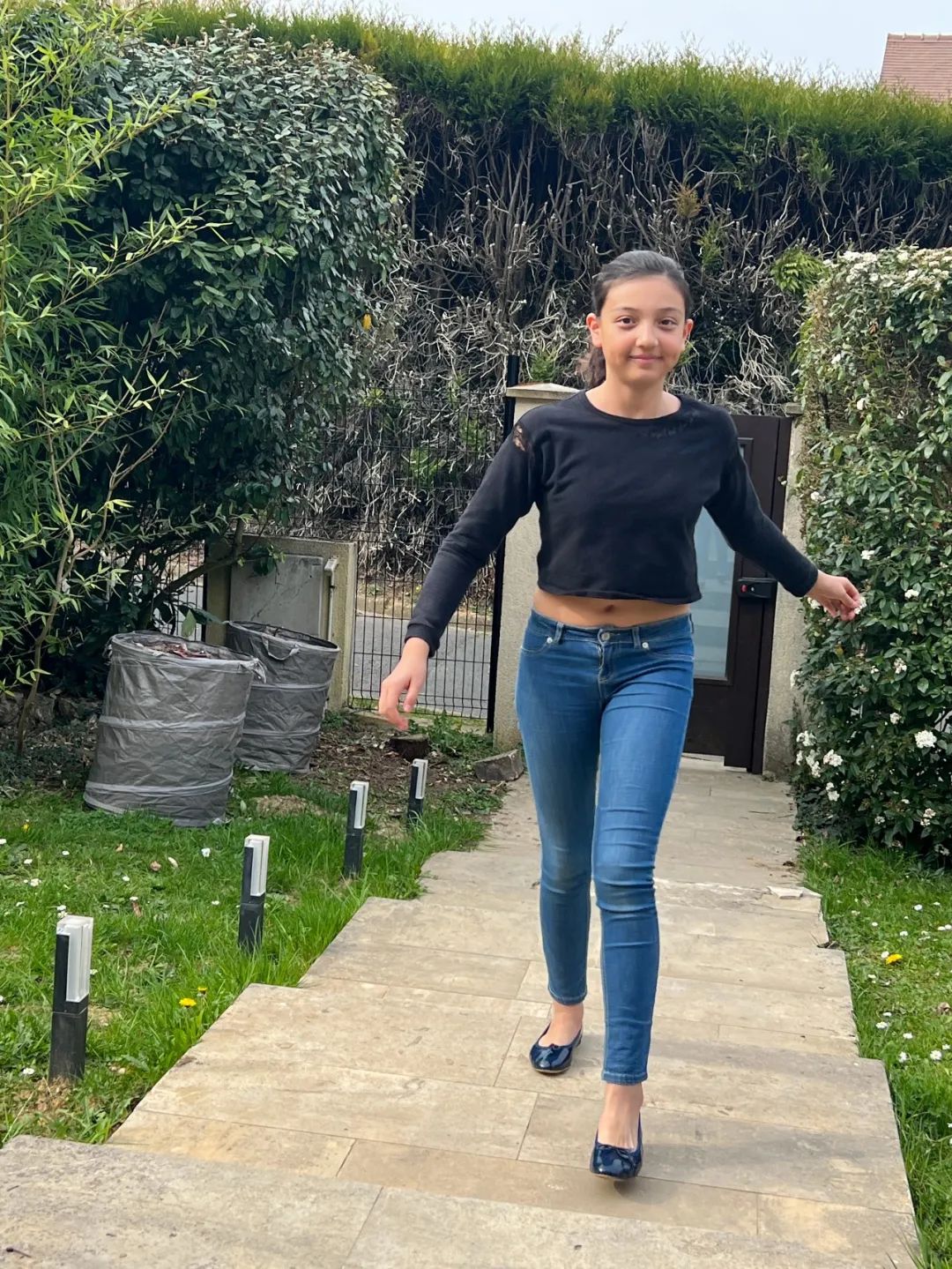 The two of us hook their shoulders and walked in the direction of the car intimately, as if the morning when you died and I lived, there was no existence.

I said to Sidi while walking, “Mom thought, that dress, if you want to wear, you can wear to participate in the swimming competition on weekends.”

Sidi gave me a glance: “The game, when you enter the door, change the swimsuit, what is the meaning of?”

Hey, this is probably the mother and daughter, the parent -child, the closest relationship in this world, noisy, scolding and scolding, even if they do not agree with each other, they cannot stop their love for each other.

This is my candid shot