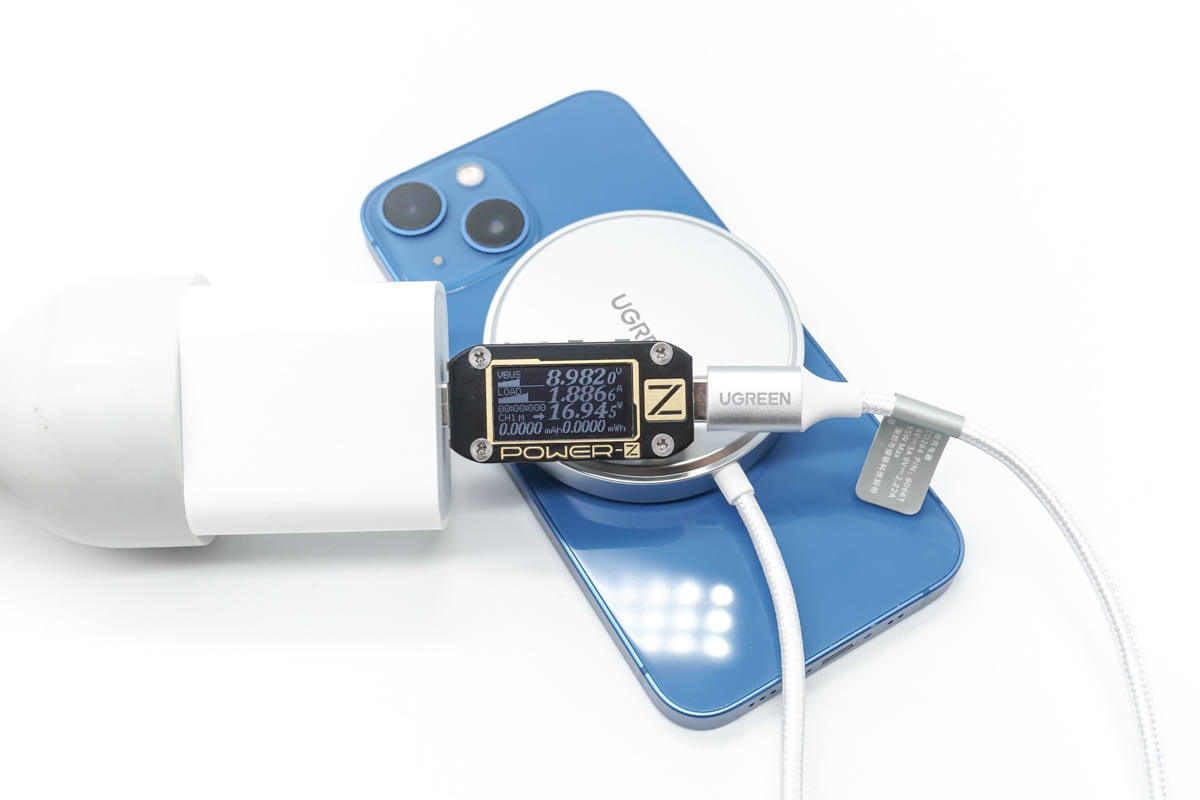 Green Union MFM Magnetic Wireless Charging Set The appearance of the packaging and printing products. The eye -catching place is MFM logo. The UPC/EAN code is 6957303886623, which has the same perfect compatibility as the original Apple factory. 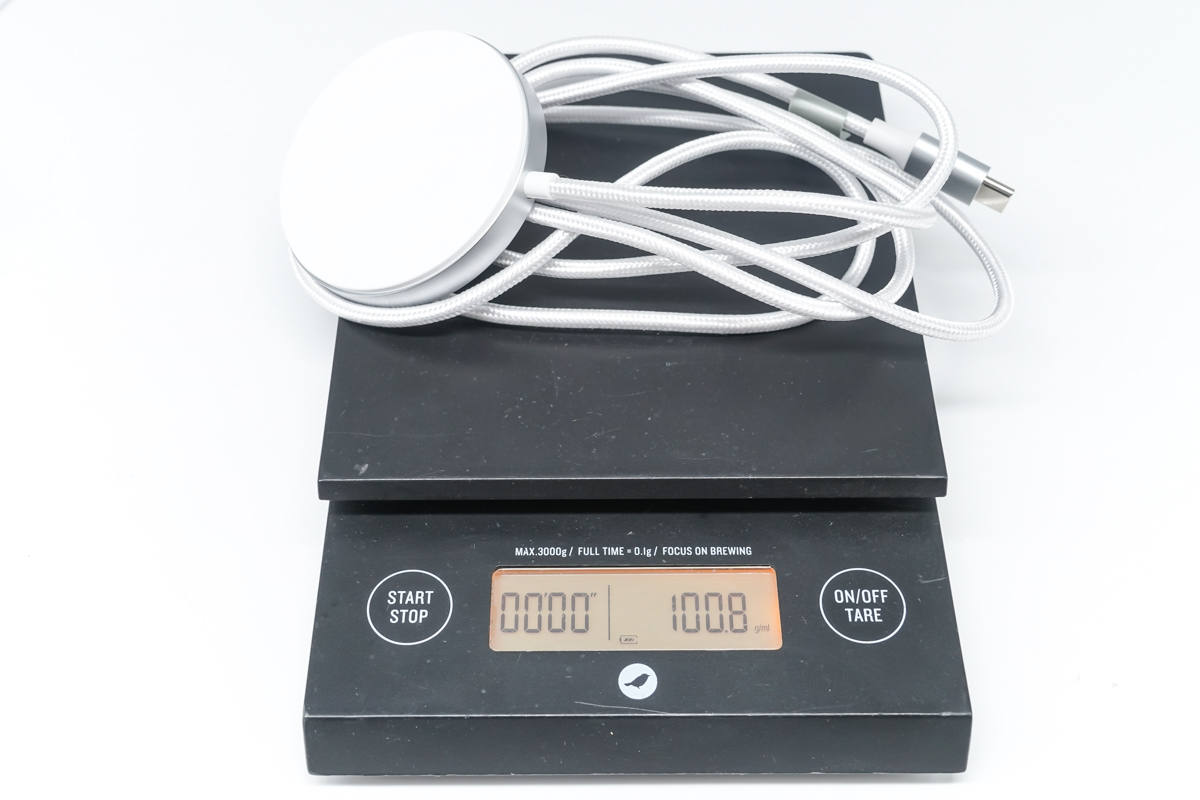 In order to get the best experience, there is a 20W PD charger in the package. The parameters of the magnetic suction charger are input 20W, output 15W max, and the line length is 1.5 meters. 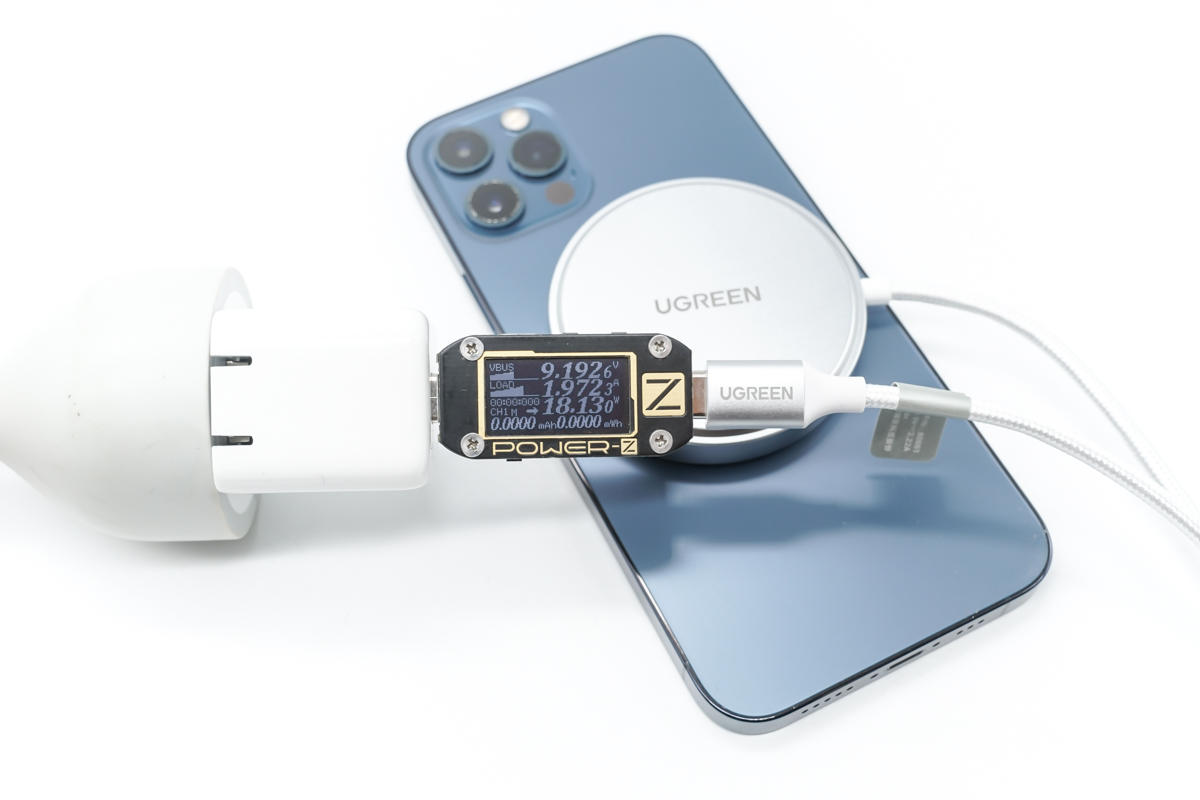 Green Lianlian Magsafe magnetic wireless charger uses ultra -thin aluminum alloy metal housing as the main framework, with the green -linked trademark “UGREEN” printed on the bottom, with a 1.5 -meter ultra -long woven cable, higher durability, ” The use radius “is wider, and it is more comfortable to play on the sofa.

The back cover of the magnetic charger was treated with a backward angle, and the hand felt good. 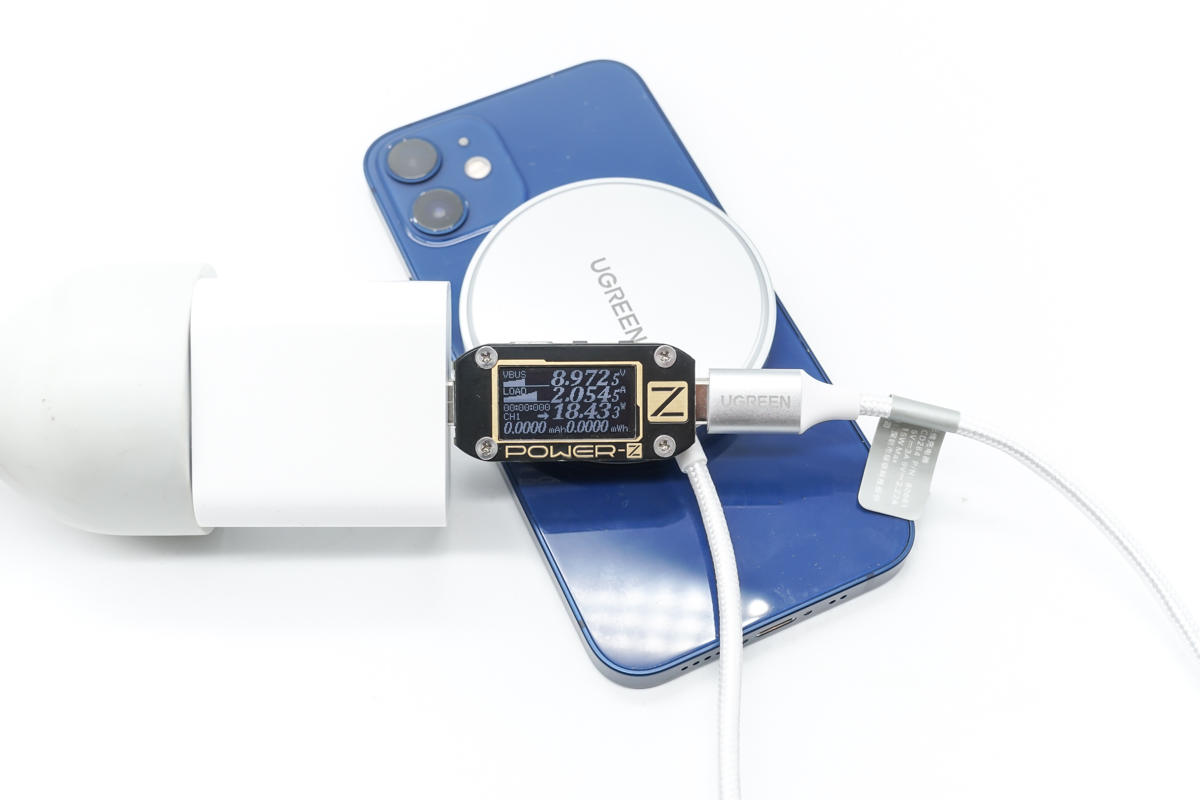 A protective cover is set to the connection between the power cord and the charger.

The power cord is woven by nylon, fine and wear -resistant.

The USB-C interface is input, the terminal is made of aluminum alloy, and the LOGO of UGREEN is printed. The power cord is different from the apple original charger, which can support the terminal and have a certain plasticity. 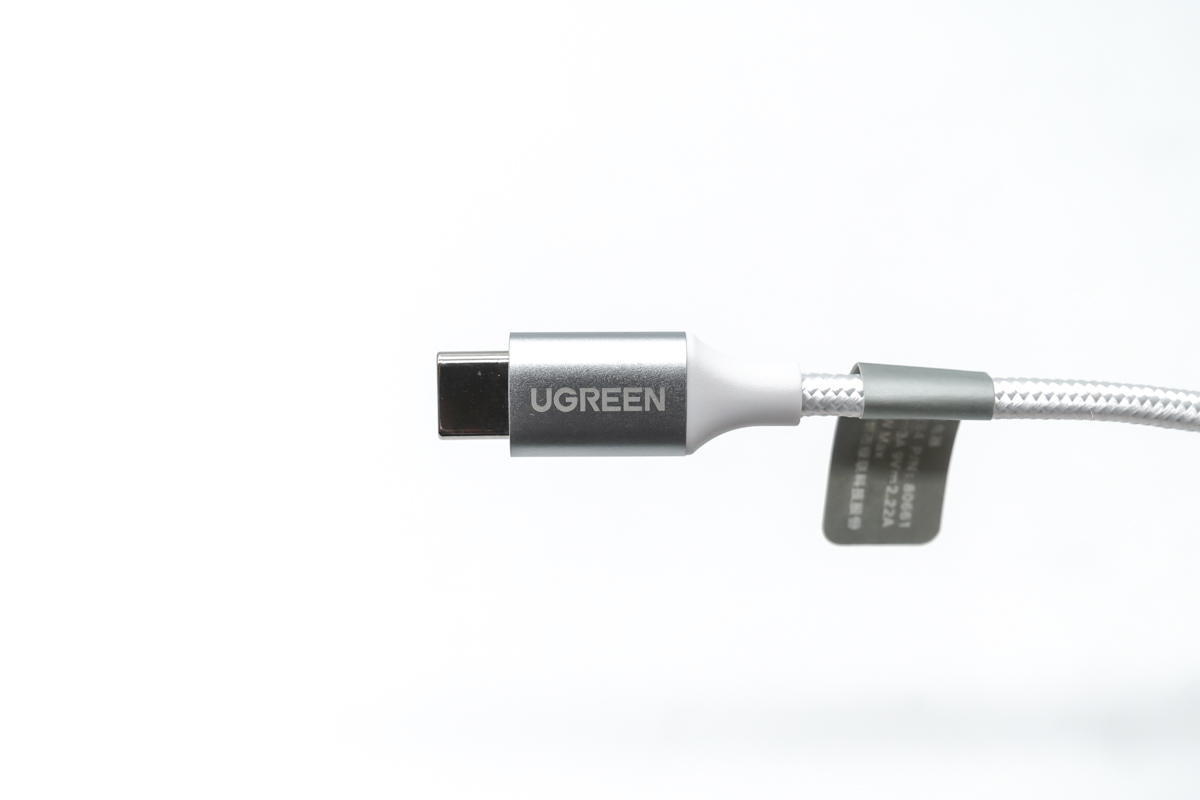 The model of the magnetic wireless charger is CD284, input 20W, and output 15W MAX. 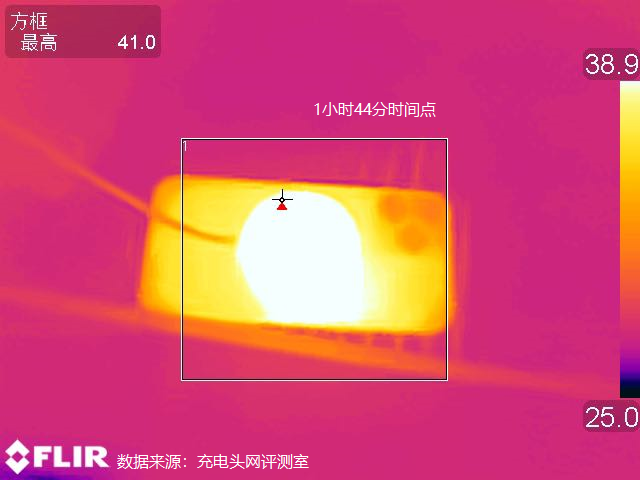 The length of the power cord is about 152cm 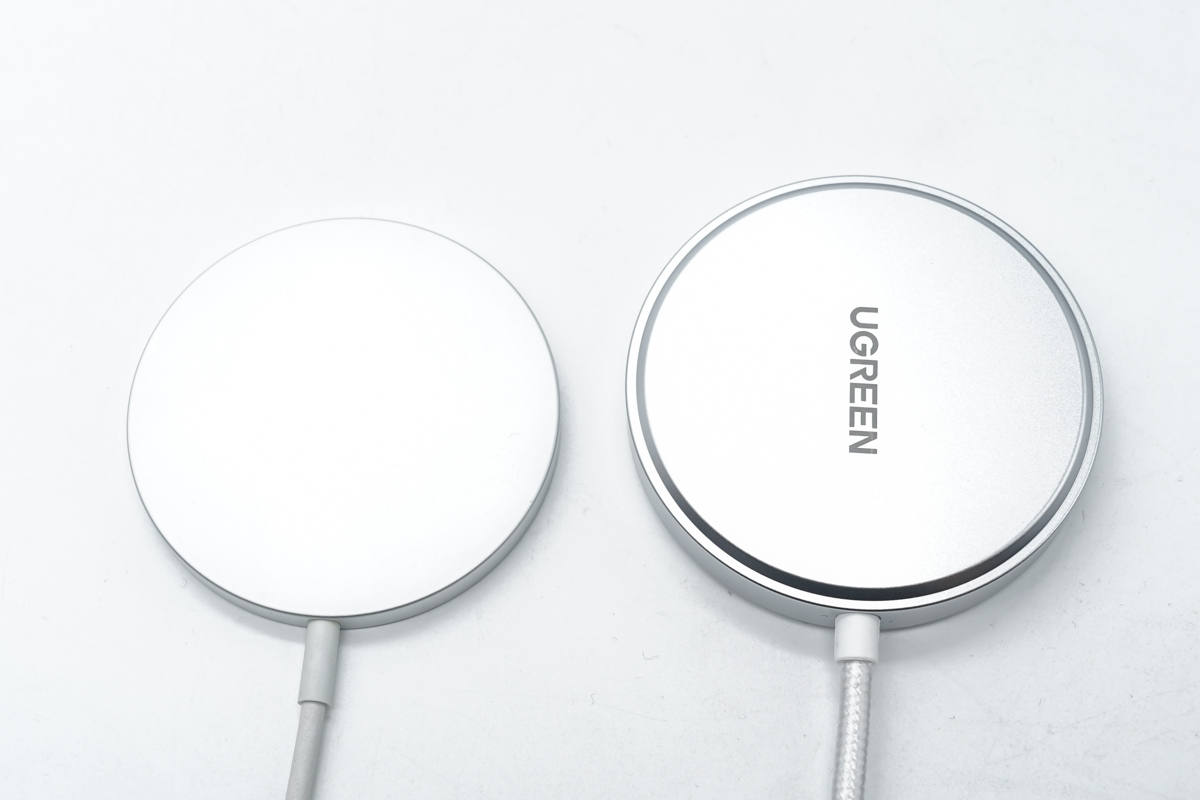 The diameter of the Green Lianlian Magnetic Wireless Charger is about 59.83mm. 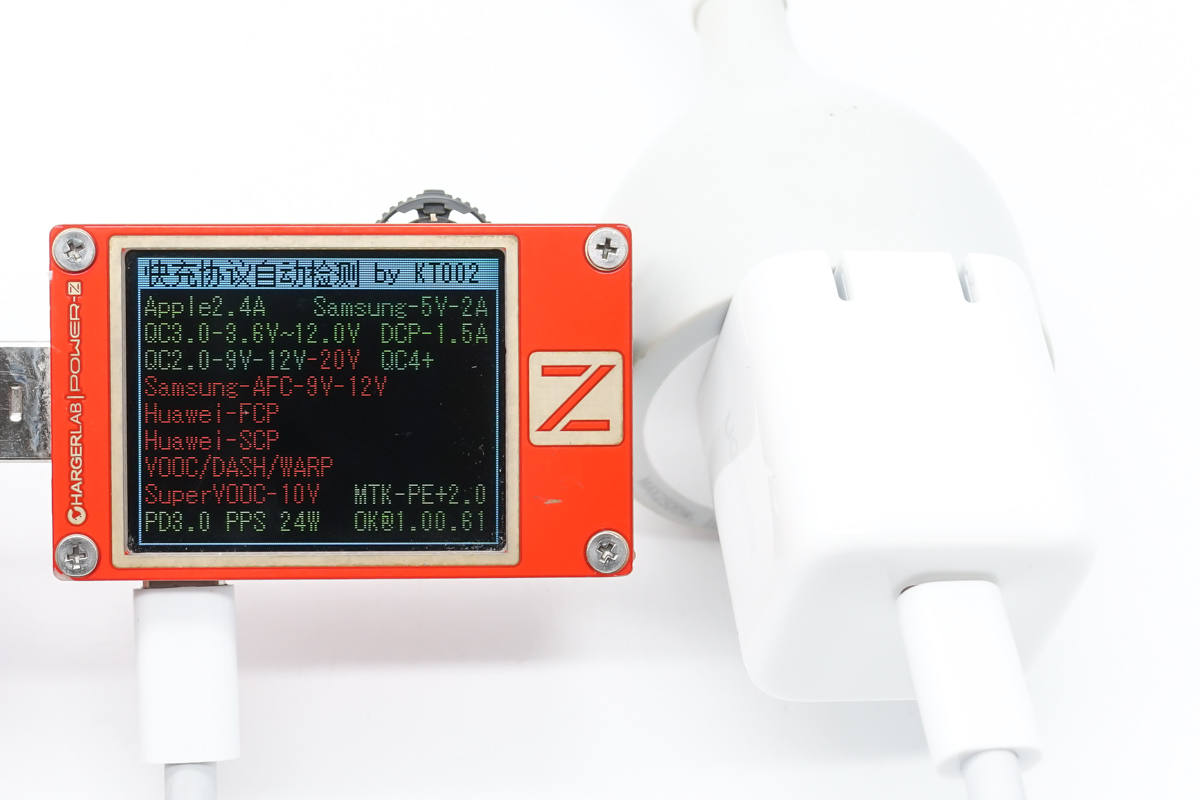 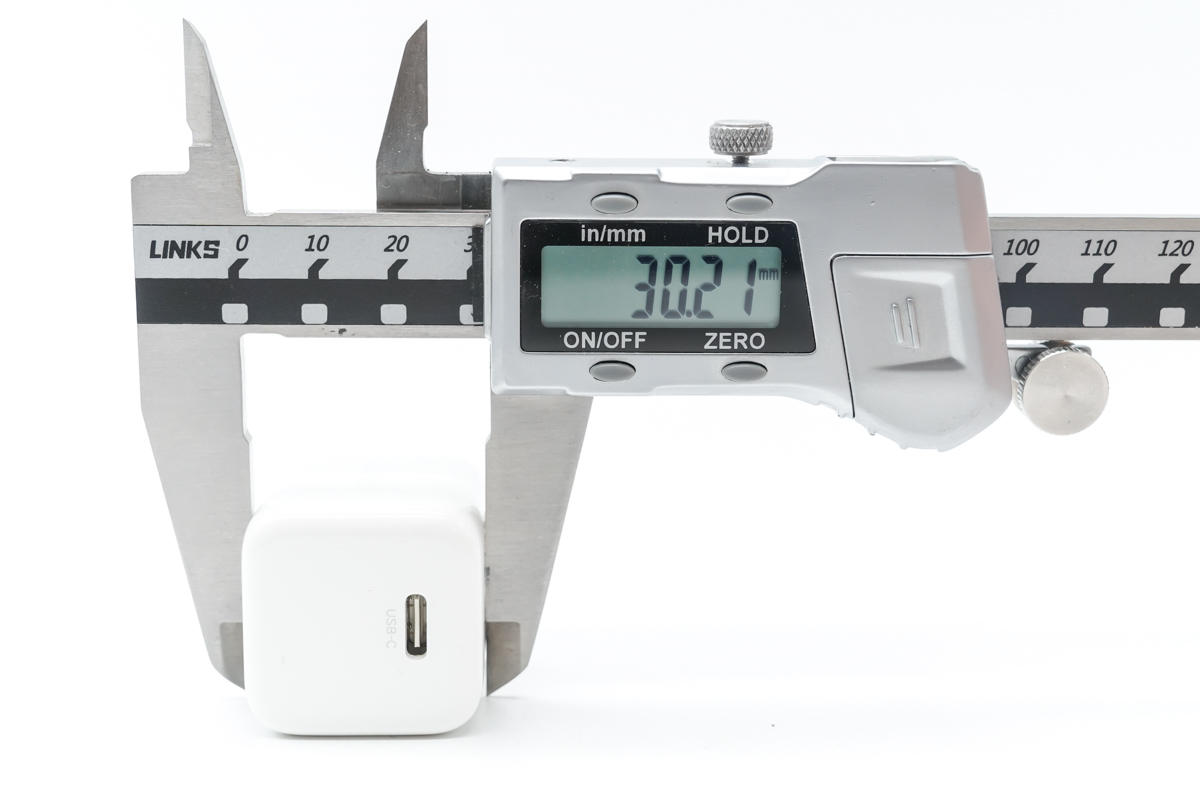 Compared with the Apple Magsafe charger, the diameter is similar. The side is slightly thicker.

Everyone is definitely not unfamiliar with the earlier 20W charger, that is, the previous mini King Kong.

The charger uses a single USB-C physical output interface design to support positive and negative blind insertions. Daily use does not need to pay attention to the interface direction, which is very convenient to use.

The specific parameter information is printed where the foot is placed, and the details are as follows. 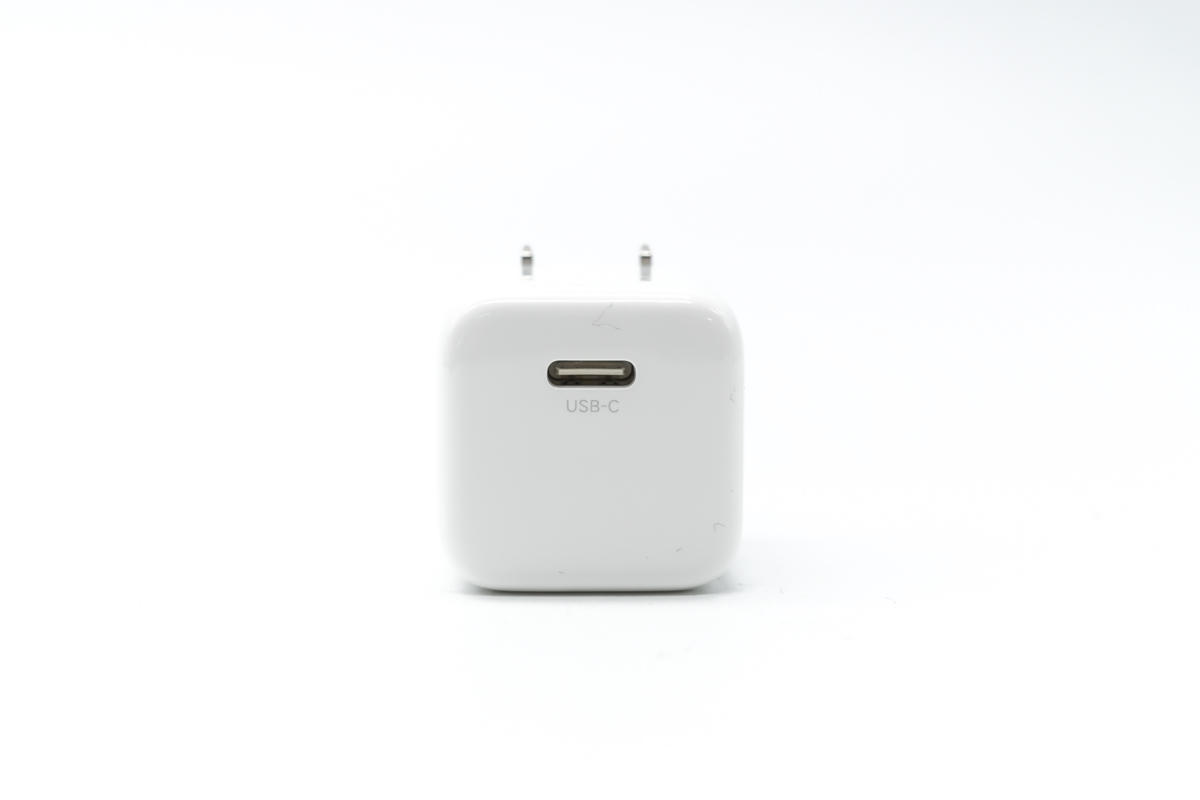 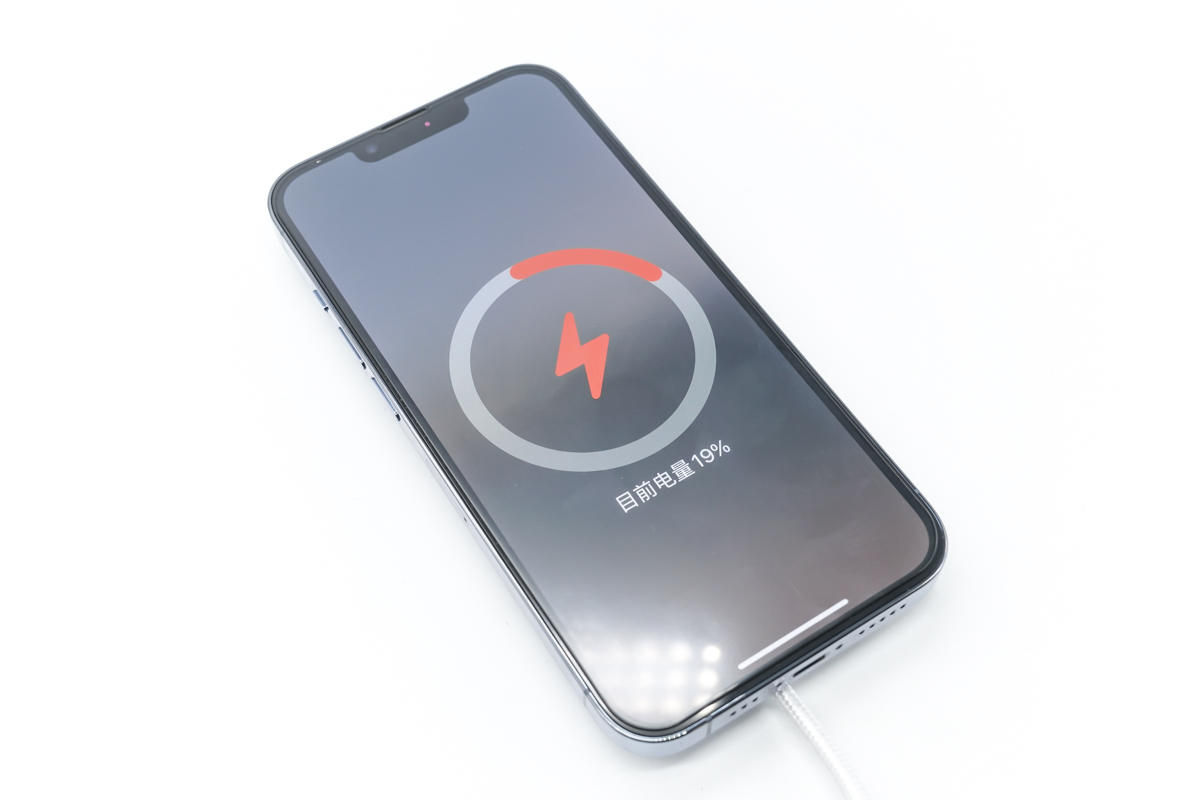 The length of the use of a calibration tianr is about 34.47mm. 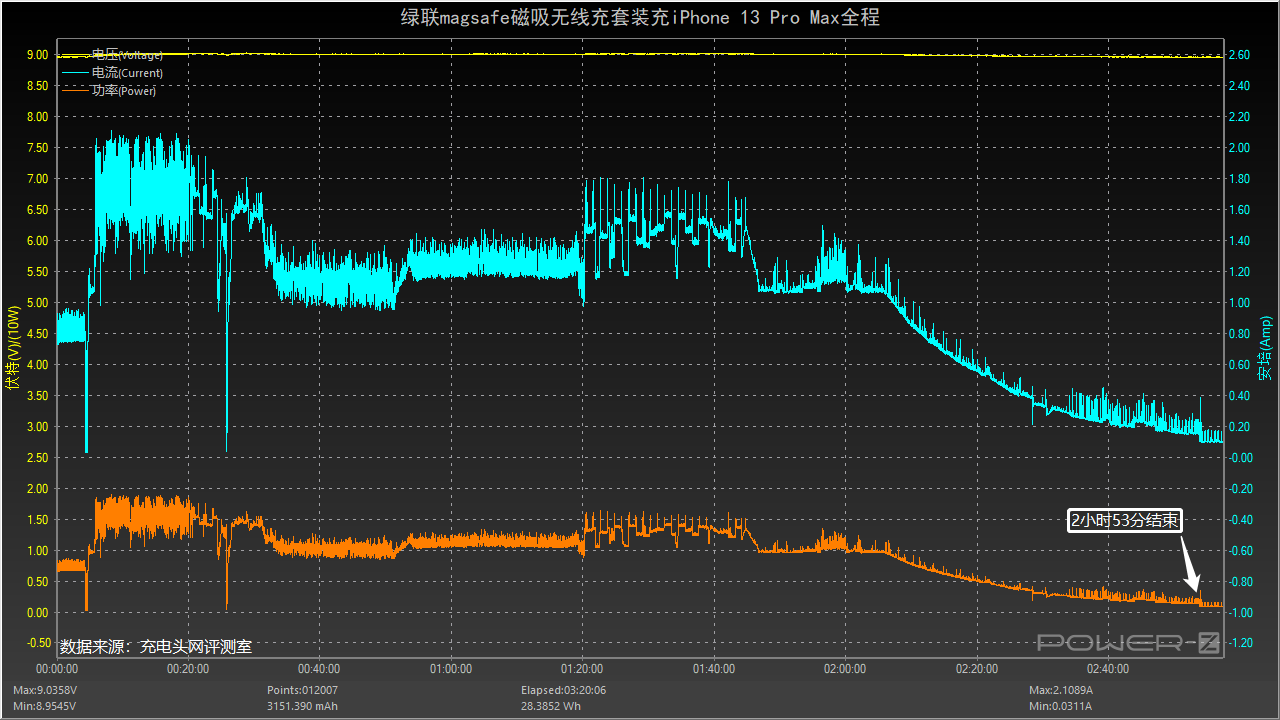 Hold it in your palm and be small and exquisite. 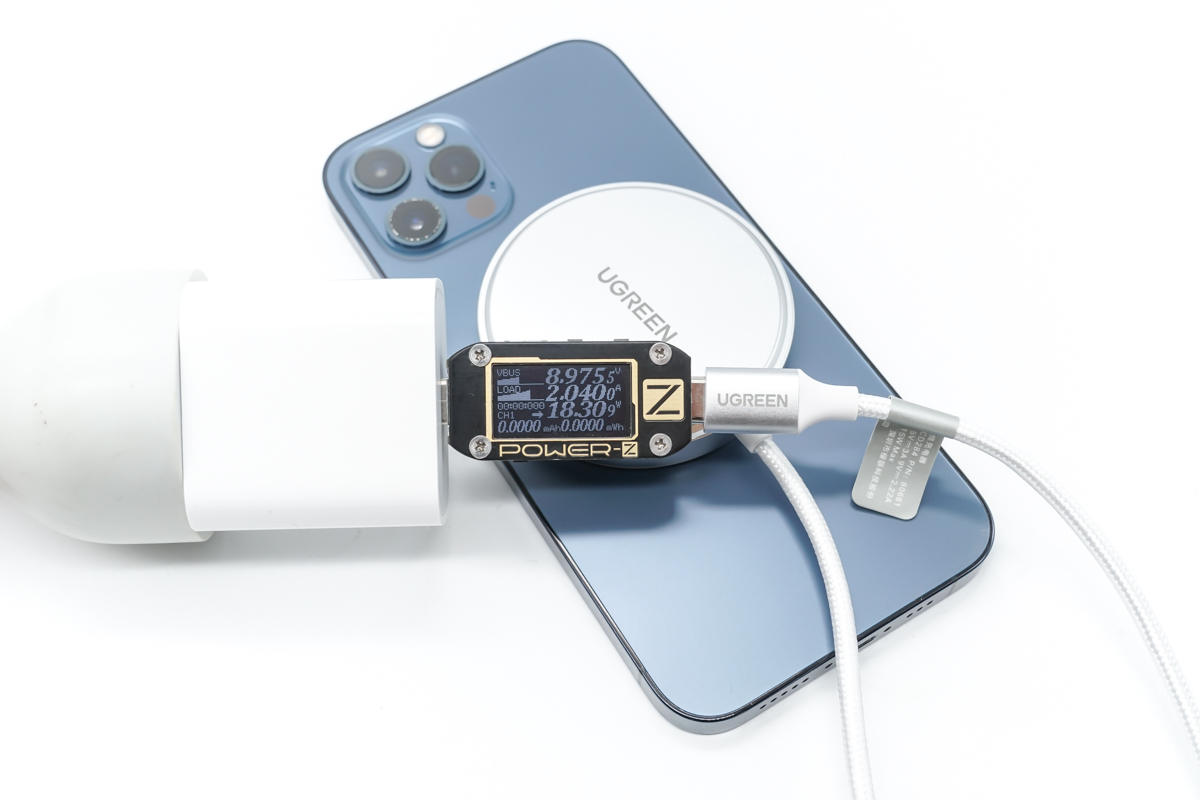 Use ChargerLab’s Power-Z KT002 to read the fast charging protocol of the charger, and the actual charger supports PD, PPS, Apple2.4A, QC2.0, QC3.0, QC4+, MTK-PE and other fast charge protocols. 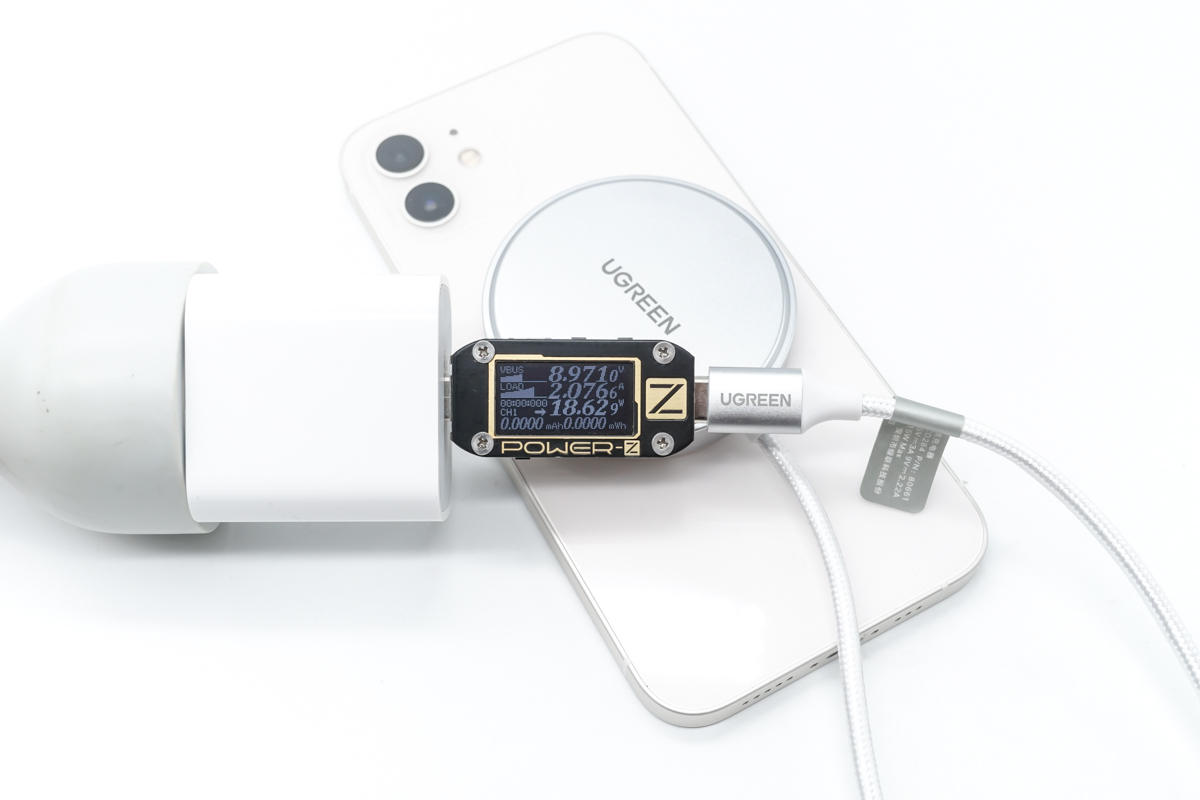 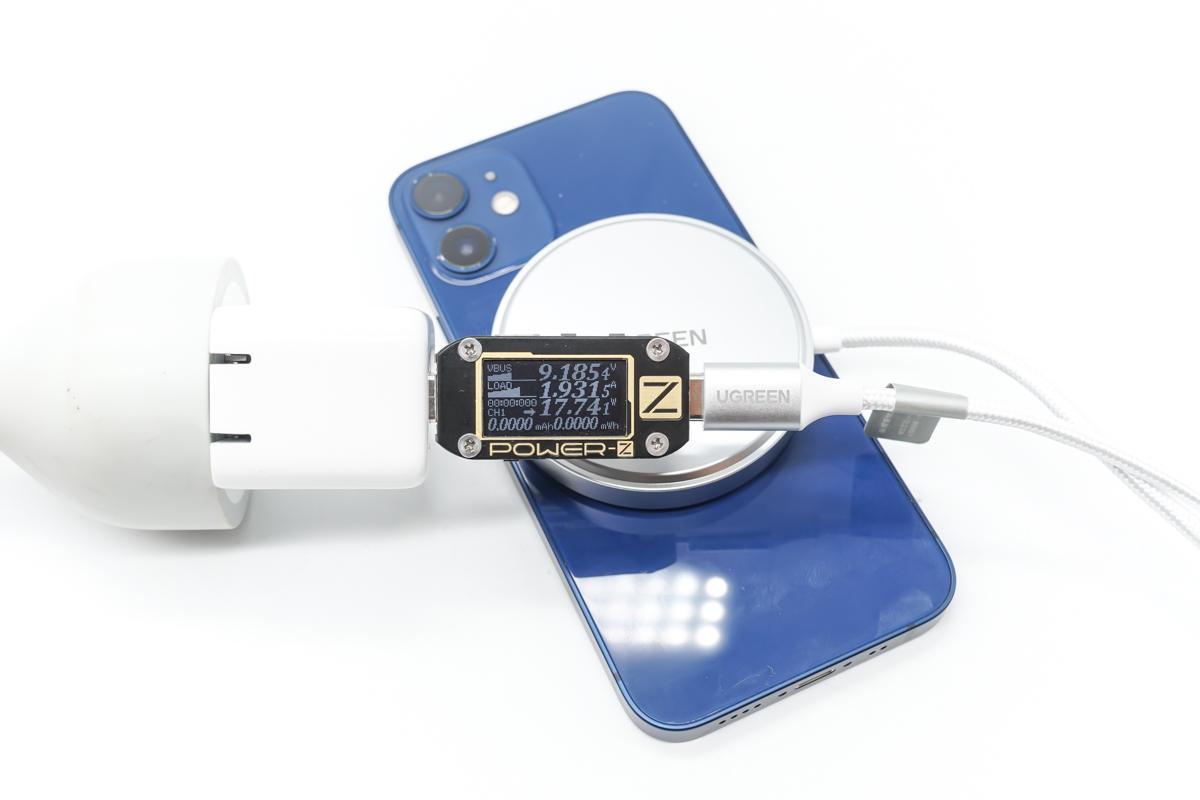 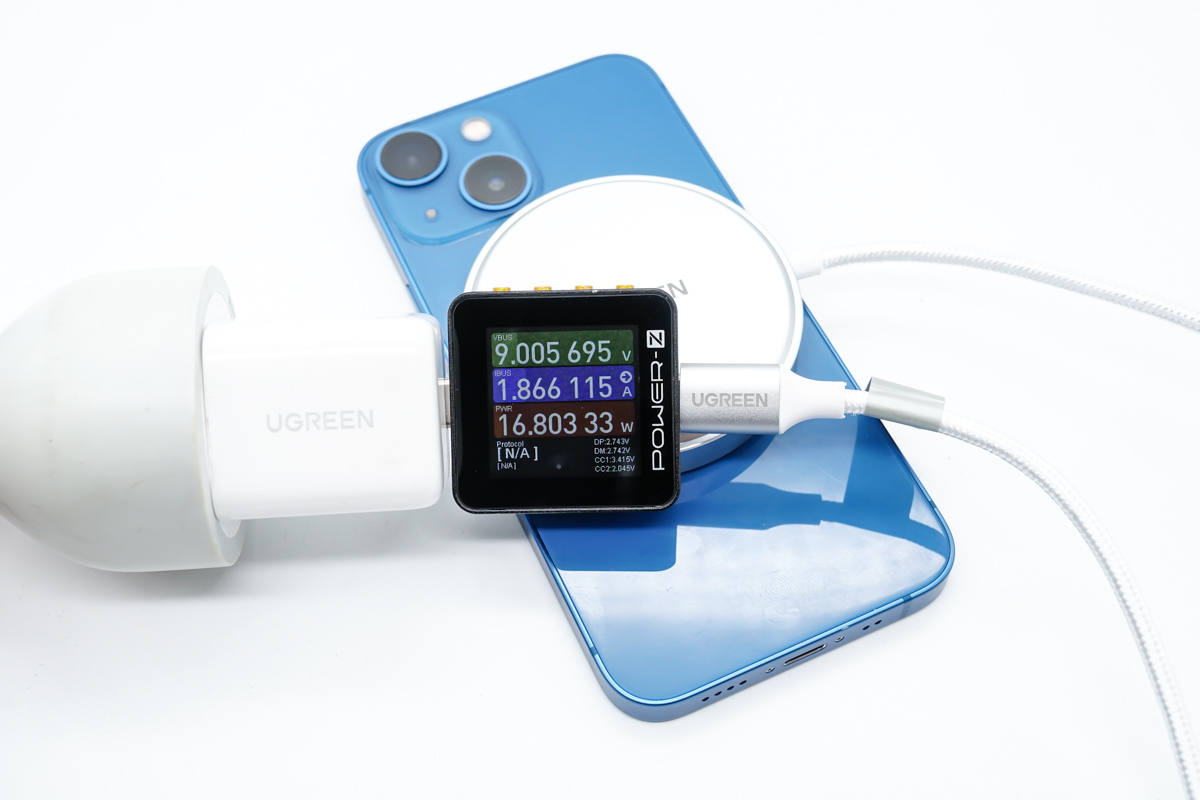 With the iPhone 13, it is consistent with the original triggering charging animation. 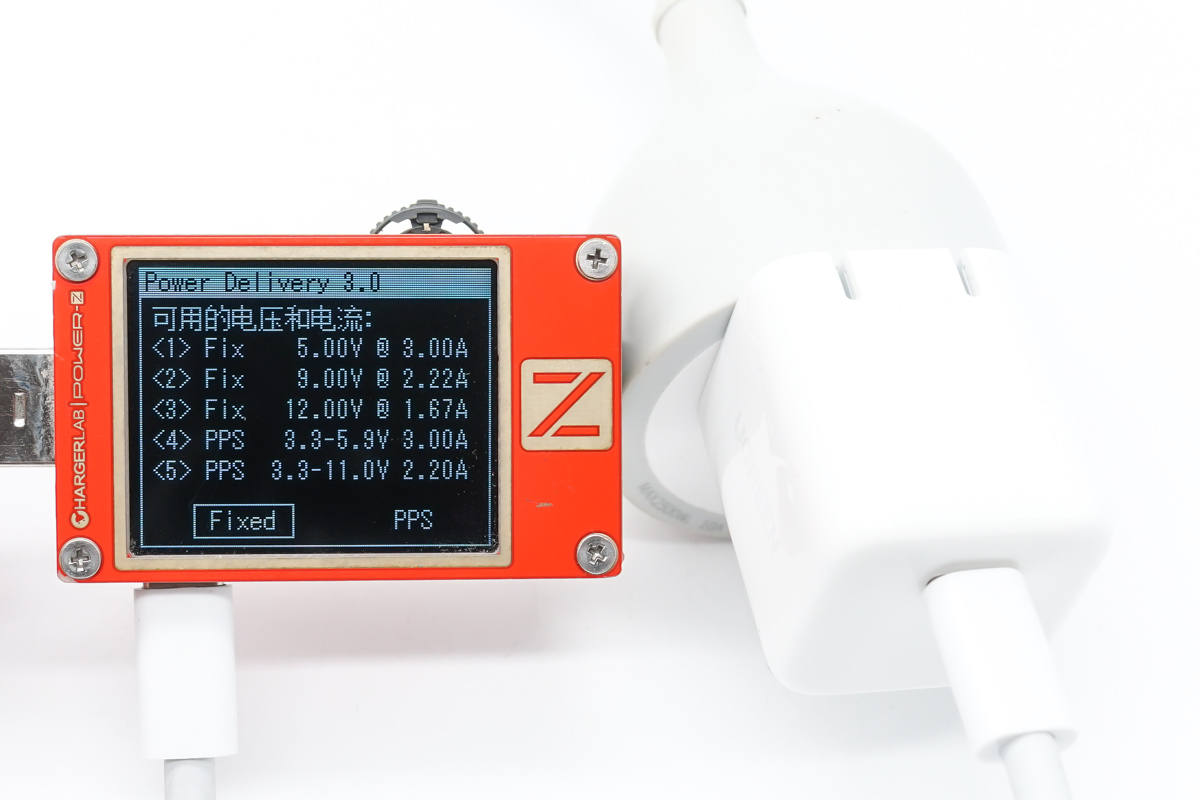 In the details of the phone’s device, you can query the model and firmware version of the charger. This version number is relatively strange and may be prepared for third -party charger products.

After reading the appearance parameters, then use the 20W charger with the inside of the packaging box with the wireless charging of the iPhone 13, and the iPhone 12 is charged by all mobile phones. 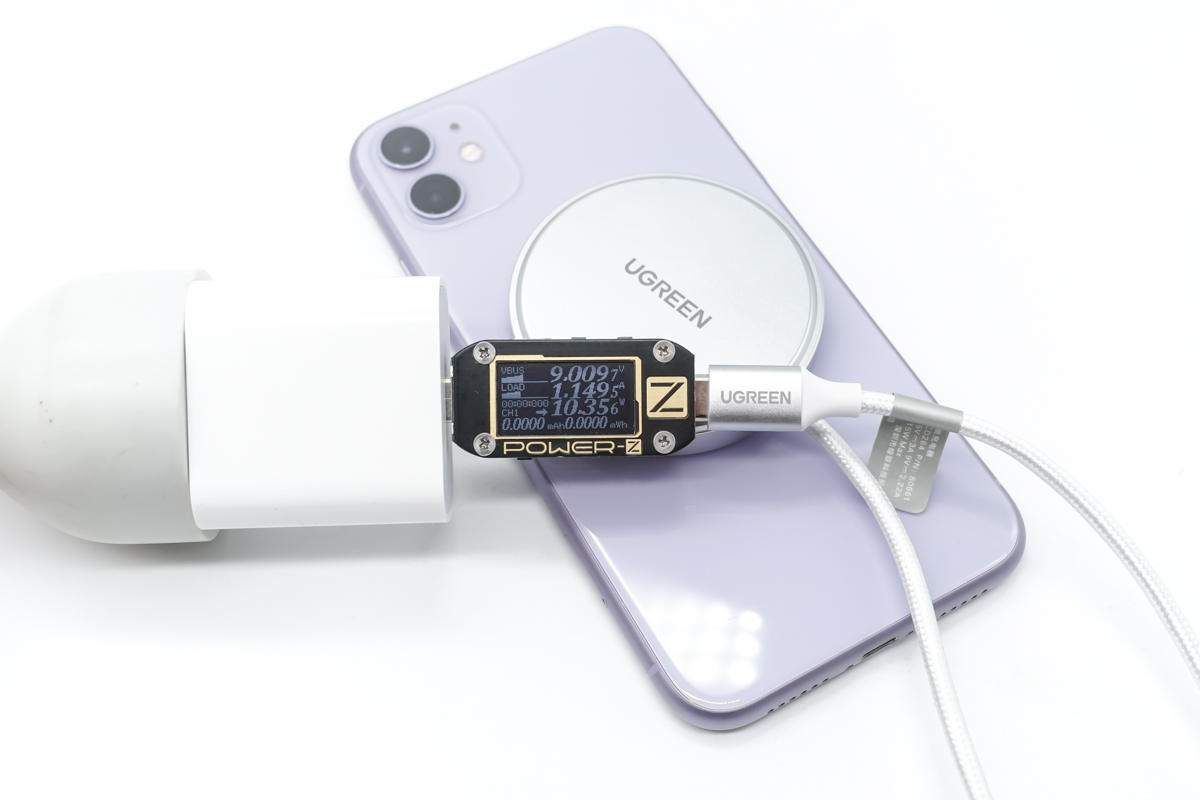 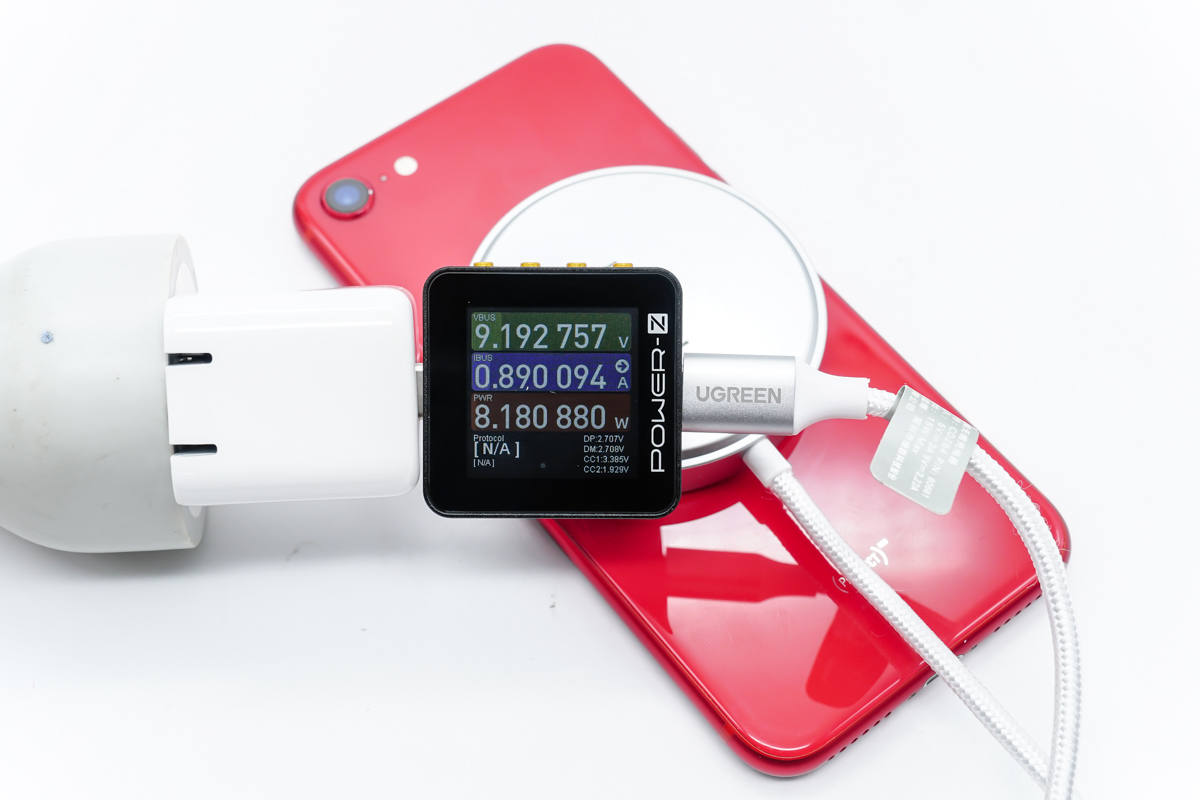 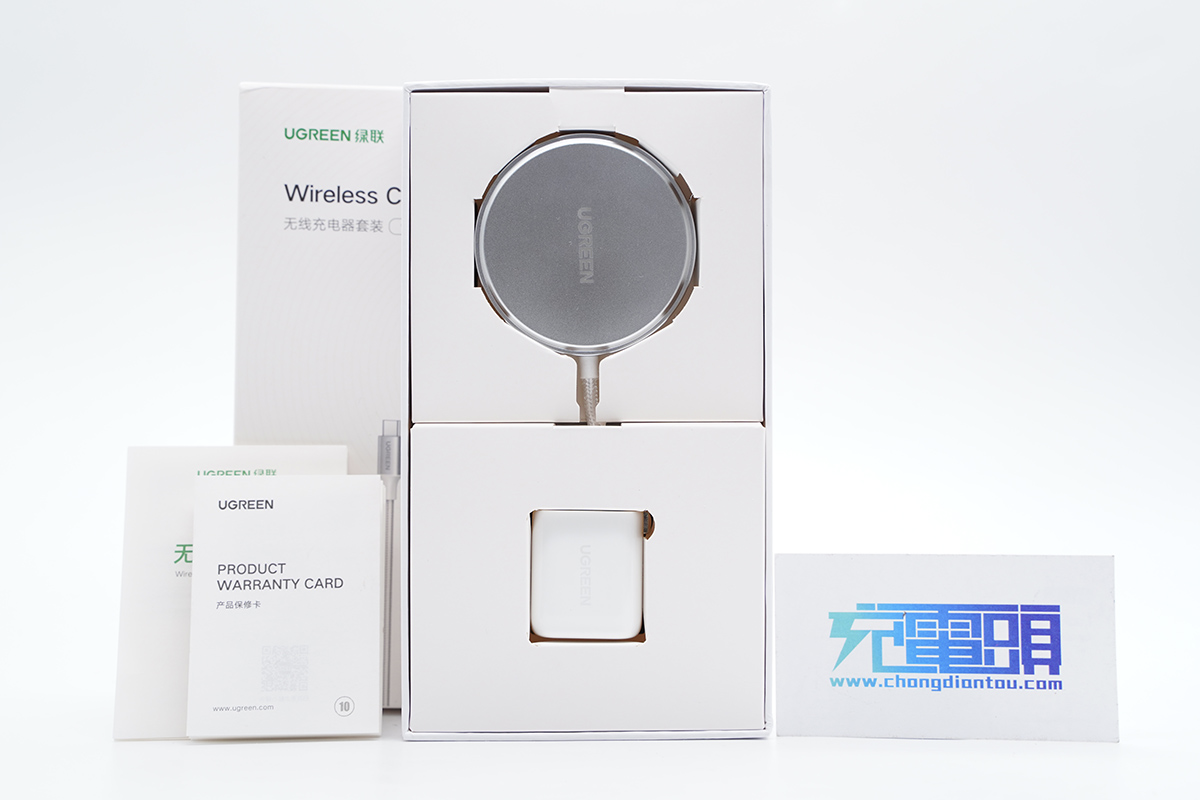 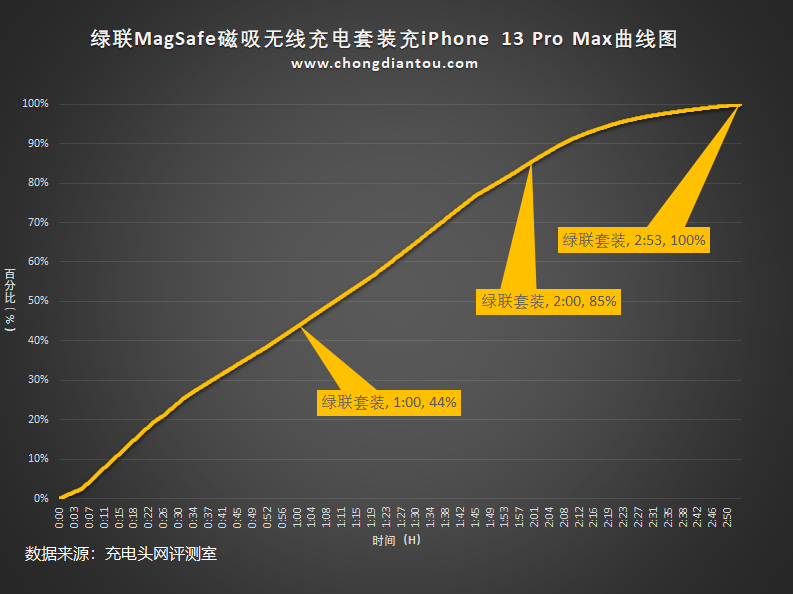 What will happen with other chargers? Next, use the Apple 20W PD charger with wireless charging to charge the iPhone 13 and iPhone 12. All mobile phones are charged. 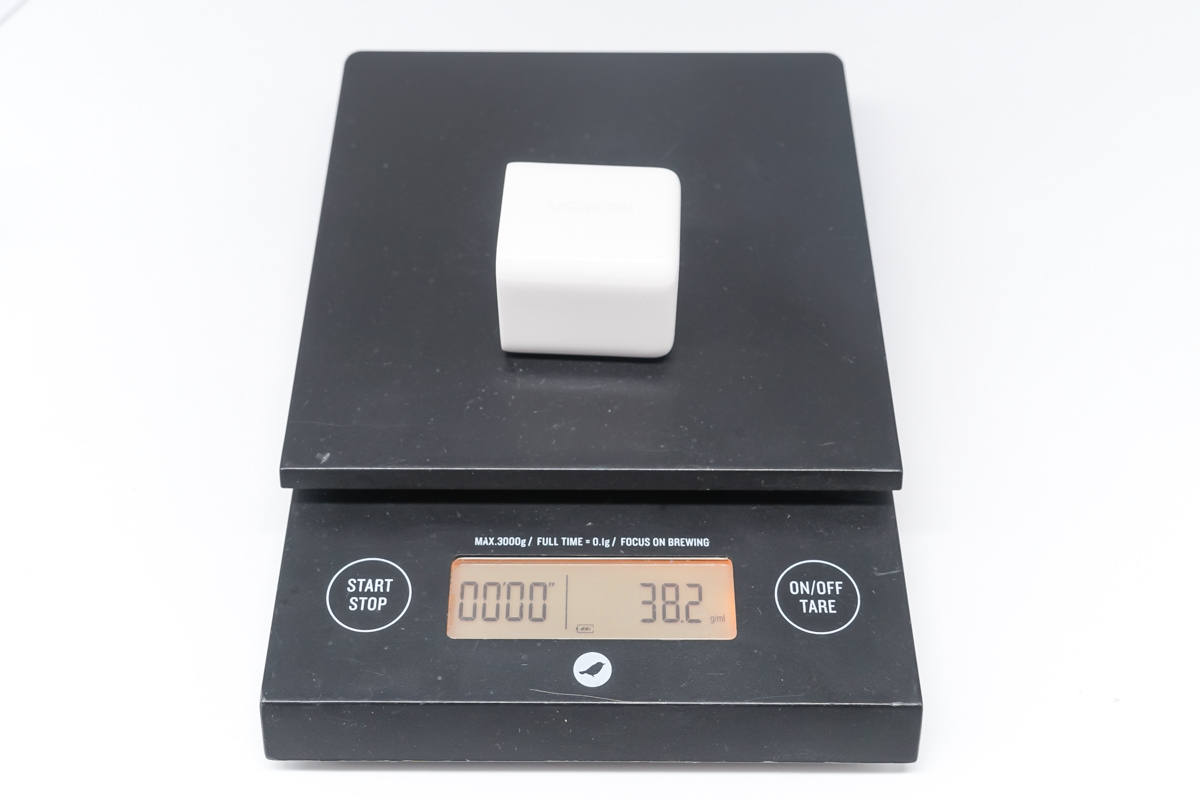 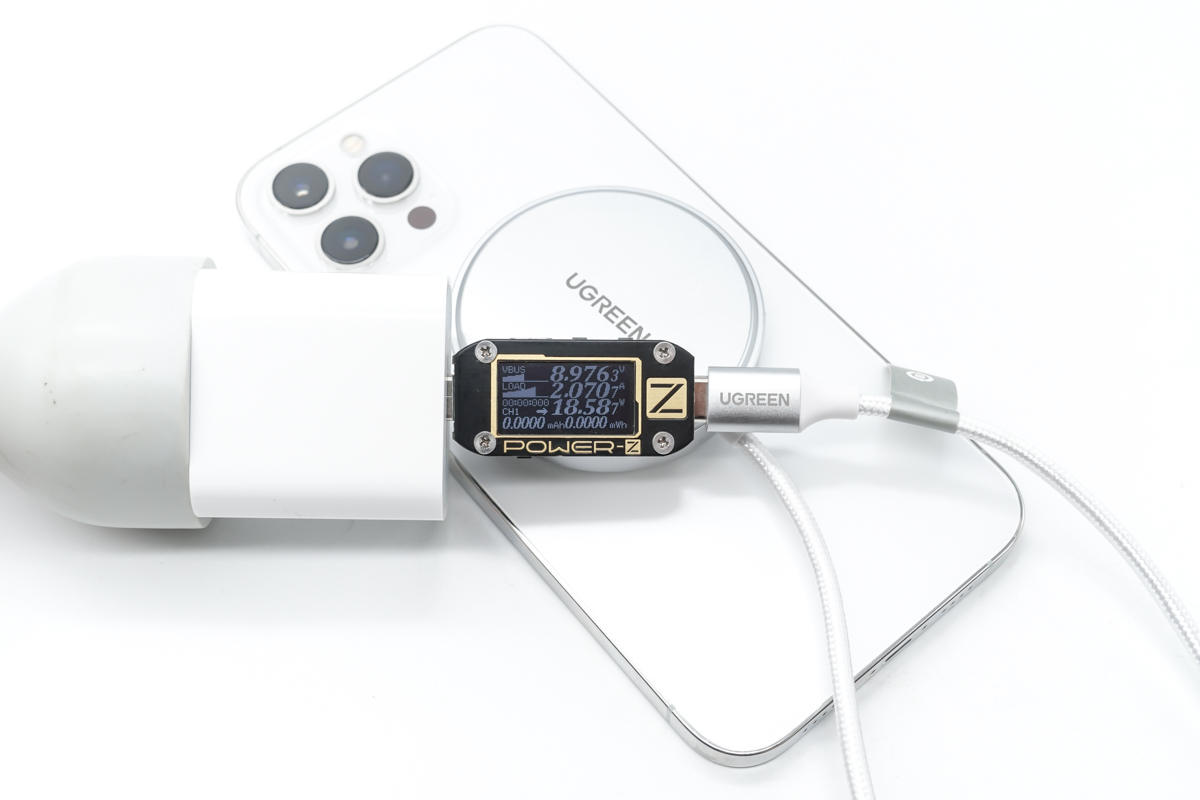 After watching the model that supports the Magsafe magnetic suction function, then use the 20W charger with the inside of the packaging box, with the wireless charging iPhone 11, iPhone SE2 charging. 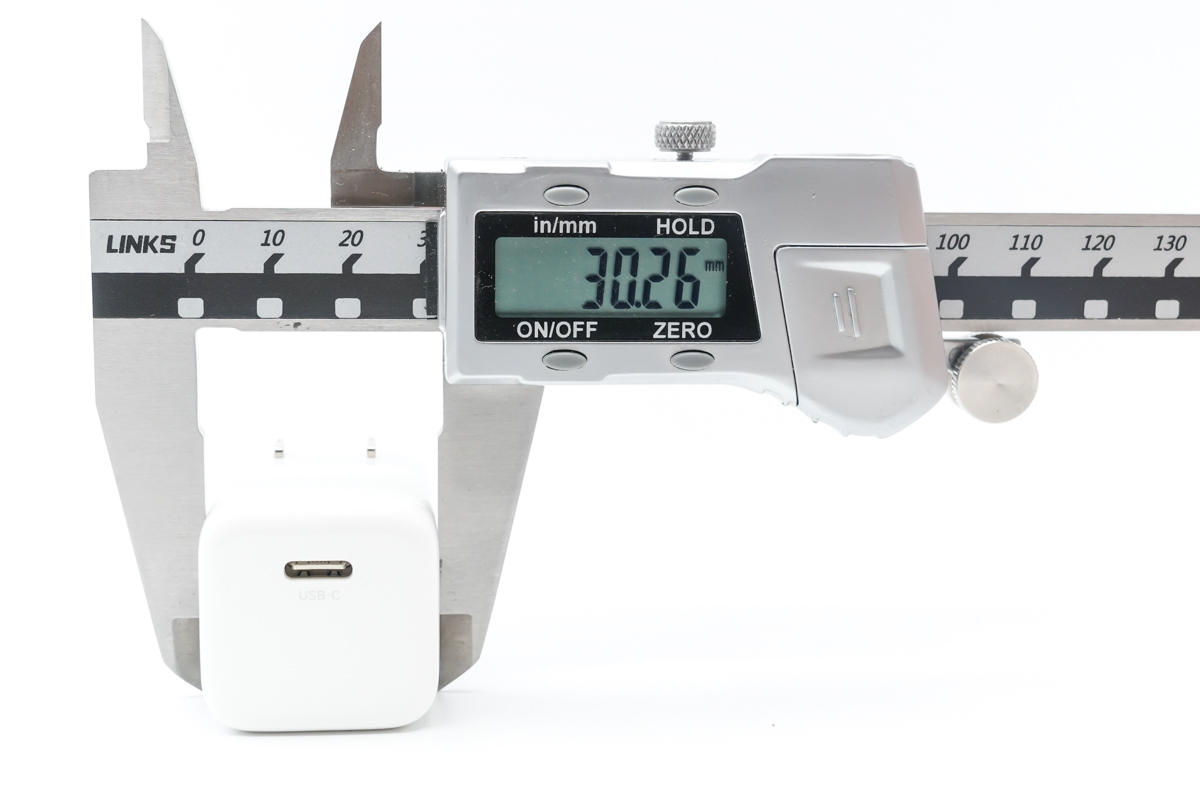 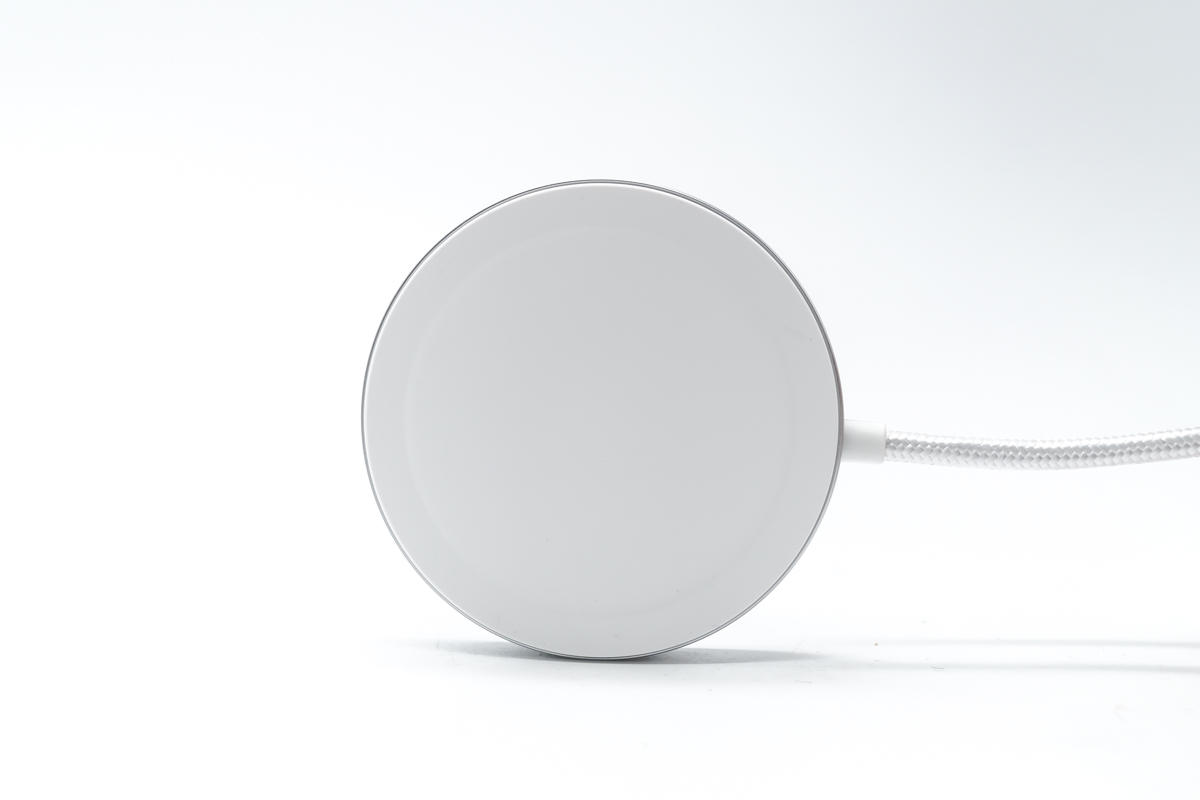 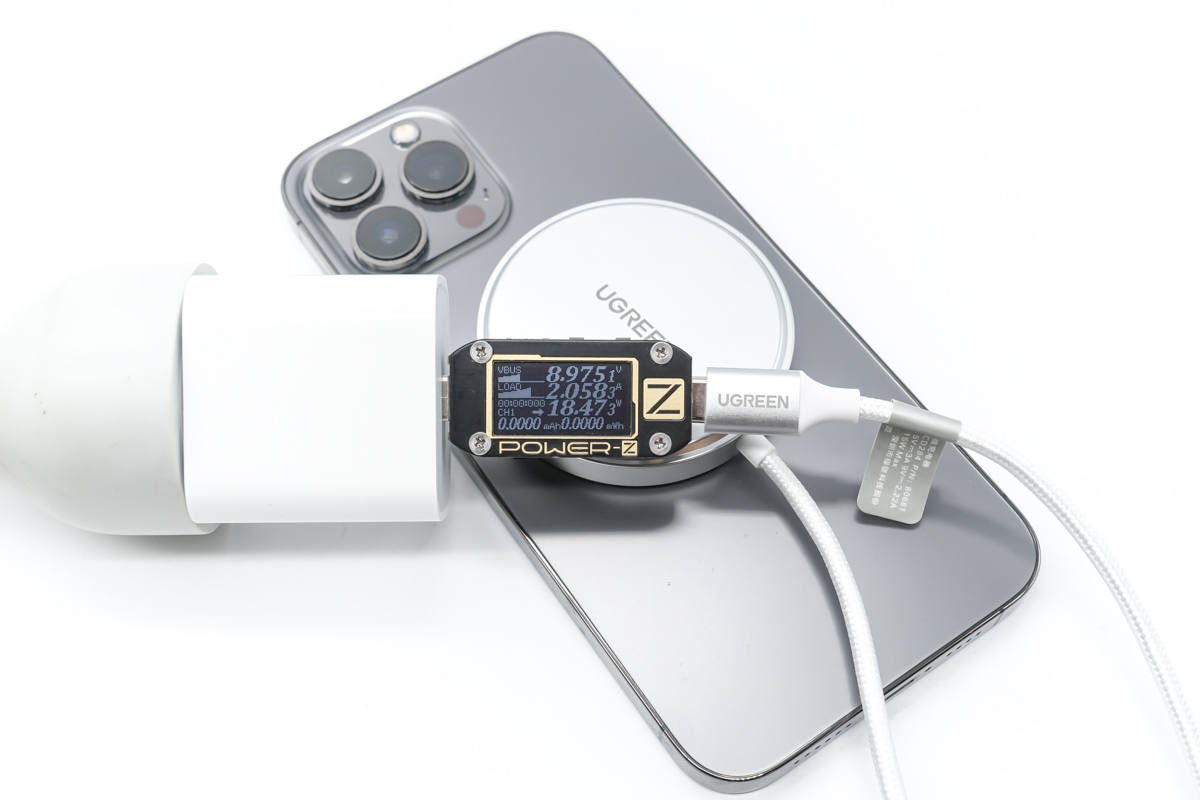 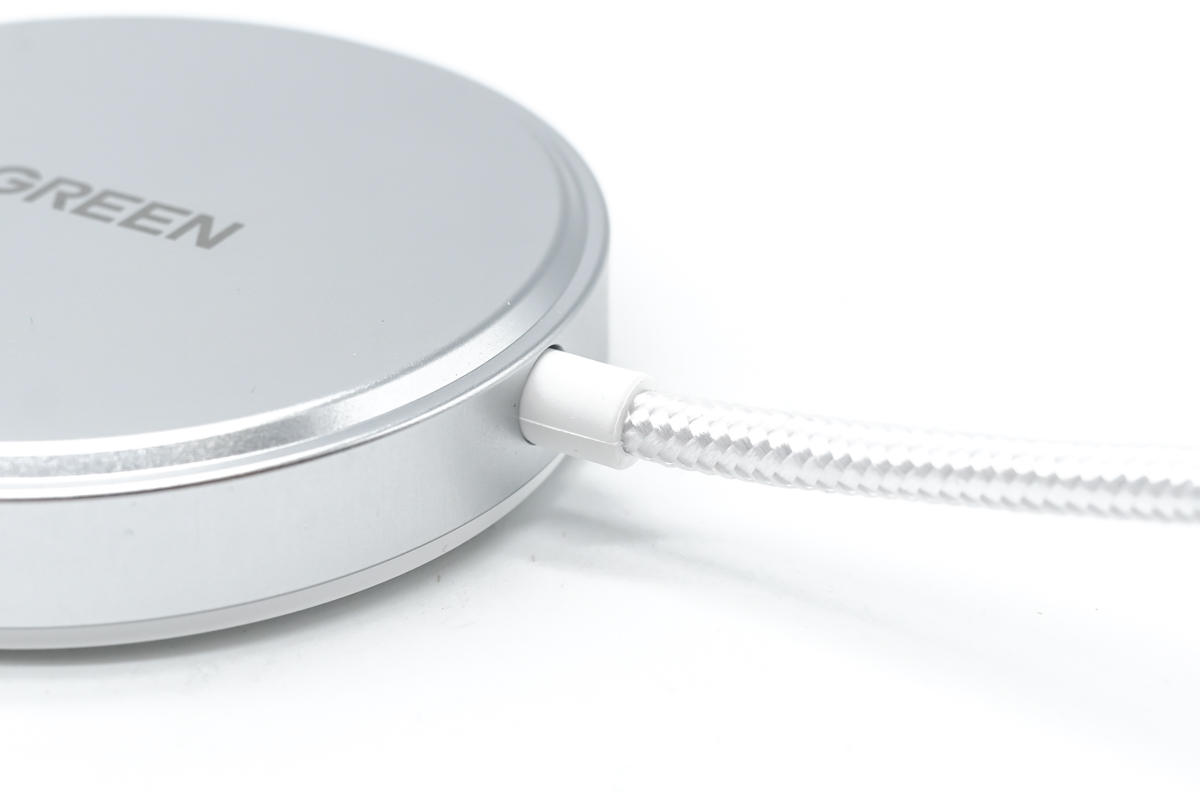 This is the data change that uses the Greenlian Magsafe magnetic wireless charger set to the iPhone 13 Pro Max charging. The maximum power is 18.31W, which ends at 2 hours and 53 minutes. 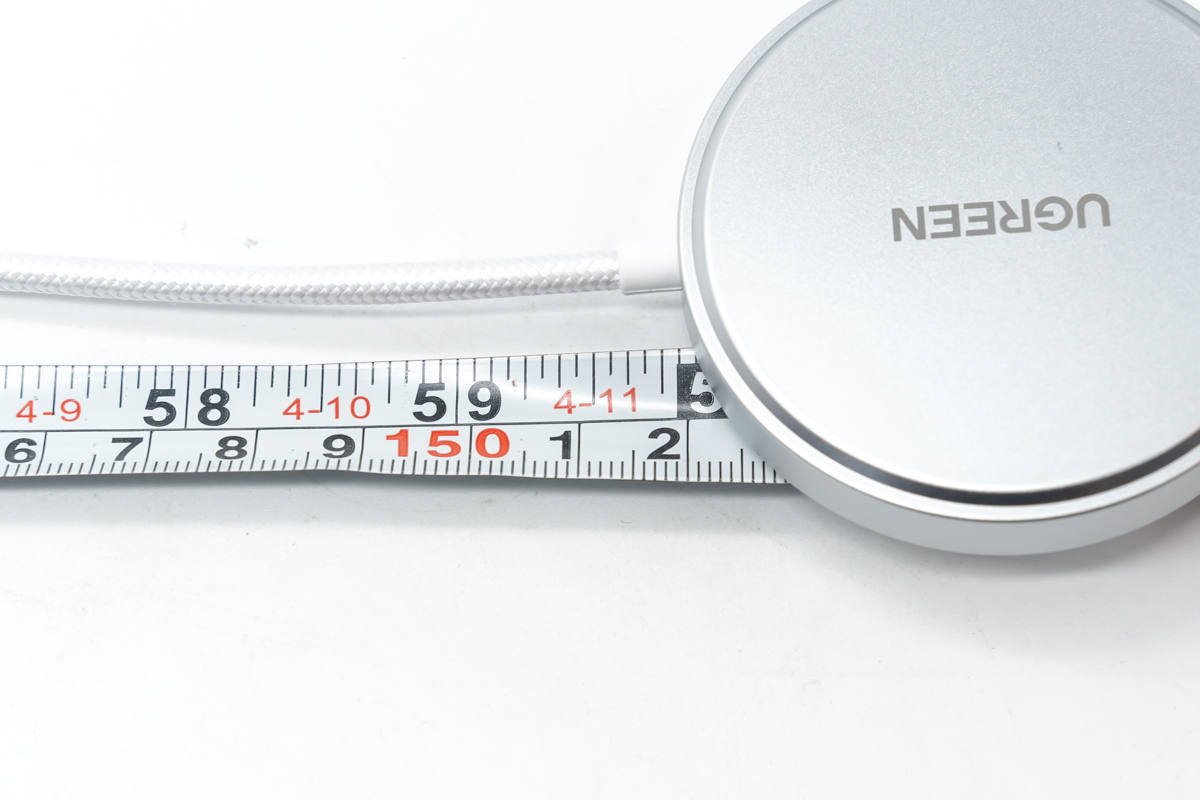 For the green data test in the Greenlord Magsafe magnetic wireless charger is the iPhone 13 Pro Max charging, the whole process is based on a constant temperature box of 25 ° C. The power in the whole process of changes began to decrease at about 1 hour 44 minutes, so the temperature collection selected at about 1 hour 44 minutes to use the thermal imaging instrument to shoot the back of the phone back.

After 1 hour 44, the maximum temperature of the magnetic wireless charging on the back of the phone is 41 ° C, which is located at the edge of the wireless charger.

At present, there are very few third -party magnetic wireless wires certified by MFM certification. The slim power cords of Apple Magsafe chargers are easily worn, and users have been criticized for a long time. After Apple opens the authentication of the original wireless charging module, the addition of old third -party accessories manufacturers such as Green Lianlian provides users with more personalized and practical choices. The performance is the same as the MFI certification data cable. It has an apple endorsement.

The aluminum alloy shell of the Green Union Magsafe magnetic wireless charger is strong and durable, as well as the power line. The length of 1.5 meters meets daily use. The weaving is extended to the end of the line. Weighing. In terms of charging performance, it is aligned with the Apple Magsafe charger. Not only the Magsafe model can be used, but the old model and Android machine such as iPhone 11 can also be used.