Which sugar -free yogurt taste is the best? 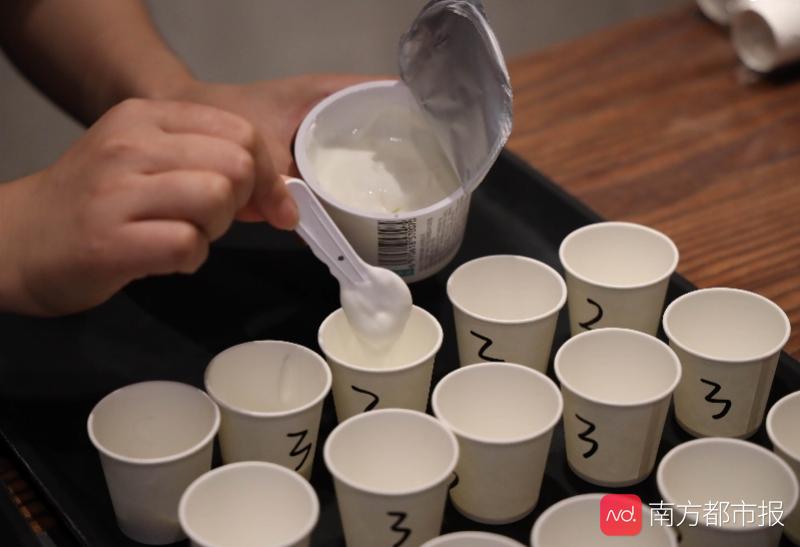 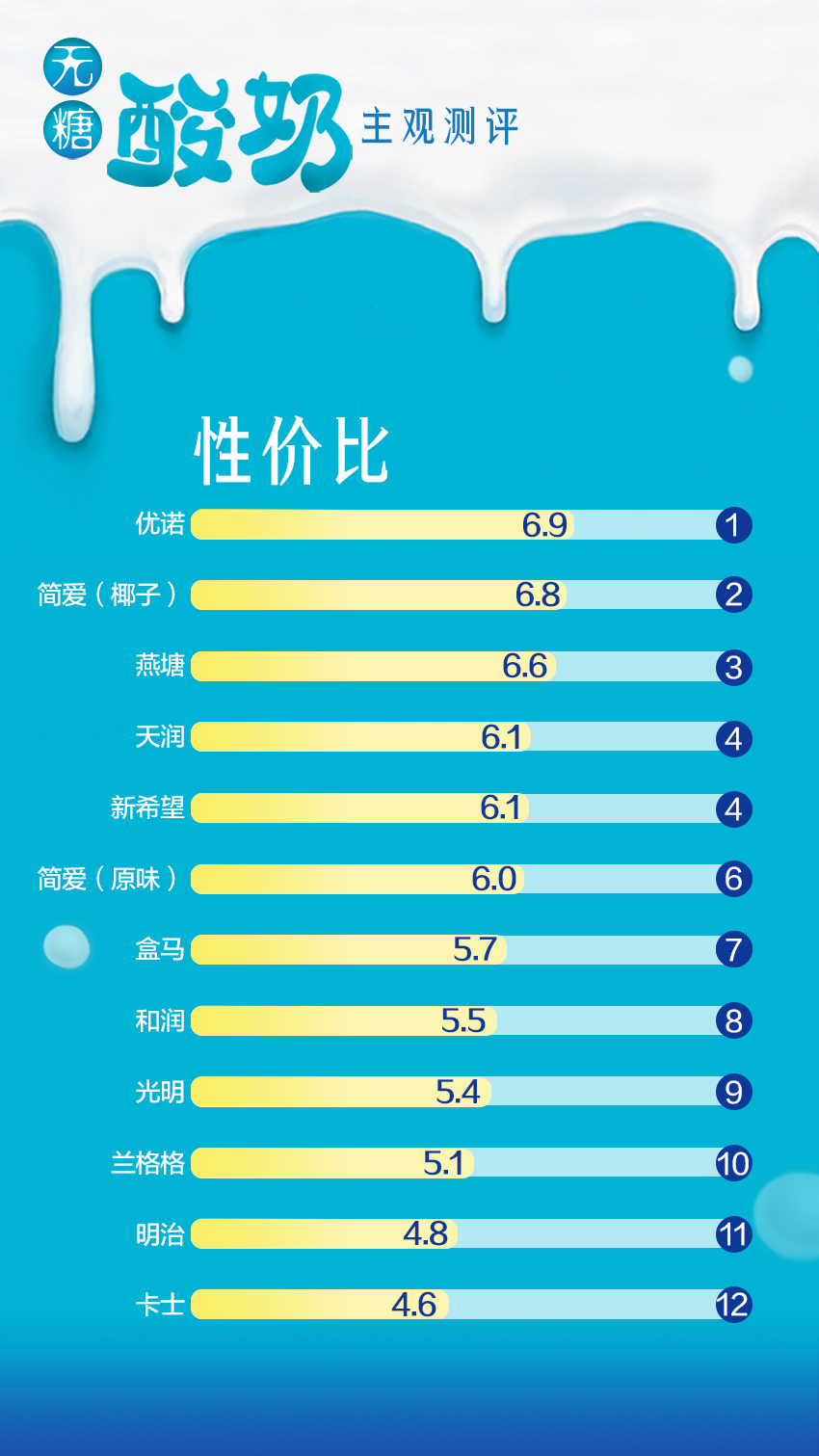 (Note: This time, the sugar -free yogurt observation evaluation is adopted, that is, consumers do not know the yogurt brand they try. The evaluation results are only for consumers to buy product reference, and do not constitute recommendation and publicity of any related products. The price is subject to actual purchase.) 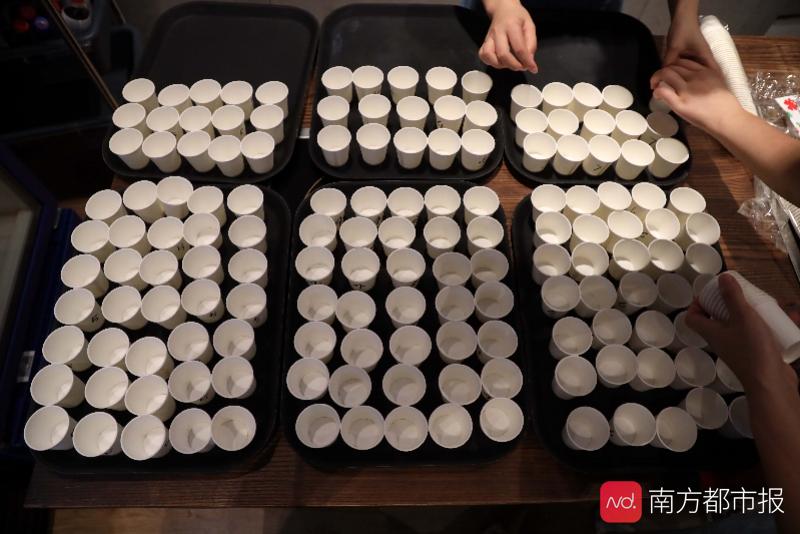 The staff is preparing to try the cup.

The staff poured the yogurt into the paper cup with a number.

Due to different personal preferences, all the evaluations are all blind testing. Nandu Jianwei Troupe made 12 samples in advance and paid small cups in order. During the trial and eating process, the trial staff did not know which brand of products they were evaluated, and ensured fairness and objectives to the greatest extent. Finally, the test guests were reviewed from the six dimensions of milk fragrance, fineness, consistency, sweetness and sweetness, cost -effectiveness and recommendation index.

The sugar -free yogurt observation and evaluation activity was held in a fresh supermarket in Guangzhou on July 23. Among the 50 testers recruited in advance, most of them are women. From the perspective of their homes, more than 2/3 people come from Guangdong, and the rest are from Chongqing, Jiangxi and other places; the proportion of test customers aged 18-40 accounted for over 70 %. At the evaluation site, every time the test guests were tried, they wrapped their mouthwash and then tried the next sample. After that, they scored each dimension and gave their comprehensive evaluation of the sample.

At the trial site, the test guests were scored in trial eating for sugar -free yogurt samples.

After testing, the test will score multiple dimensions on each yogurt.

For this time the sugar -free yogurt trial activity, some test customers give praise. Such activities are very good, so that our sugar -free yogurt enthusiasts are exposed to many brands at once. Regarding the tasting activity, the tester said that it was a bit dazzling to taste so many flavors at once, but calm down can still distinguish the characteristics of each product.

Multiple index scores are low ranking at the bottom

(This result only represents the subjective trial experience of consumers, which has nothing to do with the quality of the product.)

According to the score statistics, Jane Ai (coconut), the comprehensive score of 7.2 points is ranked first. From the perspective of the dimension and recommendation index dimension, Jian Ai (coconut) ranked first with 7.0 and 7.2 points, respectively, and other dimensions scores higher. The integrated scores of Younuo and Cask are ranked second and third, respectively. Among them, from the perspective of fine degree dimensions, You Nuo won with an absolute advantage. The score of 7.9 points is the highest degree of delicate dimensions. In addition, the milk flavor and cost -effective dimension still ranks first. It is only 0.1 points from the first Jane Ai (coconut).

The comprehensive ranking of Cask and Jian Ai (original) ranked third with a score of 6.2 points. Caspy ranked first in the consistency dimension with 8.5 points, but because its price is the most expensive, it ranks first in the countdown of cost -effective items, so it is not as good as the overall ranking of Younuo and Jane Ai (coconut). Although Jian Ai (original) is not particularly outstanding in certain dimensions, the scores are high, so the overall ranking is also third place. In addition, the Meiji and Lamgge scores of 4.7 and 4.9, ranking first and second, respectively. In addition, the three dimensions of the Milk Slood, consistency, and sweet and sourness are the lowest points, and some people directly talk about “difficult to drink, don’t love”, “can not be produced and sold”, and the results show that the comprehensive ranking is the end. Langeg’s recommendation index dimension score is the lowest, and although several other scores are not the lowest, the score is generally low, so the comprehensive ranking is the second.

Meiji was talked about “no milk fragrance”

In terms of milk fragrance that many consumers attach great importance to, the three yogurts of Younuo, Jian Ai (coconut), and Cask are ranked among the top three in the ranking of milk flavor with 7.3, 7.2, and 6.6. Among them, the test guests have a high evaluation of the taste of Youno, ranking first in the milk fragrance dimension. Eight test customers have evaluated their “milk fragrance” and “milk flavor”. For Jian Ai (coconut) this yogurt, 17 of the 40 test customers said that the coconut scent and milk flavor liked it, saying that it can make the taste richer.

The two yogurts in Langege and Meiji, which are comprehensive ranking, are still countdown in the ranking of milk fragrance dimensions. The 17 testers gave Langege a low score below 5 points, evaluating its “lack of milk fragrance”, “milk fragrance is lighter”; Meiji was spit out by many people “no milk flavor” and “can not taste milk flavor. “The 19th test guest gave it a low score below 5 points, of which 5 of them scored only 1 point.

Caspiene is the highest consistency

He Run was talked about “too thin”

In terms of consistency, Cartes scored 8.5 in the consistency ranking, ranking first. Geno ranked second with 8.1 points. Jian Ai (coconut) and Guangming two yogurt tied for third with 7.2 points, 0.9 points from the second place, a large gap. Regarding the number one in the context of Cascia’s sugar -free yogurt, the industry explained that the reason why this yogurt is so thick is because of different manufacturing processes. The tester also commented on its “high consistency”, and 12 testers gave 10 points, so Caspo scored far exceeding other brands.

For the second place and the third Jian Ai (coconut) and Guangming three yogurt, several evaluations show that its “high consistency”, “good consistency”, and “better consistency”. Four of the test guests gave Youno 10 points, and none of them gave a low score of less than 5 points, so they ranked second with a good score of 8.1 points. Statistics show that Meiji did not evaluate this dimension at the bottom of the consistency dimension, but the score is generally very low. Nine tests given a low score of 5 points; There were 4 test guests that “not thick enough”, “relatively sparse”, and some people directly vomited “too thin”.

Younuo’s taste is the most delicate 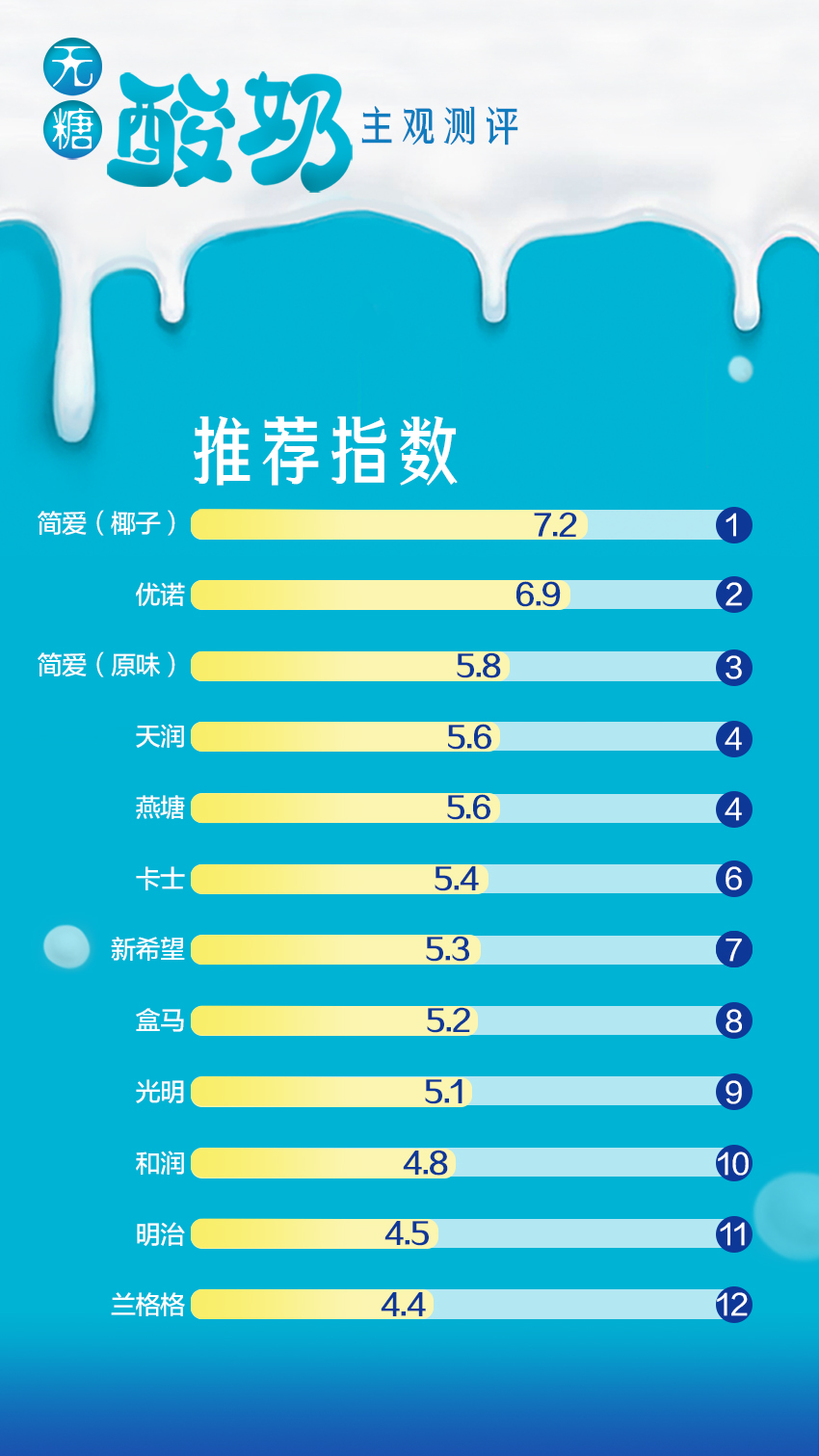 In the ranking of fine degree dimensions, Geno ranked first with 7.9 points. Jian Ai (coconut) and Kas followed closely, ranking second and third with 7.5 and 7.0. In this dimension, Langege and Meiji scored 5.4, ranking the penultimate, Hema scored 5.3, ranking first. Among the 25 evaluations of Geno, 16 positive evaluations, many test guests said “smooth taste”, “delicate”, “best taste”, etc. The other nine are neutral evaluations. They feel average and have no negative evaluation.

In addition, Jian Ai (coconut) and Cask also scored high, ranking among the best in the fine degree. Among them, 7 test customers evaluated Jian Ai (coconut) “delicate taste”, “smooth”, “smooth”, etc.; 5 test customers evaluated the “fineness”, “smooth taste”, and 5 with 5 The test guest gave a high score of 10 points. Langegg Inner Mongolia’s original yogurt, 12 test guests given a low score of 5 points. 8 test guests evaluate “not delicate enough”. “It is rough”, “the texture is bean rot, not smooth enough.” In the pen. Hema, 11 testers gave a low score of 5 points. Because of the state of waterlifting shortly after the opening, many trials believed that their products were not good. 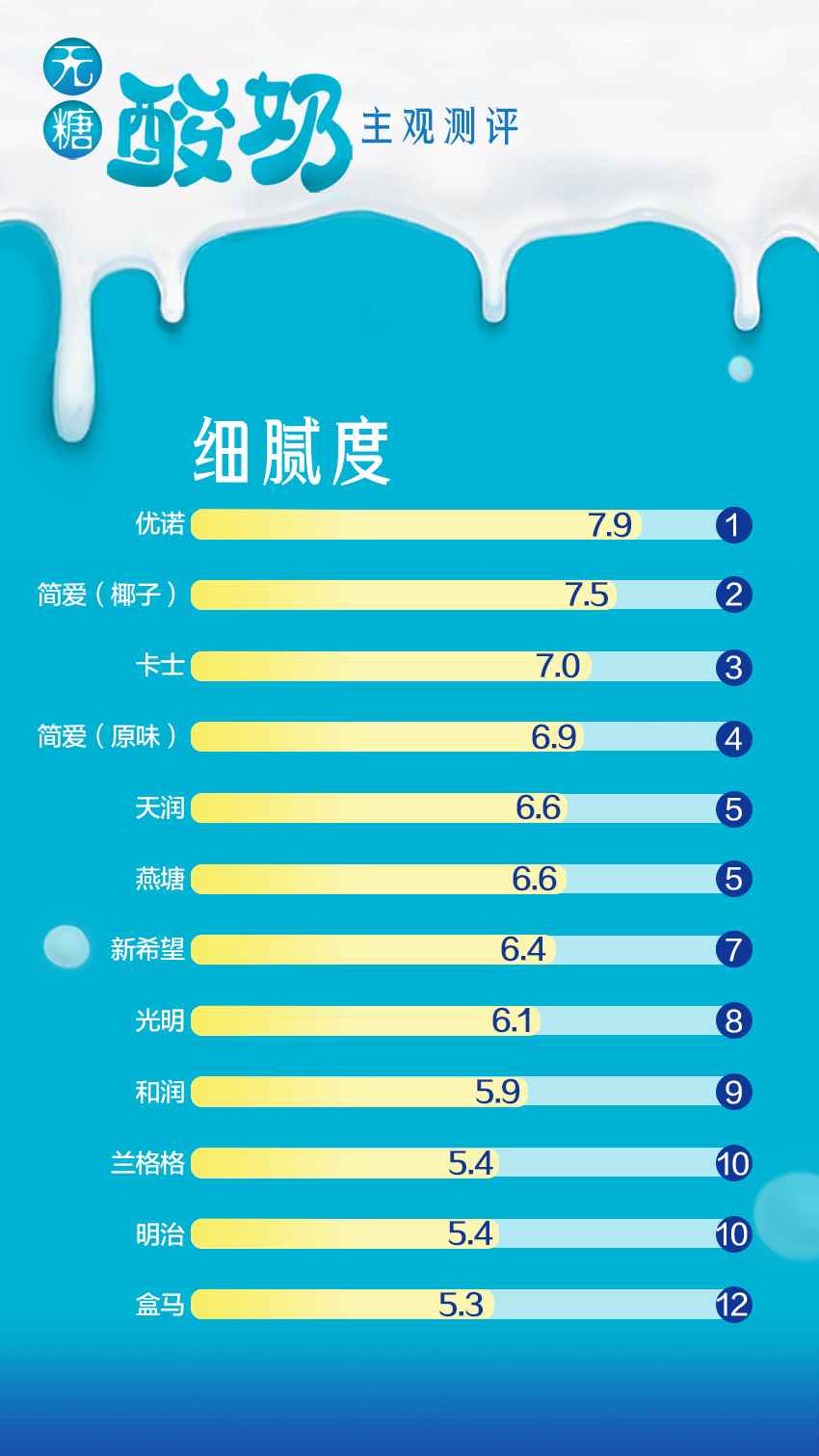 Although yogurt is called yogurt, it will affect its taste whether it is too sour or too sweet. The evaluation results show that Jian Ai (coconut), Younuo, and Cask three yogurt ranked among the top three in the sweet and sour list. The test guests evaluated the sweetness and sweetness of Jian Ai (coconut). More than 7 evaluations believe that its “sweet and sourness is moderate, suitable for the public taste”, and “coconut flavor covers the sour smell.” In addition to gained good results in milk flavor and delicateness, Younuo ranked second in the sweet and sour ranking, ranking second with 6.6 points. For Cascia, 5 testers gave a full score of 10 points. Four test customers evaluated their “sweet and sourness”, so they scored well in the dimension of sweetness and sweetness, which was close to the top three.

He Run and Meiji ranked second in the penultimate and countdown with 4.5 and 4.3. The last Meiji of the ranking, 19 of the 40 test guests gave a low score of 5 points. The 20 evaluations said “too sour”, “too astringent”, and the test guest bluntly said “the sour taste of vinegar, “The taste is the most sour one, the first one does not want to eat the second bite, and the later adjustment is astringent.” 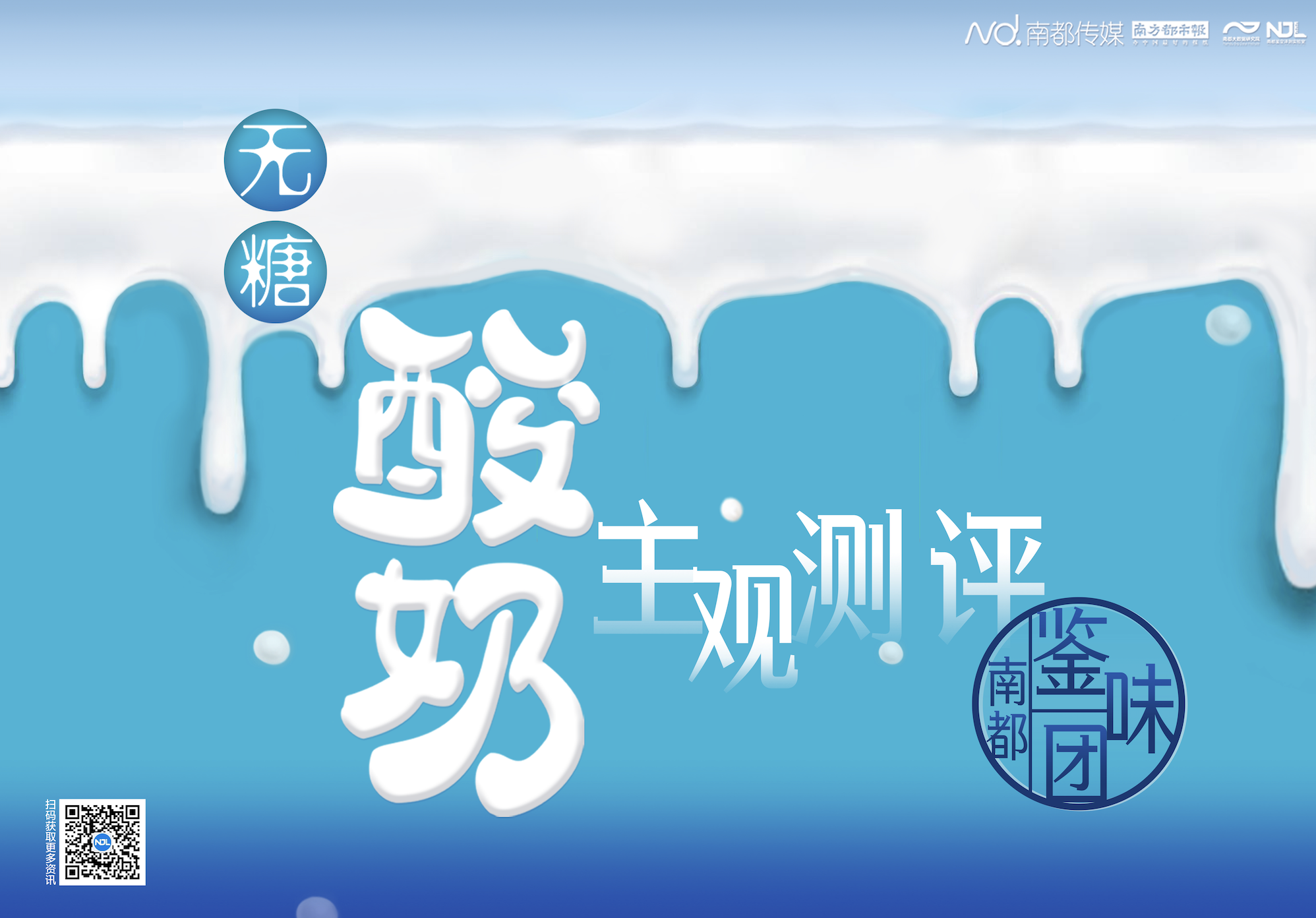 It is too expensive by many test guests 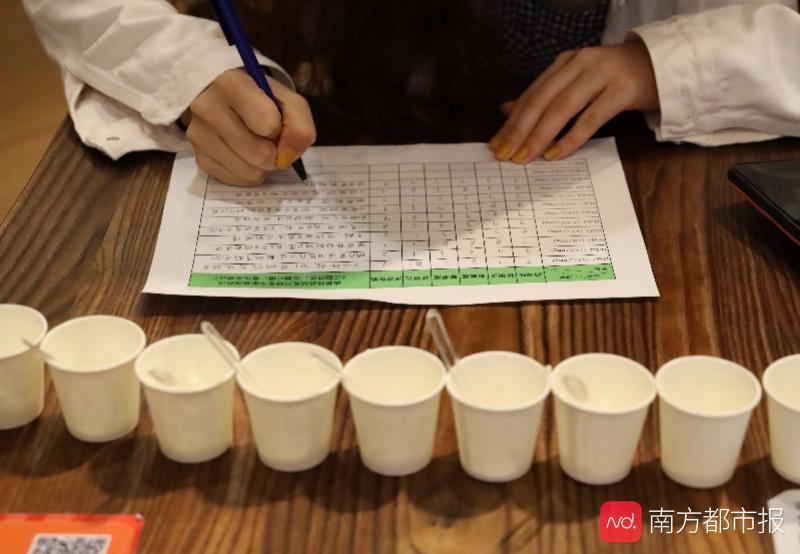 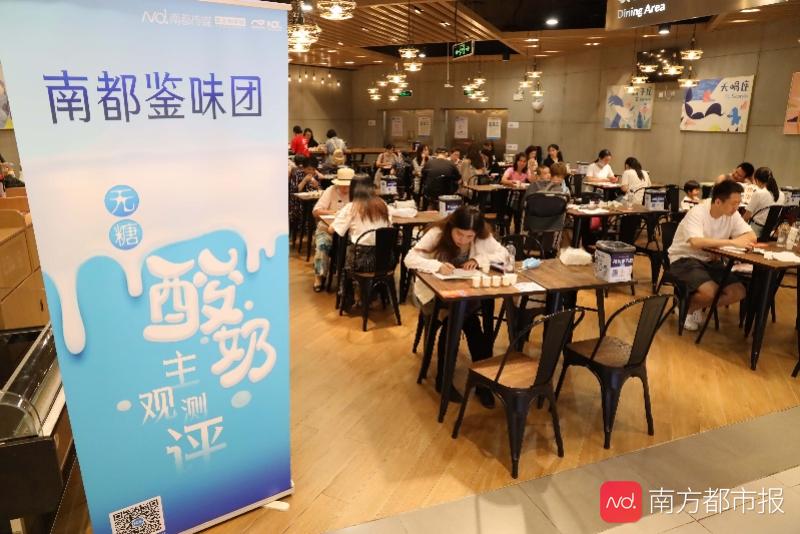 The 12 yogurt scores are different, and Geno ranks first in the cost -effective dimension with a score of 6.9. Jian Ai (coconut) and Yantang ranked second and third with 6.8 and 6.6 points, respectively. Among the 12 yogurt, the unit price of Yantang is the cheapest, which is 2.5 yuan/100g. Its cheap price has an absolute advantage in the cost -effective competition. Five testers scored 10 points. “”. Although this yogurt is cheap, there are 12 test guests who say “too sweet” and “not like sugar.”

Meiji and Kashi ranked second and the first. It is worth noting that Cascia, which has a comprehensive ranking third and consistency first, ranks first in the countdown with a cost -effectiveness of 4.6. “High”, 21 testers gave a low score of less than 5 points. Although the price of 21.9 yuan/100g cannot be accepted, most people say that “delicious”, and some testers say “you can buy it.” 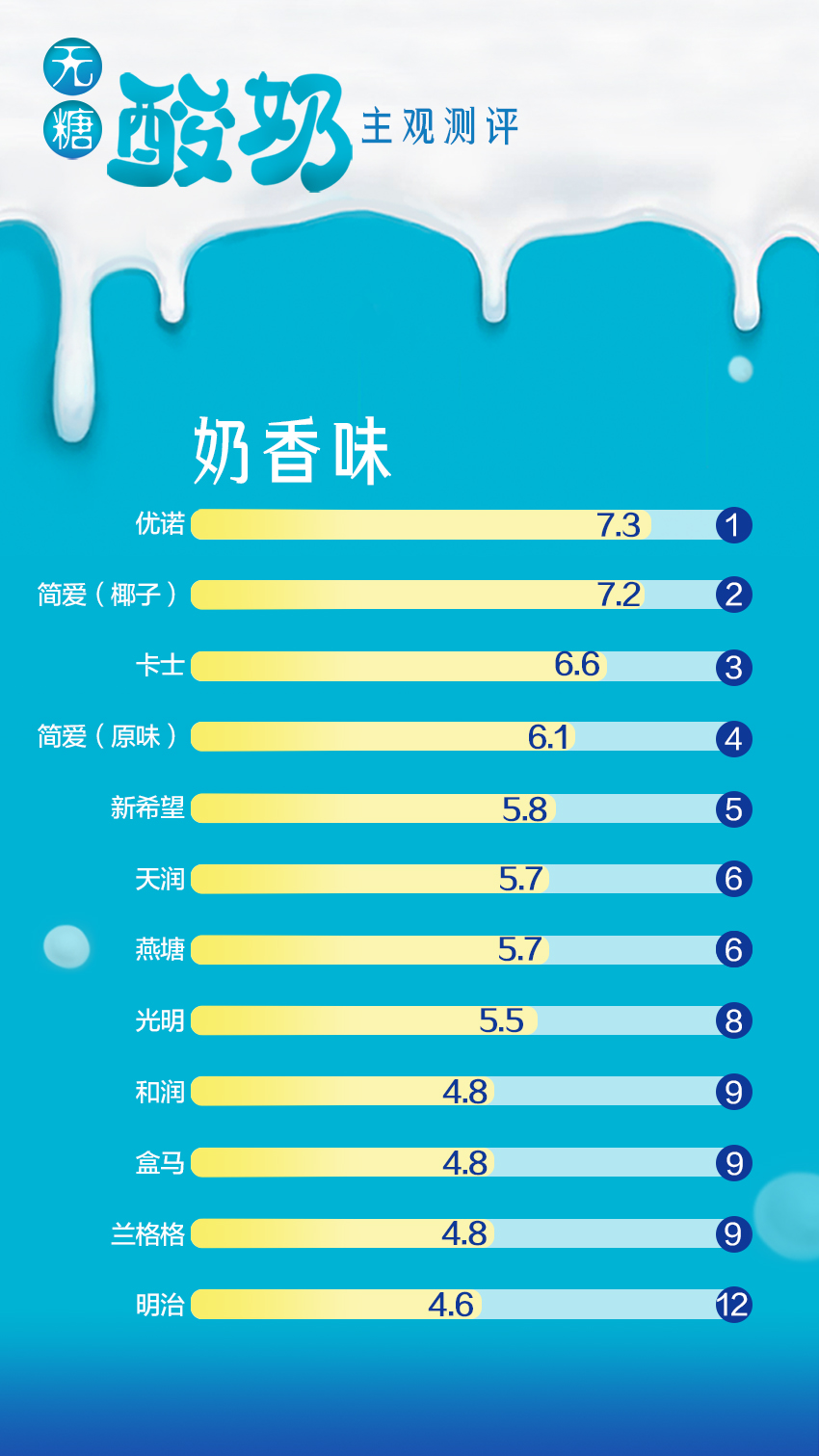 Langege lost to the countdown of Meiji 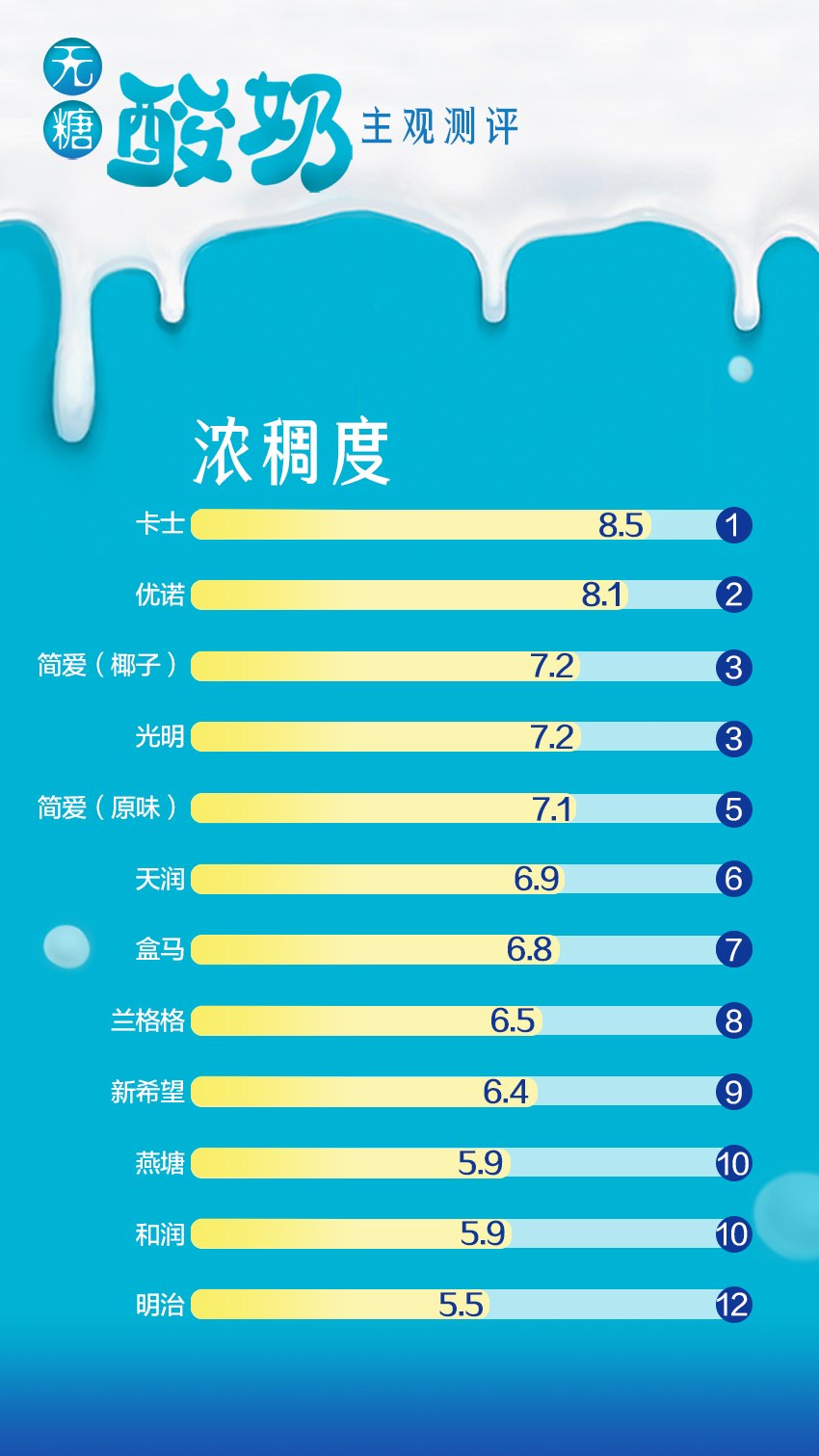 Do not add sucrose

A few days ago, the World Health Organization issued a “sugar limit order”, and infants and young children under the age of 3 prohibited sugar! A survey report from the World Health Organization stated that from 2016 to 2017, infant foods on the market in some countries were sampled. During the testing, some producers added Guo Rong and others to increase sugar. If these foods are eaten frequently, it will cause a variety of health damage such as dental caries and obesity. WHO recommends that food manufacturers should not add sugar or sweeteners to baby food. If they contain candy and juice and other sugary drinks, they need to be attached to the label, indicating that the product is not suitable for children under 3 years old. 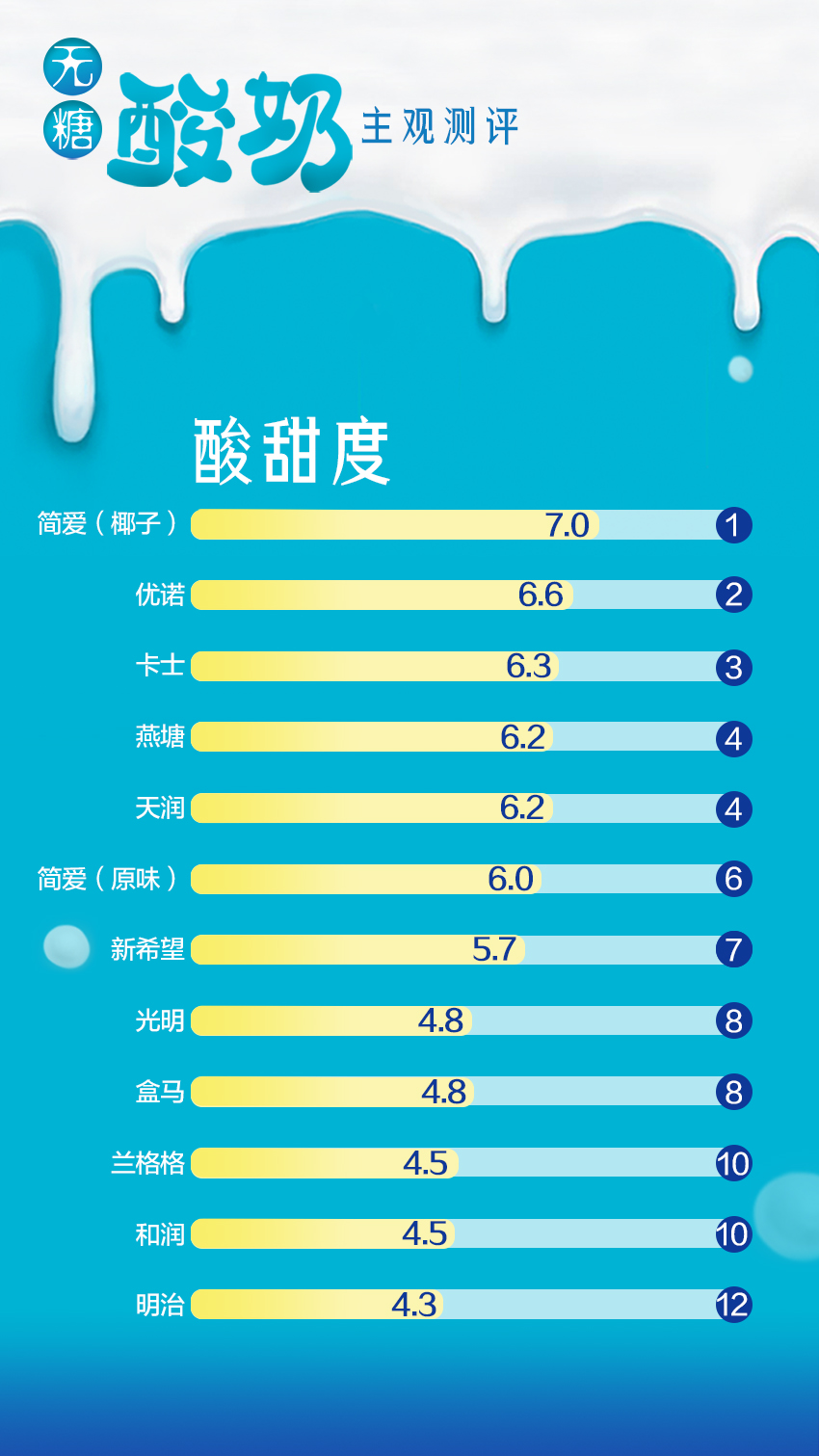 The “free sugar” that the World Health Organization requires restrictions refers to sugar (such as glucose, fructose) and bicosecol (such as sucrose) and sugar that naturally exists in honey, syrup, juice and concentrated fruit juice. In fact, this is not the first time that the WHO has released the “Sugar Limit Order”. The intake of free sugar, whether adults or children, are recommended to control the intake of free sugar to less than 10%of total energy intake daily, it is best to be further limited to less than 5%.

How to know food like sugar -free yogurt? Does sugar -free yogurt really have no sugar? People in the industry said that sugar is divided into two types: “sugar” and narrow “sugar”. The narrow “sugar” refers to the sugar we mostly use, such as sucrose. “Sugar” in a broad sense refers to all carbohydrates, including sucrose, flour, glucose, fructose, etc. Because it is not sour that it does not add sucrose, it requires a very high process. In order to ensure the taste, the manufacturer usually chooses to add sugar to the taste. Therefore, most sugar -free foods on the market do not add sucrose, not sugar -free in the absolute sense, nor does it mean that there is no sweetness. 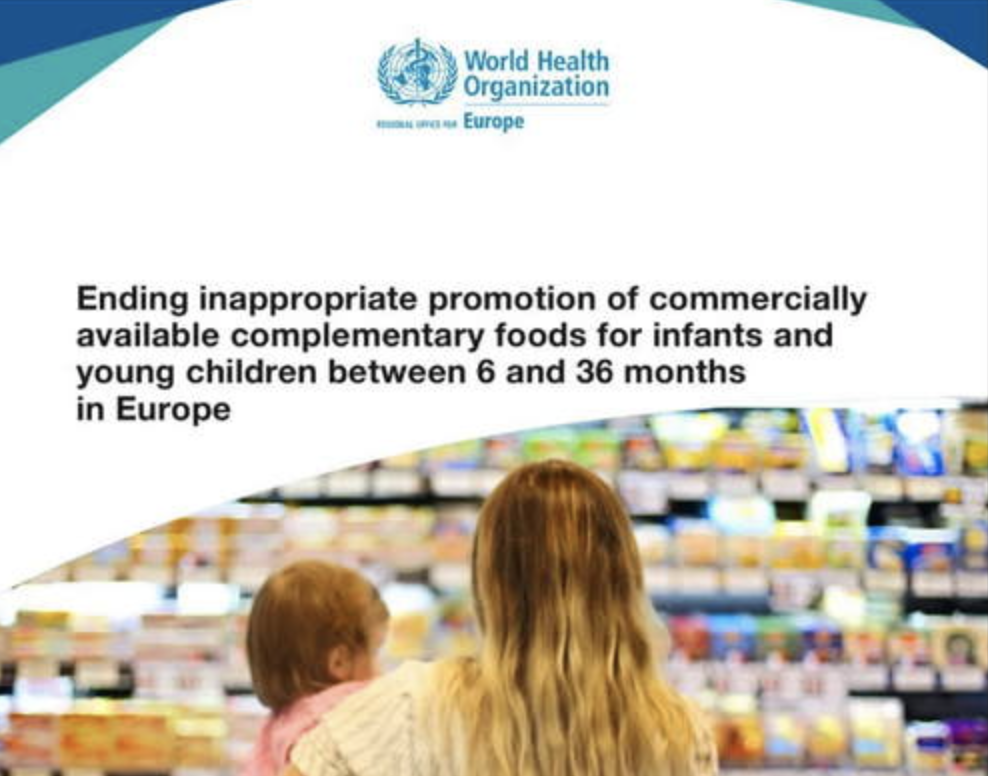 If you have related clues

You can also use WeChat/Douyin

Interact with “Identification Jun” at any time