On May 8, 2002, the world’s first “CCC” (hereinafter refreshing “3C”) certification was submitted to the hands of Haier Group’s air -conditioning product department. This story appeared on the “Red Finance and Economics Centennials” program on CCTV Finance Channel in mid -November, which aroused historical memories of a generation.

After a lapse of 19 years, Haier Air Conditioning has completed the transformation from air conditioning, air, to space, and the business has also grown rapidly by the driver of the scene ecology. Why did this former certificate be followed by CCTV again? What did 3C certification mean at the time?

Li Huailin, the former director of the China Quality Certification Center and the president of the current China Inspection and Inspection Society, said that this certificate printed with the “001” is a “pass” for Chinese manufacturing exports overseas markets, and it is also the ” new beginning”.

Made in China starts from this certificate

In order to be able to restore the facts of the year as much as possible, in the interview, the Haier air -conditioning employees participating in the 3C certification, the head of the former China Quality Certification Center, and the former national EMC laboratory leader and other sources. Surprisingly, when the significance of the 3C certification in that year, the three respondents gave an answer at the same time: the starting point of Chinese manufacturing overseas.

So why can 3C certification become the starting point of Chinese air conditioning or even the entire manufacturing export? This is also from the social environment at that time. An indisputable fact is that China has first entered the WTO in the early 20th century. The overall manufacturing level and quality management level are limited. The production of home appliances and other products produced is not recognized by foreign consumers. In the words of President Li Huailin: “At that time, Europe, the United States, Japan and South Korea were mainstream. Domestic consumers wanted to buy imported goods, let alone overseas consumers.”

With 3C certification, how is the quality management level made in China, it is clearly placed in front of international customers and global consumers. This also accelerates the export process made by China to a certain extent. 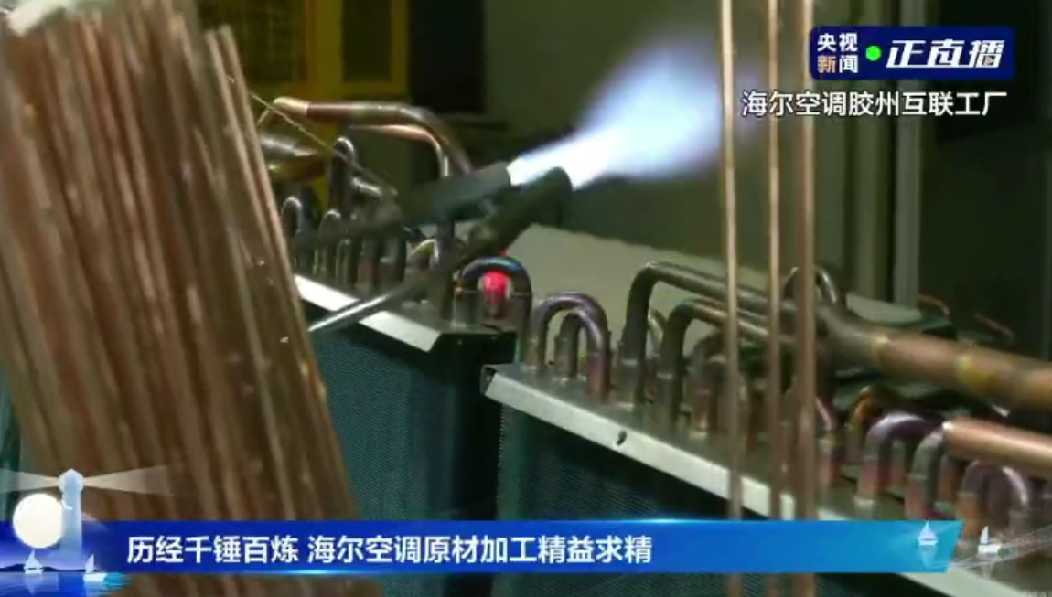 Due to the lack of hardware conditions such as technical background and laboratory, in 3C certification, the EMC (electromagnetic compatibility) test has stumped all walks of life. In 1998, Haier Air Conditioning established the world’s leading EMC (electromagnetic compatibility) laboratory, which can do the air conditioning EMC test. It can be said that Haier Air Conditioning has long been paved for the 2002 application certification work, and has obtained the “green card” of 3C certification in advance. 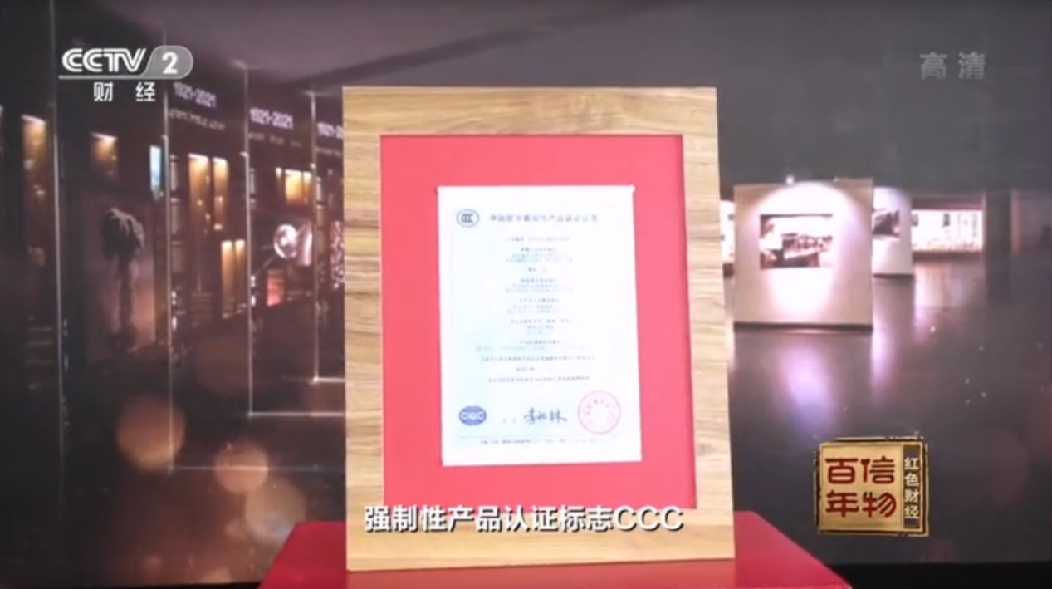 The product should be real, and the quality control processes such as various tests and experiments are not ambiguous. In terms of factory testing, Haier Air Conditioning has achieved AI intelligent detection and automatically determines the failure. In the Haier interconnection factory, a air conditioner must go through 3893 standard assessments, and it can go offline through 165 experiments of Blizzard, sun exposure, storm, and large winds. Each air conditioner that ensures production is real quality. 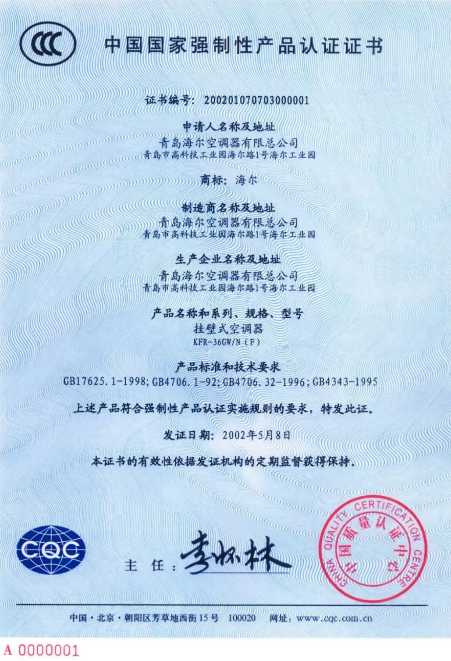 “The influence of Chinese manufacturing in the world is getting bigger and bigger. Haier Air Conditioning is a model for Chinese companies to go out.” President Li Huailin commented.

Starting from the first 3C certification certificate, over the years, Haier Air Conditioning has been leading the innovation and upgrading of the air -conditioning industry in terms of quality, standards, technology and other aspects. From high -quality air conditioners to healthy air, to customization of space scenes, Haier Air Conditioning has now taken the lead in entering the new scene ecological track, ushered in a new space for growth. Nowadays, not only Chinese people buy air -conditioning and other home appliances, more and more foreigners also like high -quality Chinese cards. In the process of making a big and strengthening in China, in the historical process of manufacturing power, Haier Air Conditioning is undoubtedly the participants and promoters of history.