Not only has the design of “three defenses”, not afraid of frozen 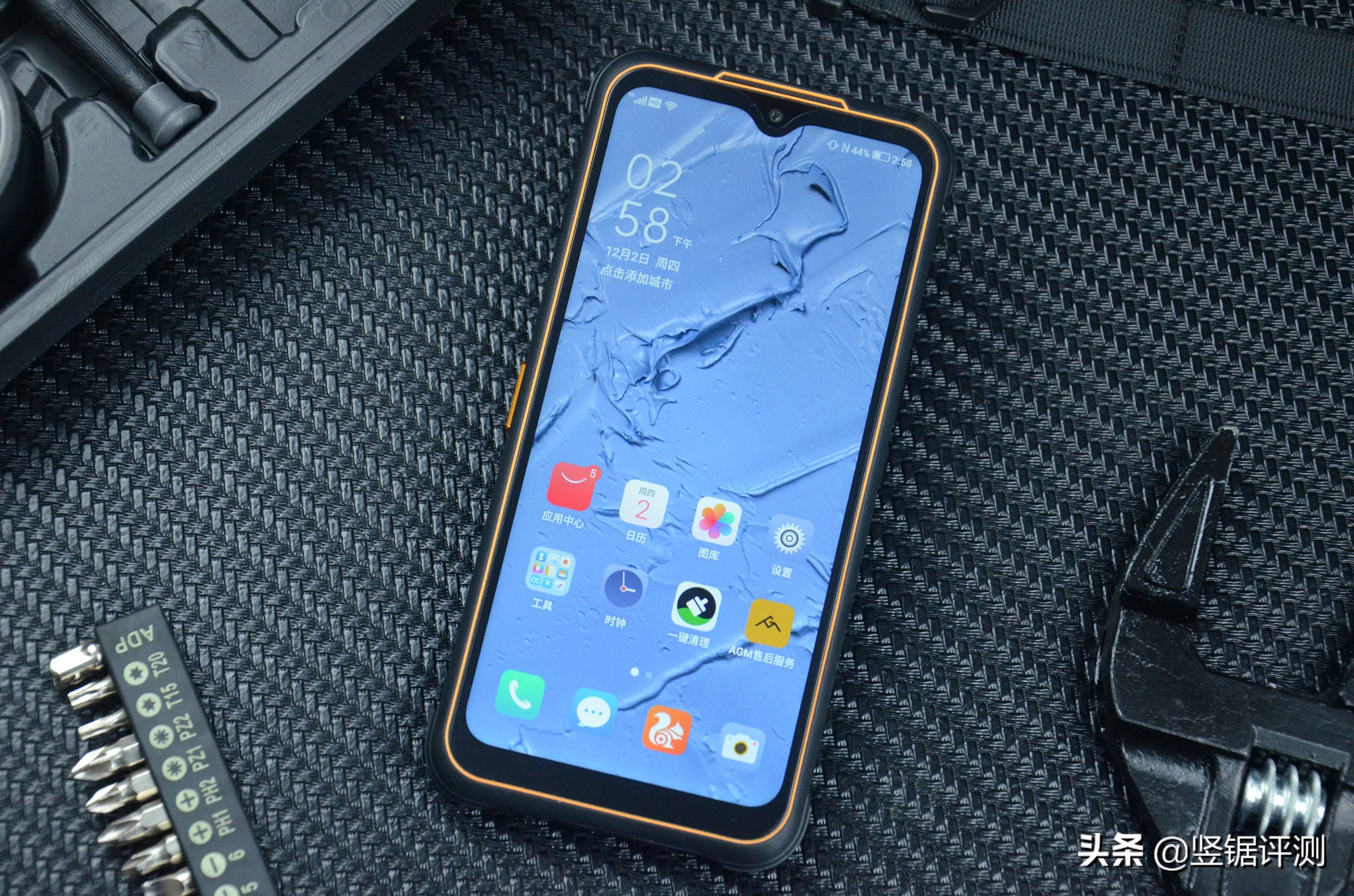 As a three-proof mobile phone, waterproof, dustproof, anti-fall can be said to be the most important design, I have partially measured AGM G1 Pro, for example: 1.5 meters fall in marble brick, AGM G1 Pro There is no problem; soaking in the cold stream for 30 minutes, the AGM G1 PRO has nothing affected. However, the words are coming back, the three anti-mobile phones do not prevent falling without waterproof, is this still called three anti-mobile phones?

Most of the body housing of AGM G1 PRO uses a resistance to silica gel, and the body is also reinforced by metal integrated structures. In addition, the four-week frame of the AGM G1 Pro is higher than the screen, so when the phone is falling down, the border of the screen can play a protective role. 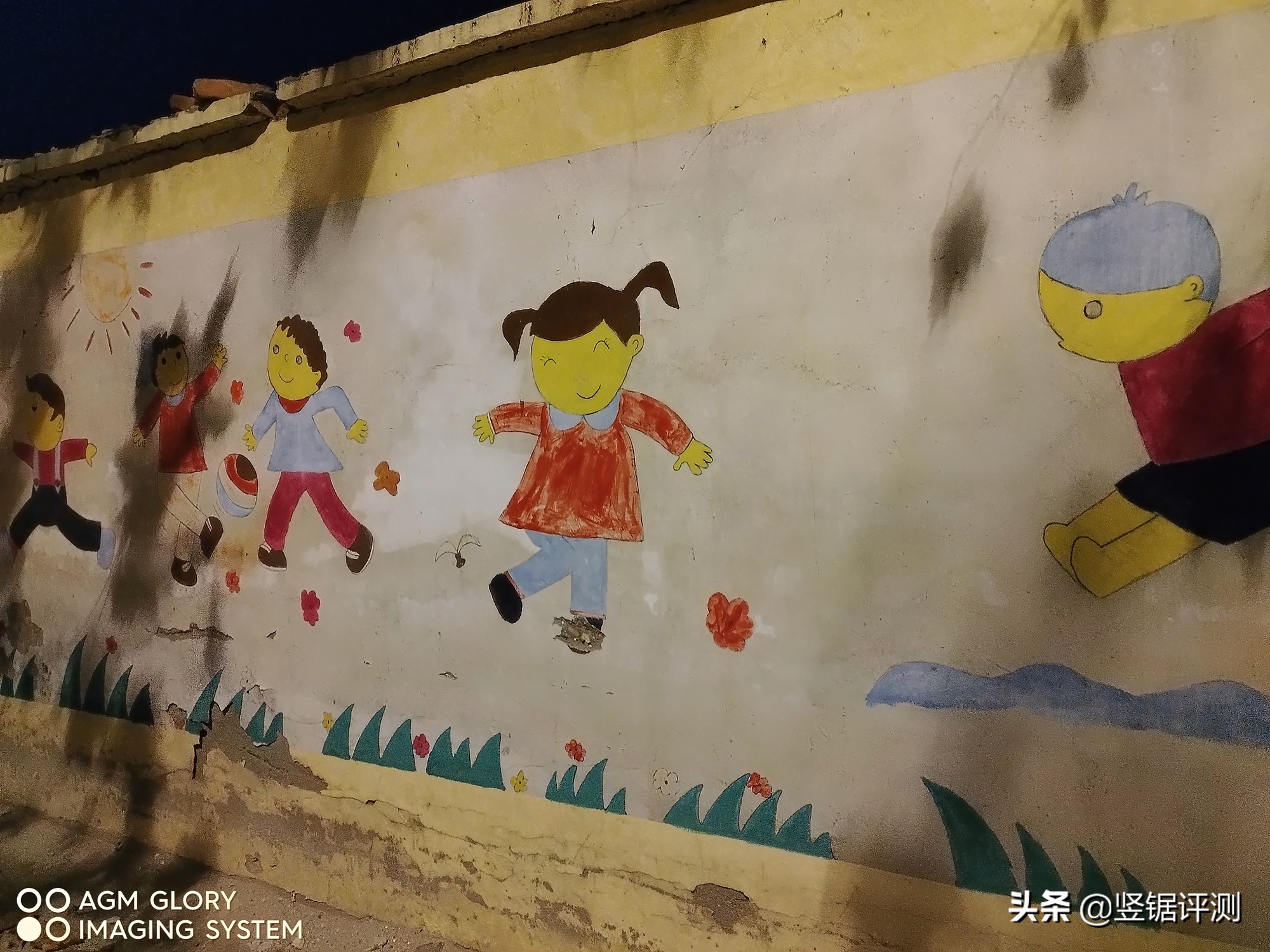 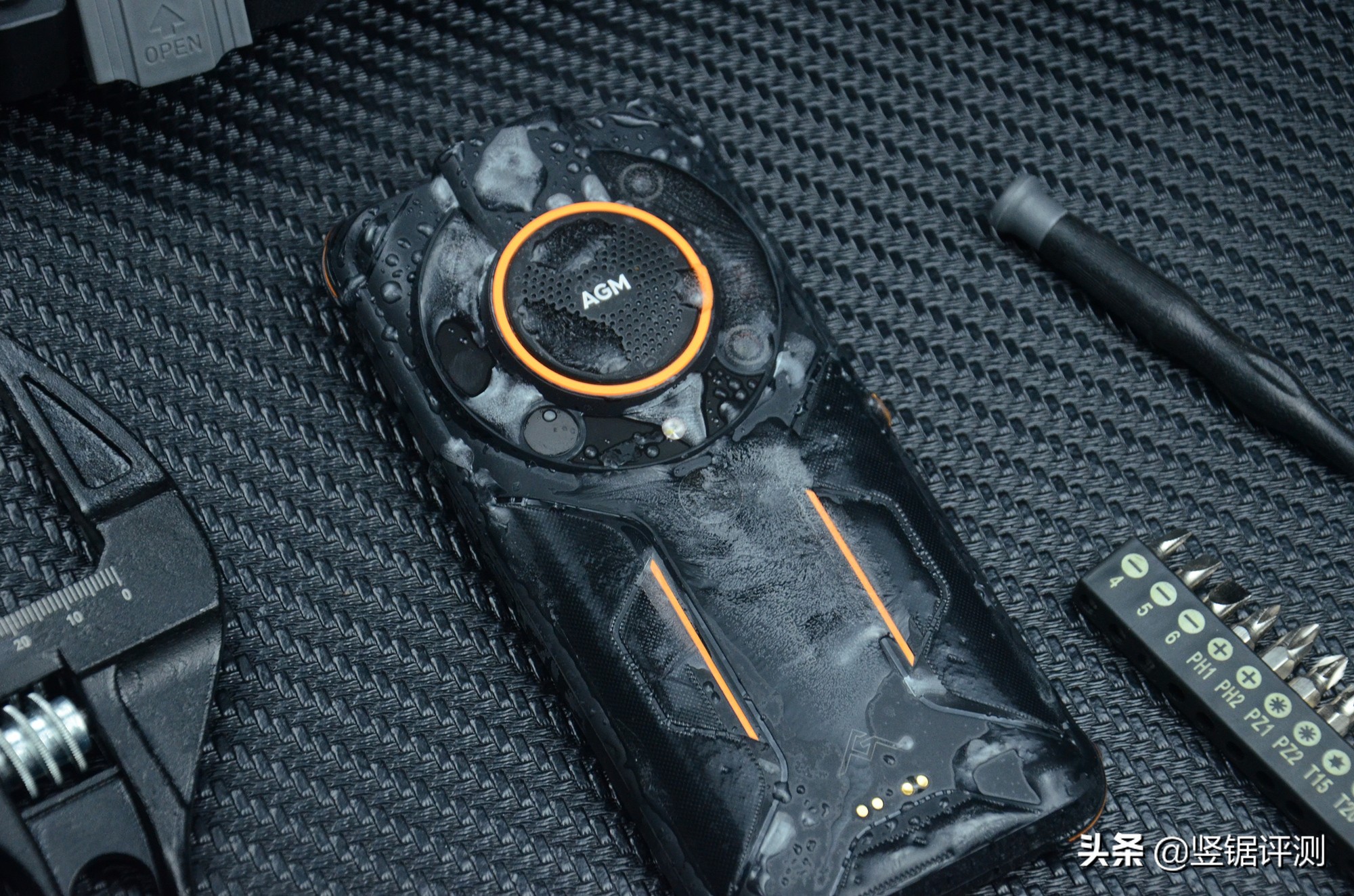 AGM G1 Pro is in the body interface, the SIM card slot position also has waterproof processing, the TYPE-C charge interface like the tail, a waterproof, dustproof plug is designed, and the AGM G1 Pro will be included in the packaging. Alternate plug.

The SIM card slot is also the same here, and also has waterproof, dustproof plugs, and there is also a resended plug in the factory. 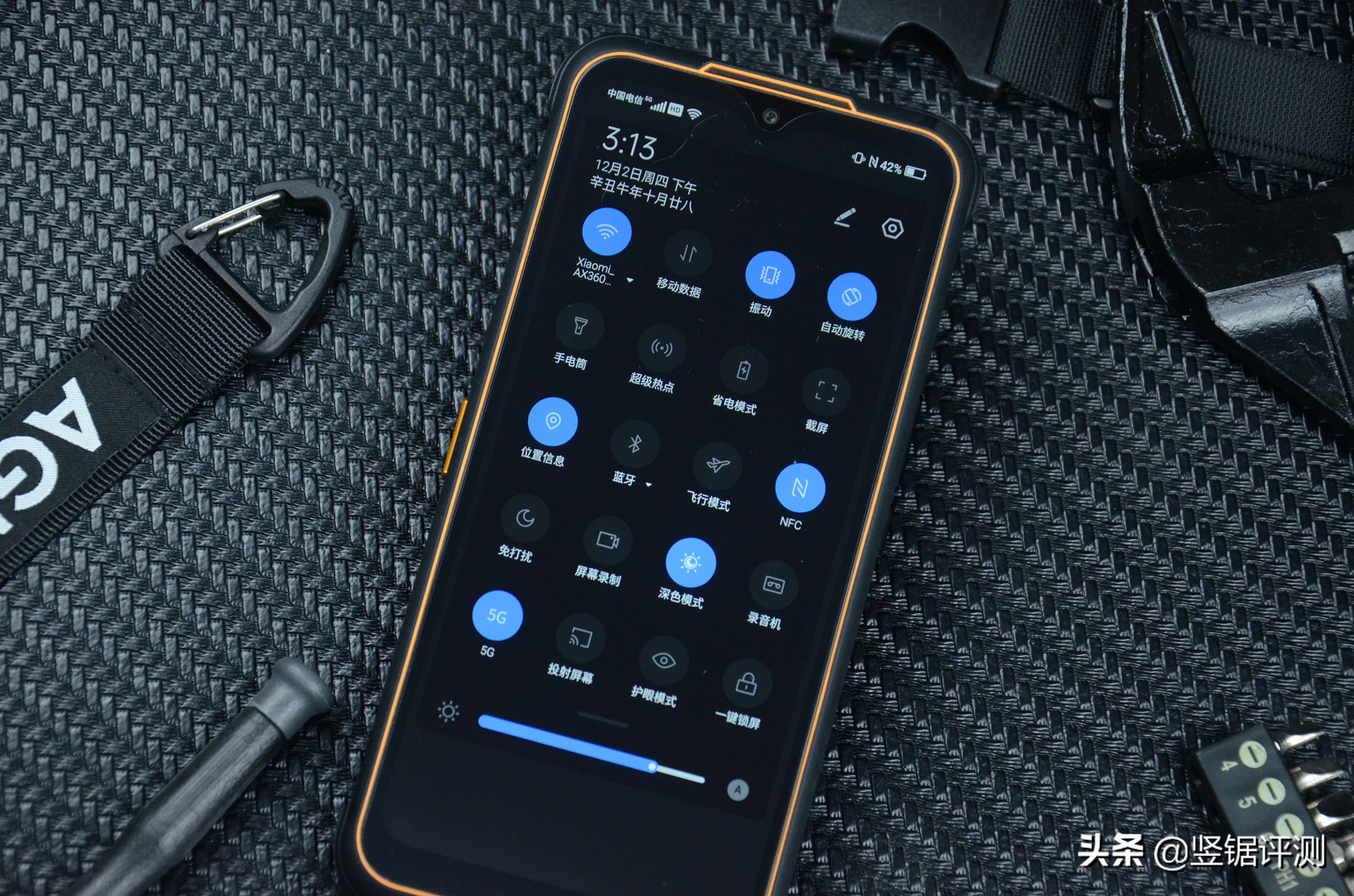 In fact, for AGM G1 Pro, three defenses are only a small part of the “protective design” of the mobile phone. The AGM G1 Pro also has a number of protective design such as antifreeze, anti-high temperature, anti-high pressure water flow impact. It is learned from the official that AGM G1 Pro uses 6200mAH ultra-low temperature battery, plus three anti-low temperature structures, independent battery activity technology, allows mobile phones to be used at zero 40 ° C (30 minutes); continuous use at minus 30 ° C Shutdown; it can be used normally at a high temperature of 60 ° C, and does not hurt the machine; at the same time impact at 100bar water pressure, high temperature hot water impact at 80 ° C is also non-destructive. In addition, AGM G1 Pro also passed IP68 MAX certification, IP69K certification, and MIL-STD-810H military certification. 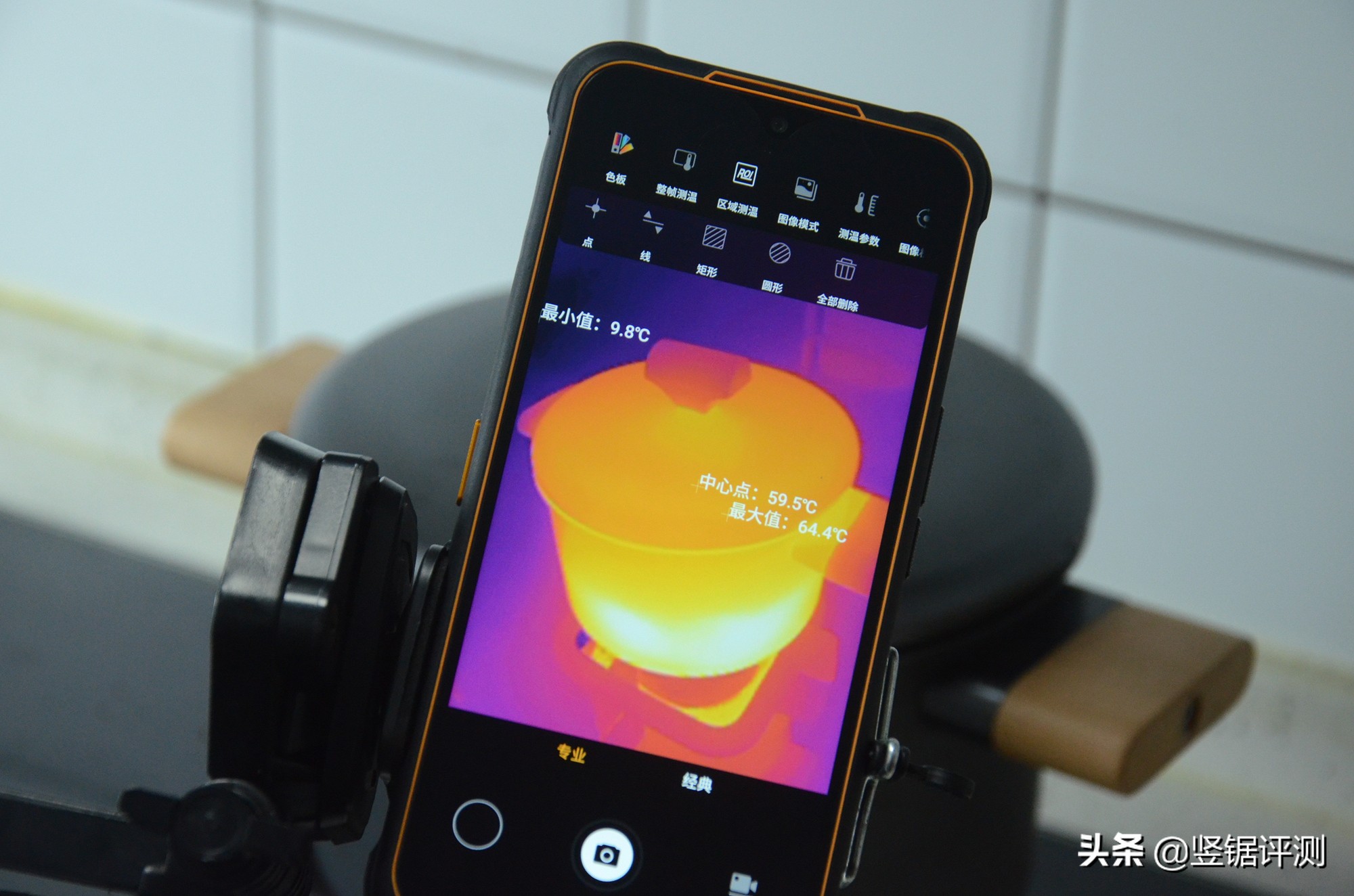 In view of the frozen, I personally did meat, but I didn’t have a 9 ° C environment, so I put the AGM G1 Pro in the refrigerator freezer zone with minimal 18 ° C and frozen for 2 hours. The result is that the AGM G1 Pro has no effect. If there is an impact, this article should be ended here.

In addition to the protective design mentioned above, AGM G1 Pro also has some nice highlights, such as infrared laser range finders on top of the body. 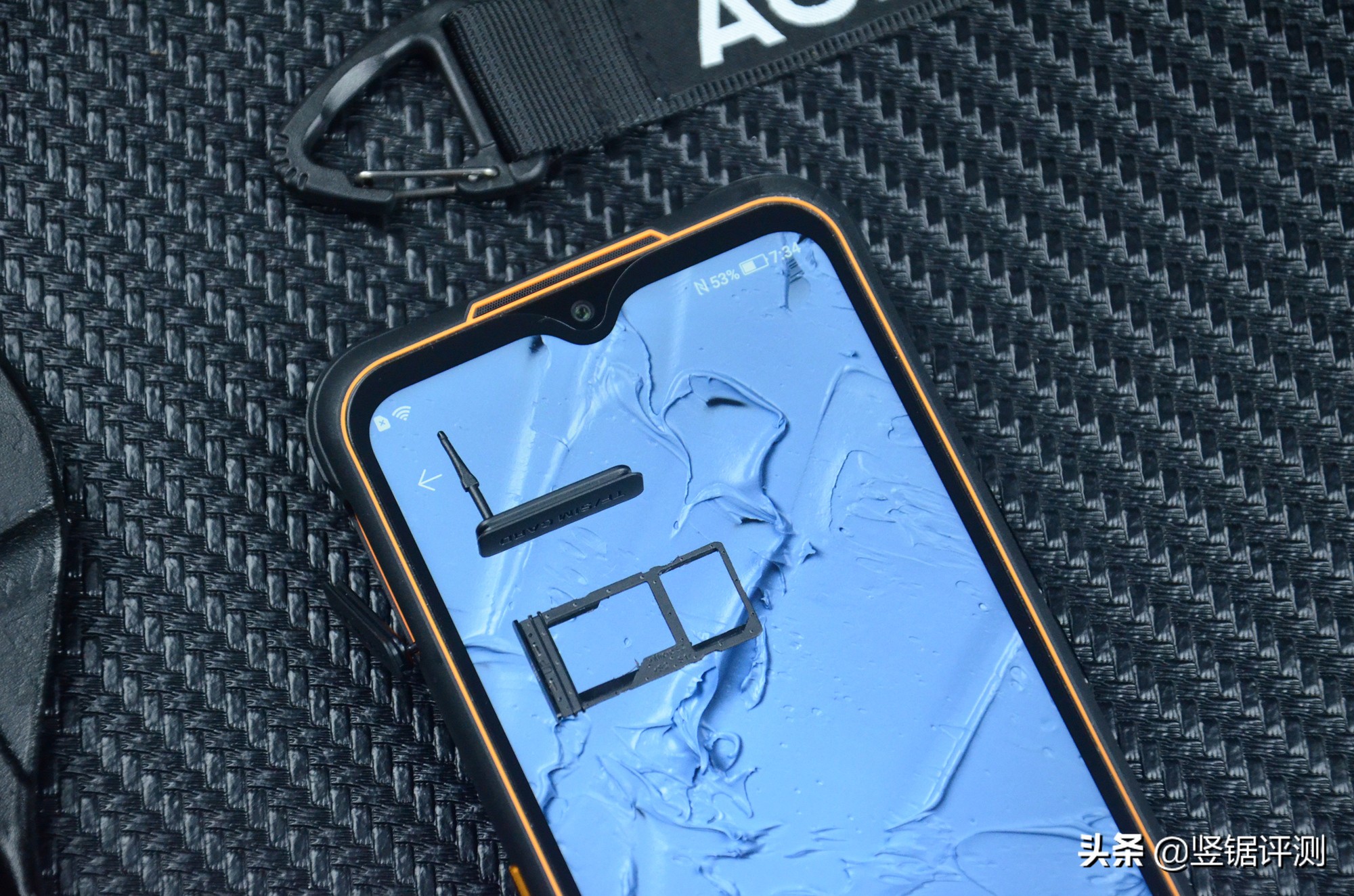 Due to the blessing of the infrared laser rangefinder, the AGM G1 Pro can achieve measurement of length, area, and volume. However, the infrared laser range finder of AGM G1 Pro cannot work separately, and it is necessary to travel through the corresponding app in the mobile phone. Personally feel better if it can trigger measurements by shortcut button.

I also contrast AGM G1 Pro with an infrared laser range finder, which can be seen that the errors measured by both are not large, which also illustrates the ranging effect of the AGM G1 PRO from the side. 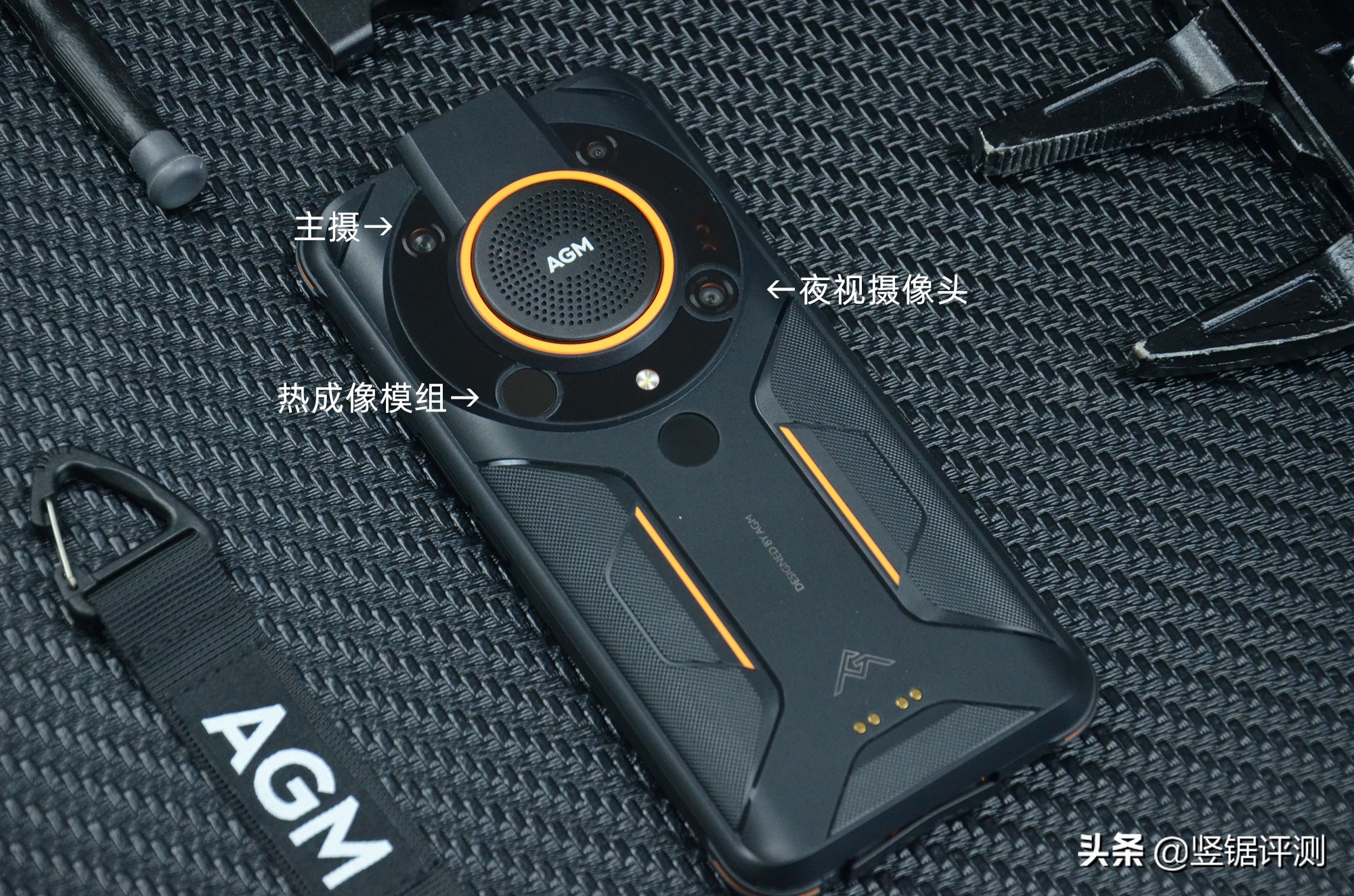 Like a general Bluetooth audio power is 2.5W, while AGM G1 Pro reached 3.5W, plus built-in Smart PA chip, in addition to listening to songs, watching the movie, a large volume shocking outing experience If you accidentally explore outdoors, use AGM G1 Pro to play the rescue audio, and the large volume can make rescue personnel to determine the location in time. 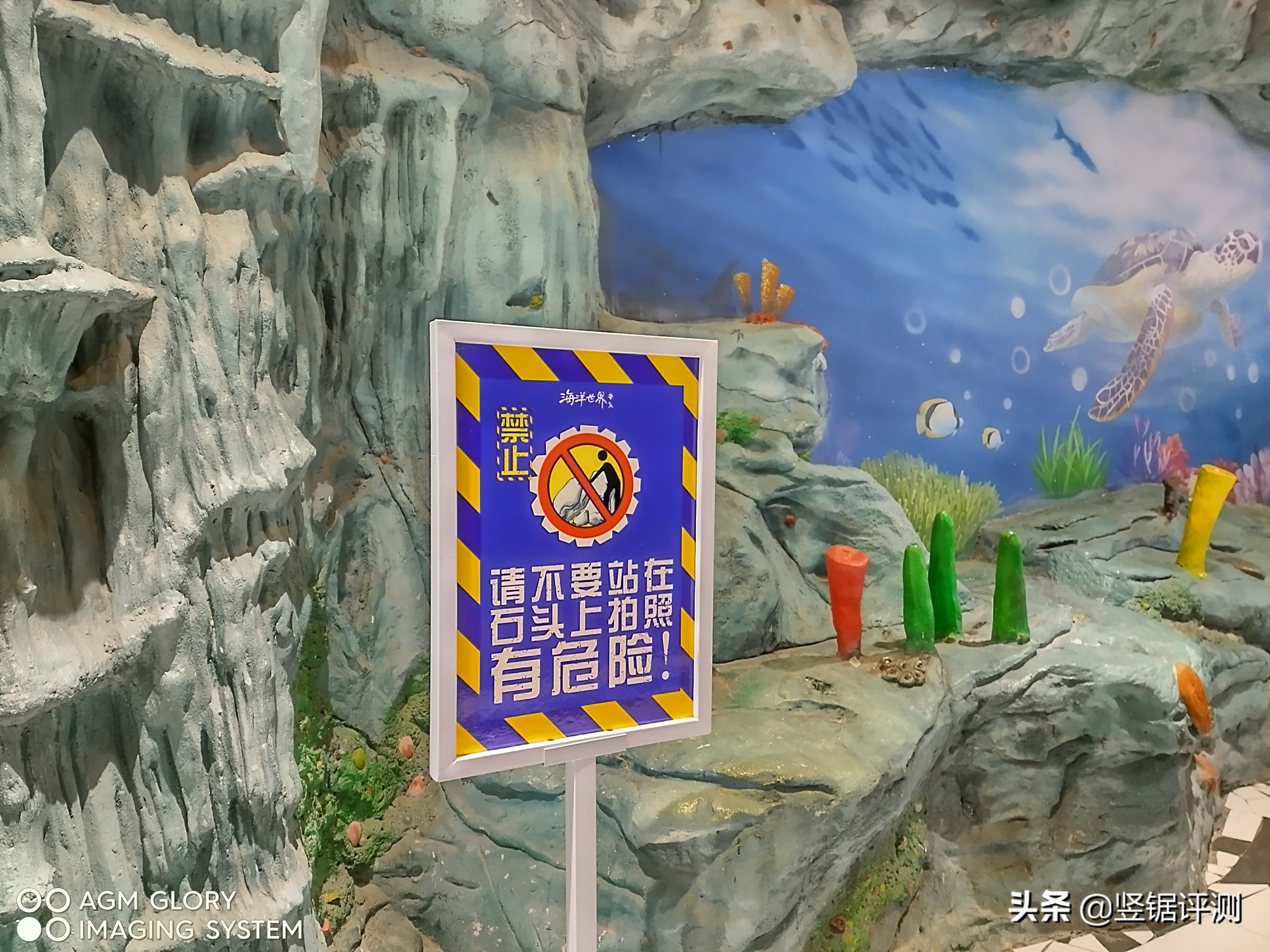 The above picture is to shoot a cat through the thermal imaging module of AGM G1 Pro, can you see it? 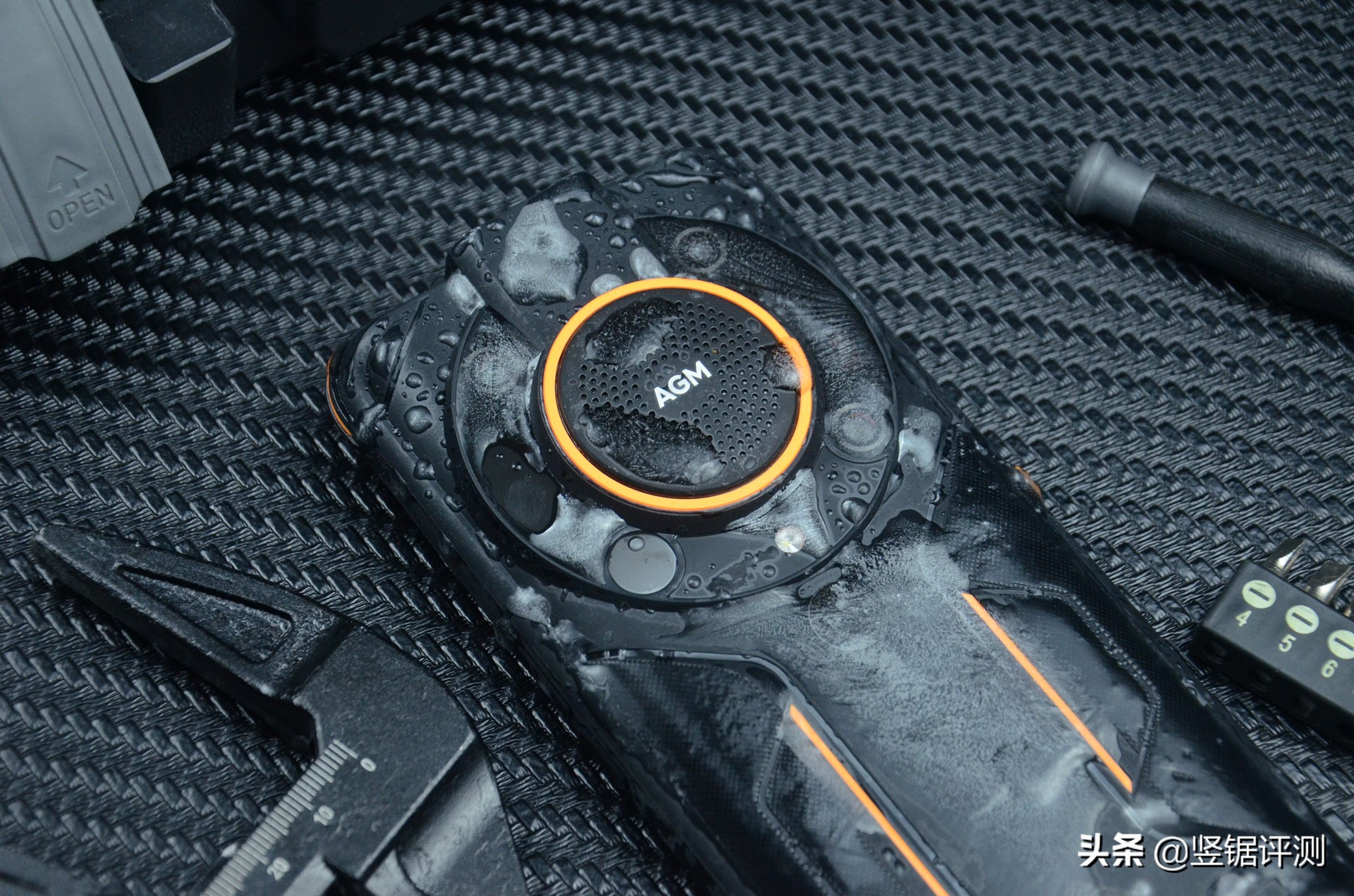 AGM G1 Pro is actually a 5g Android smartphone, which is equipped with an Android 11 depth-customized X OS 6 system. It is simple to say that even if there is no participation in outdoor exploration or engage in dangerous work. G1 Pro is used as a main machine to use it completely no problem. At the same time, the APP pre-installed in the system is very small. The system interface is refreshing and simple, it can be seen from AGM to get this system.

The AGM G1 Pro screen features a 6.53-inch water dripping screen design with a resolution of 2340 * 1080, and also equipped with a 16 megapixel front camera. 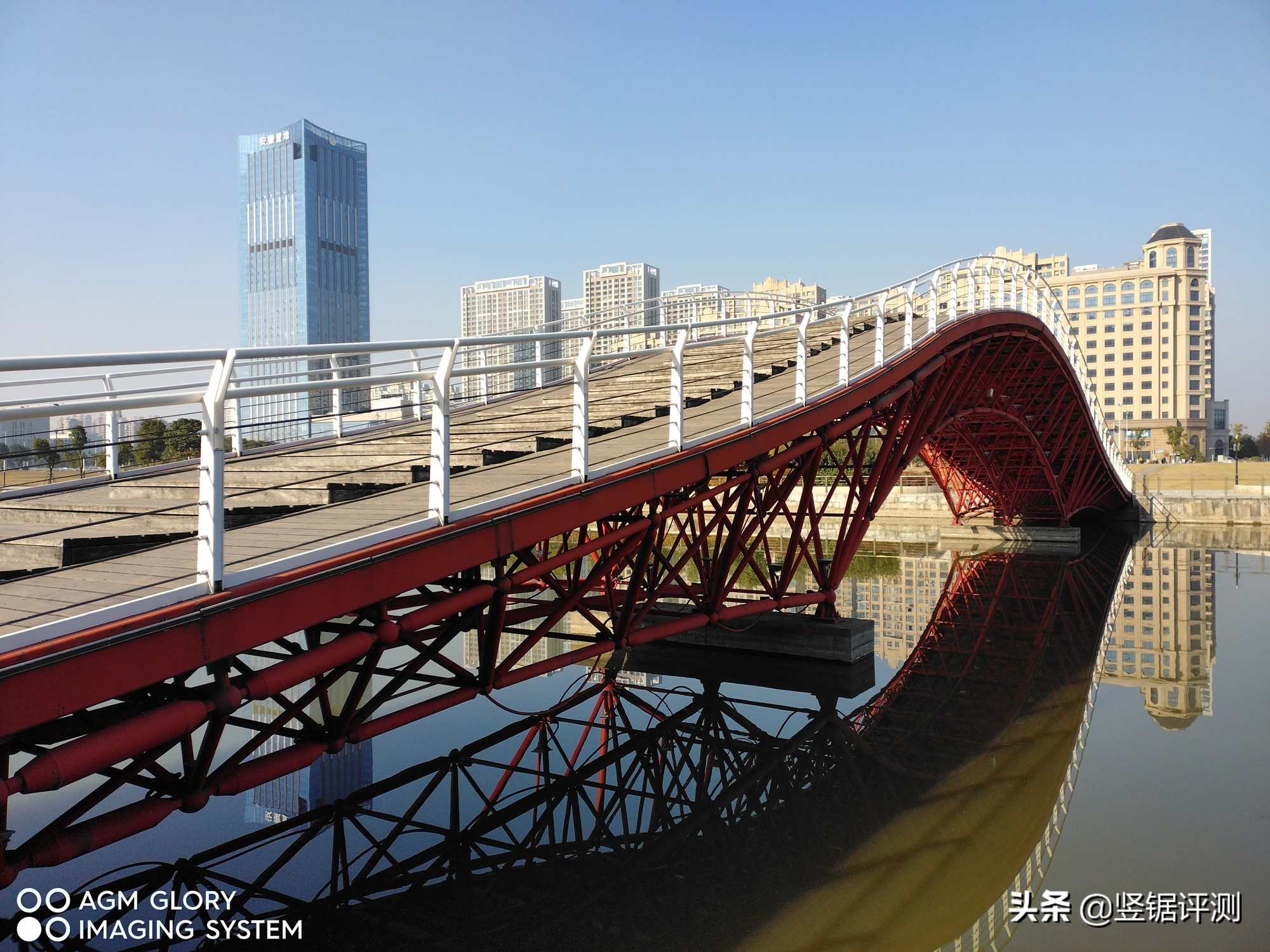 AGM G1 Pro supports 5G All Netcom, and we can also see the NFC functionality of the AGM G1 PRO by decline. 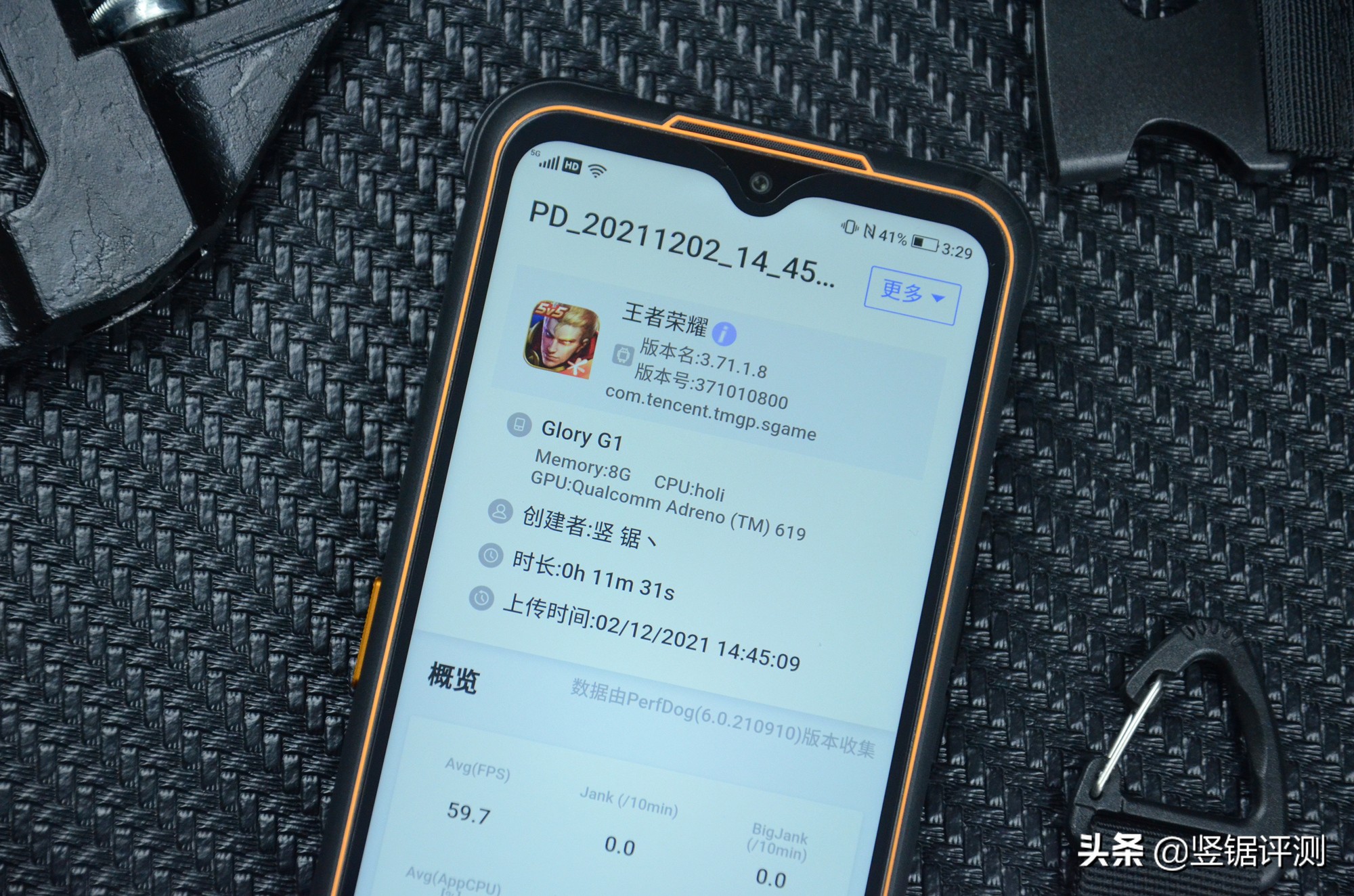 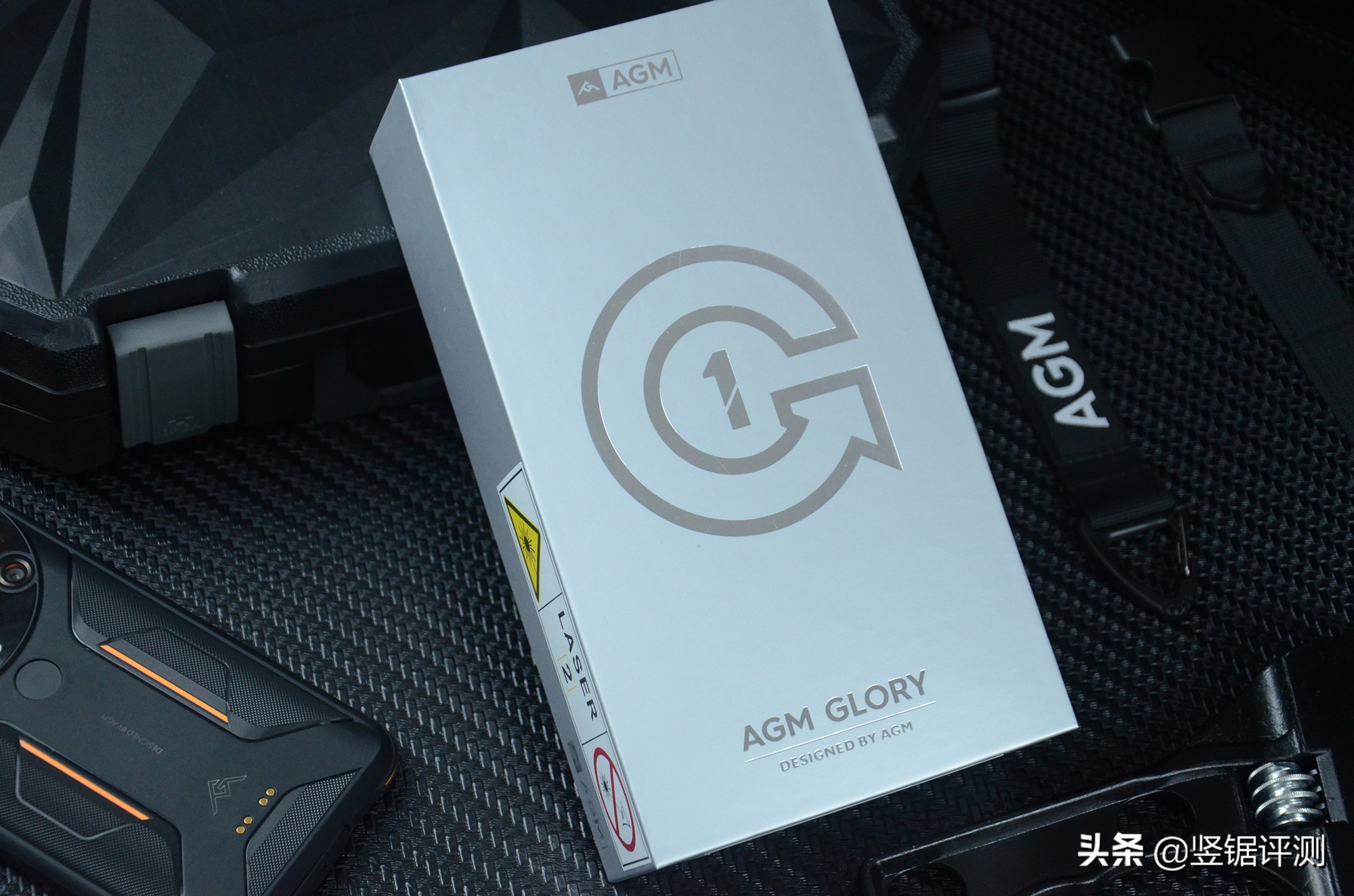 The AGM G1 Pro is equipped on the processor’s 8nm process 5G chip: Snapdragon 480, maybe some small partners will think that the performance of the AGM G1 Pro is very general, playing games is enough? In fact, it is not the case. First, the process of the Snapdragon 480 is advanced. Like the Snapdragon 750G, the GPU is used to perform performance test through the Rabbit, which has achieved 34,4017 points. This grades are enough to show some mobile games of AGM G1 Pro. Daily entertainment is completely no pressure. 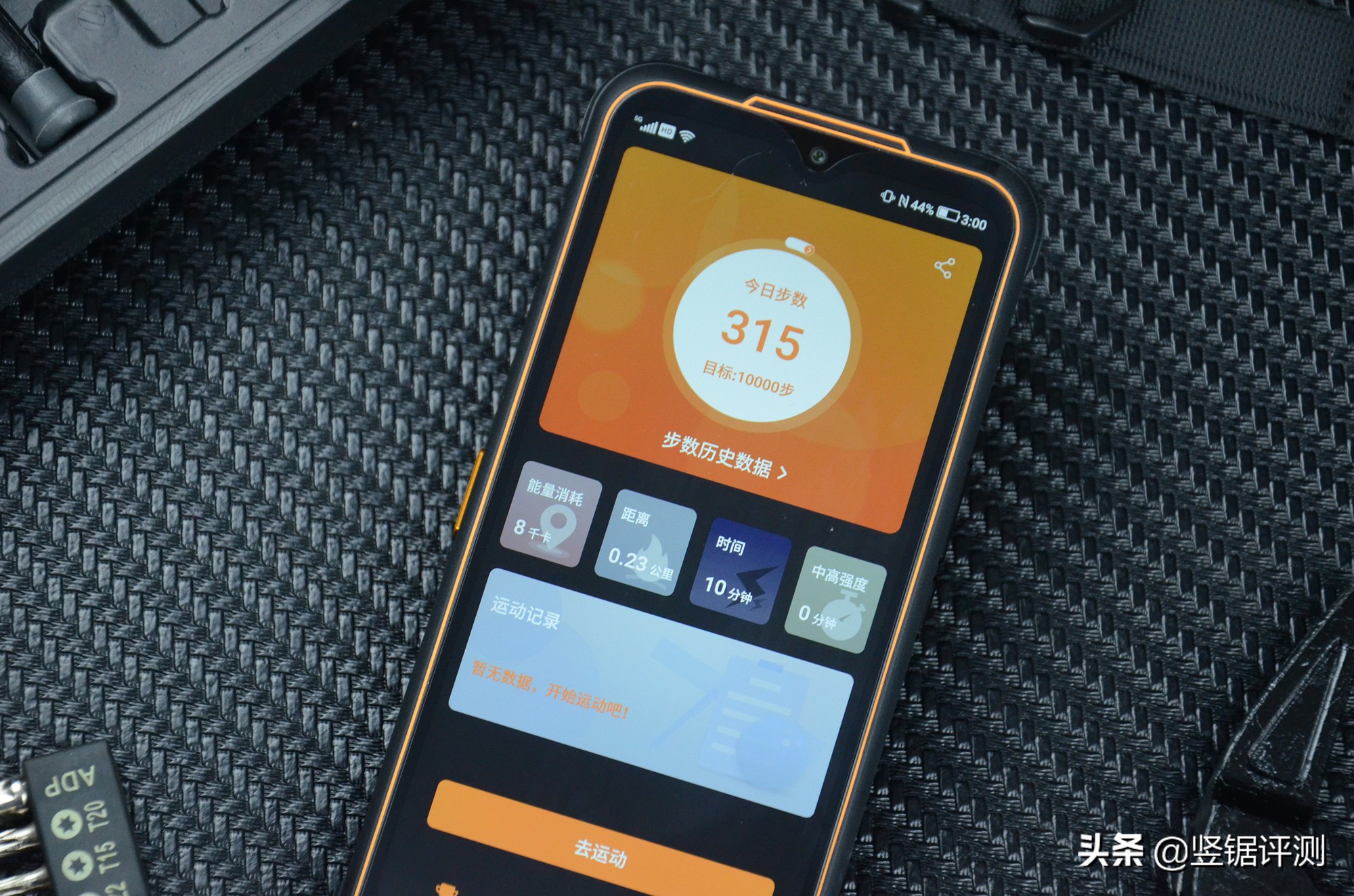 I personally also made a simple game test of AGM G1 Pro. The test is “the glory of the king”, the test tool used for Perfdog, and records the frame rate starting from one game to the end of the game at high-resolution and high frame rate.

The result is that the frame rate of the AGM G1 Pro is very stable, with average 59.7, even if there is no frame situation in multiplayer battle, don’t look at the AGM G1 Pro is equipped with the Snapdragon 4 series processor, the performance is not Difference.

So, let’s take a look at the rear camera of the AGM G1 Pro takes pictures. Although the combination of the rear camera combination of AGM G1 Pro seems to be four-piece, there is only one 48 million pixel main photo for daily main shooting, the remaining 2 megapixel macro, infrared thermal imaging module, The 20 million pixel infrared night vision camera is basically only used under certain scenarios.

Personally feel that the AGM G1 Pro camera is not bad, it is enough to use in daily life.

The above picture shows the indoor photo effect of AGM G1 Pro.

However, when taking photos outdoor at night, AGM G1 Pro appeared obvious noise, applying problems, but within an acceptable range.

It is three anti-mobile phones, and it is also a smartphone that is not bad.

Overall, I think that AGM G1 Pro does not compromise other aspects because of three anti-design, infrared night vision camera, independent thermal imaging module, and infrared laser range finder, etc., for example, the performance is low, the game experience is not good; photo Poor; system function, so I feel that AGM G1 Pro can be said to be a “experience comprehensive” 5G three anti-smartphone.

If you usually participate in some outdoor exploration activities, love travel, or engage in the “dangerous factor”, such as: closing the wall painting, immersing the installation equipment, etc., want to start a 5G three anti-smartphone and this mobile phone still Entertainment, photo, and NFC function can be met in daily life, then I recommend this AGM G1 Pro. 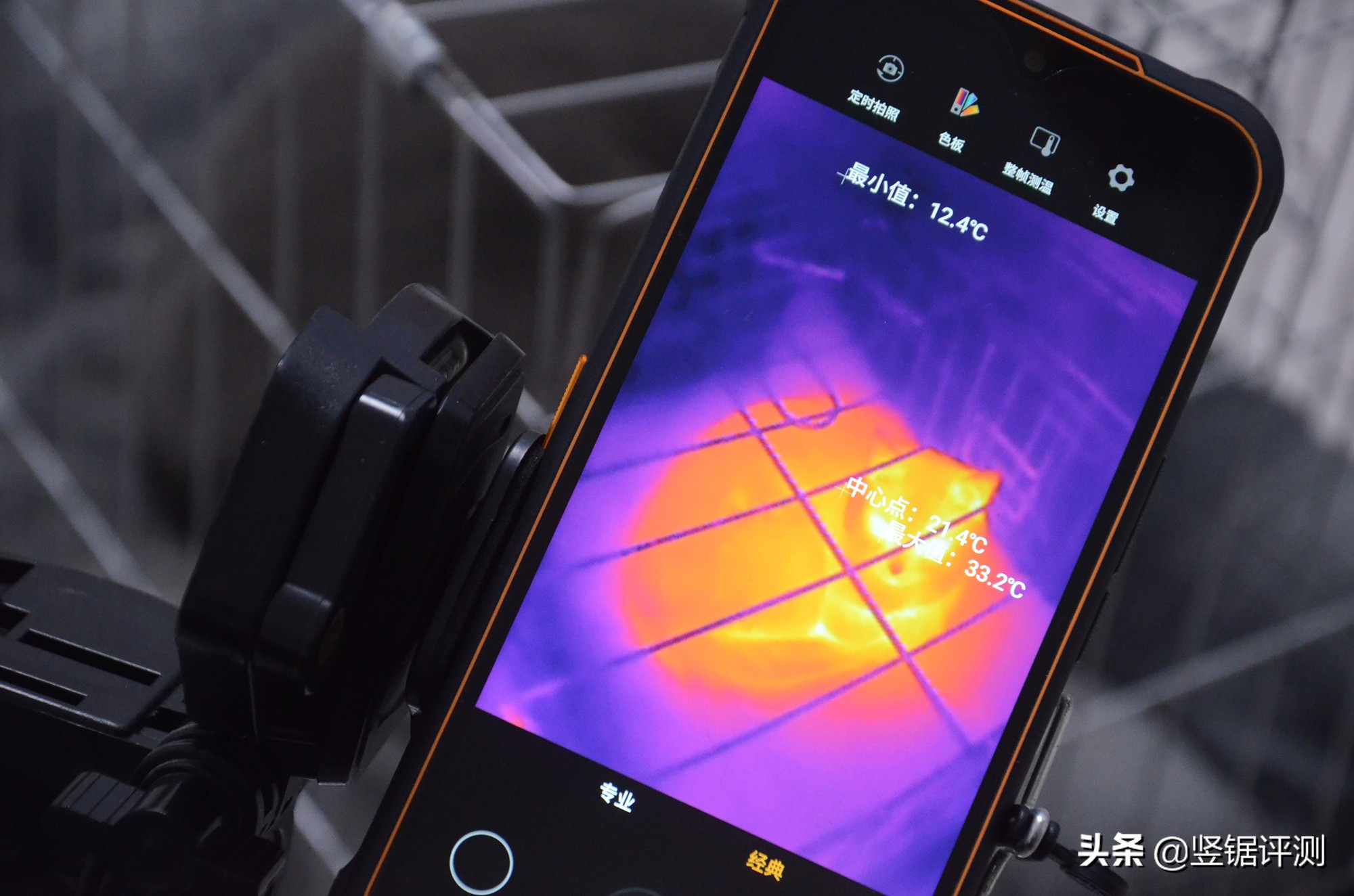 As for the shortcomings, I have not found that I personally find that if I want to say one, the weight of the AGM G1 PRO is as high as 370 grams, and the three anti-mobile phone that can be exposed to this weight may take time to adapt.