The ancient Chinese architecture is magnificent and magnificent, carrying history and the wisdom of Chinese people. But appreciation, its beauty is more reflected in the exquisiteness and particularity of the details. The bird’s replacement and beef legs are indispensable expression elements. 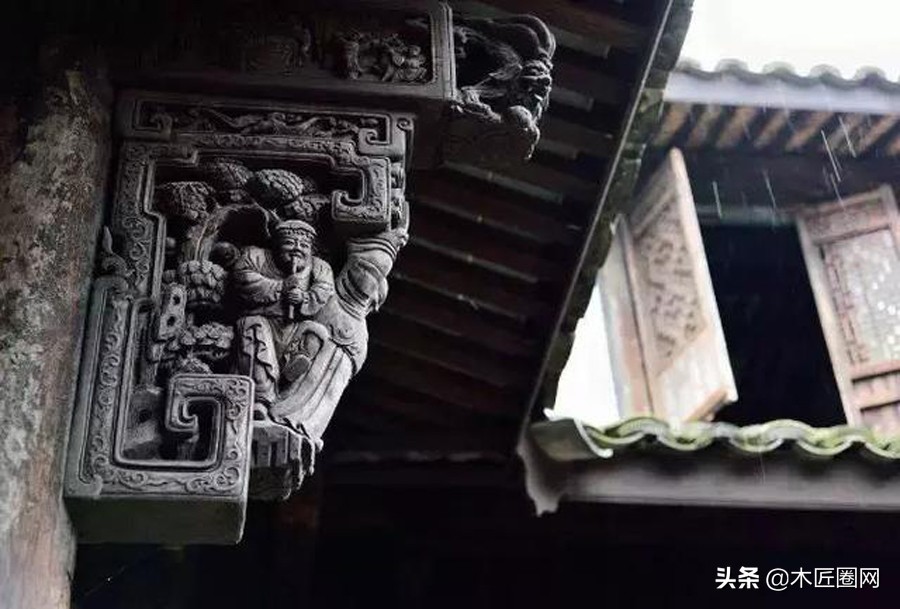 The Song Dynasty was called “angle replacement”, and the Qing Dynasty was called “bird alternate”, also known as “inserting corner” or “Togu”. The bird’s replacement looks like the two wings attached to the sides of the stigma. It is like a lark that is inhabited on an ancient eaves beam. It is a representative product of a combination of structure and aesthetics. 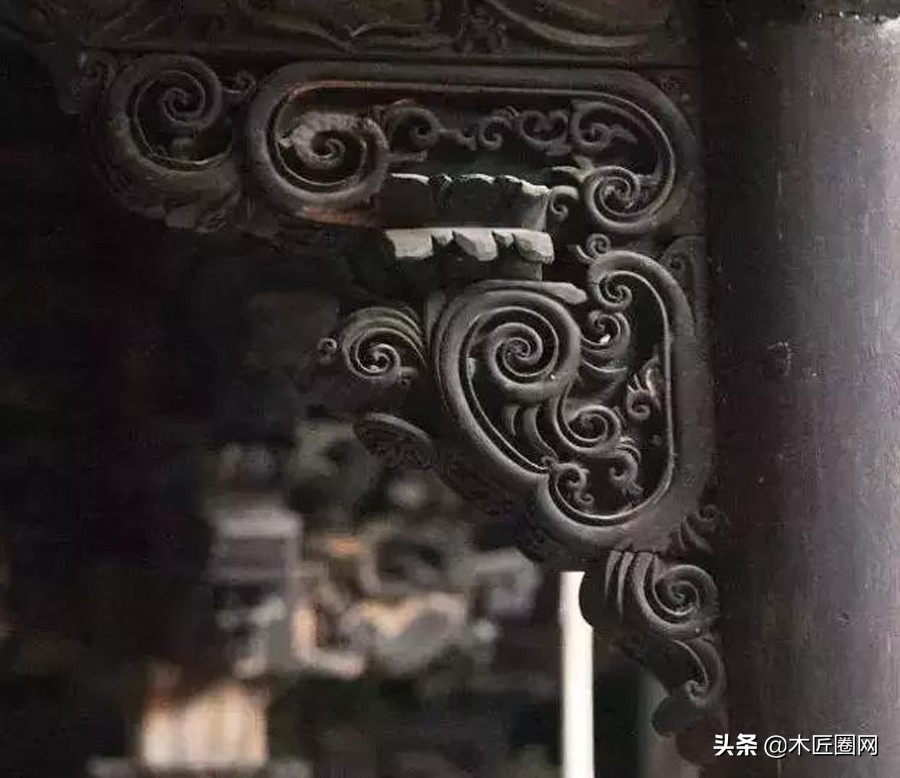 The Queen’s system is mature late. Although it has been embossed during the Northern Wei Dynasty, it was widely used until the Ming Dynasty and continued to develop in the composition. By the time of the Qing Dynasty, it became a unique style of the style.

In the Ming and Qing dynasties, there were three clouds and arch supports in the stigma. More and more exquisite.

During the Qing Dynasty, the bird’s replacement of mechanical components developed into a pure decorative component on the building. It was particularly colorful and delicate. Dragons, phoenixes, cranes, flowers and birds, flower baskets, golden toads and other forms were full of flowers, which enriched the form of classical architecture.

The expression methods of bird replacement are often metaphorical and implicit. Myths and legends, historical figures, folk stories, novels, and animal flowers and plants are given certain morals.

In Chinese architecture, all birds are painted or carved gorgeous. It is very impressive, and there is a sense of impressiveness. 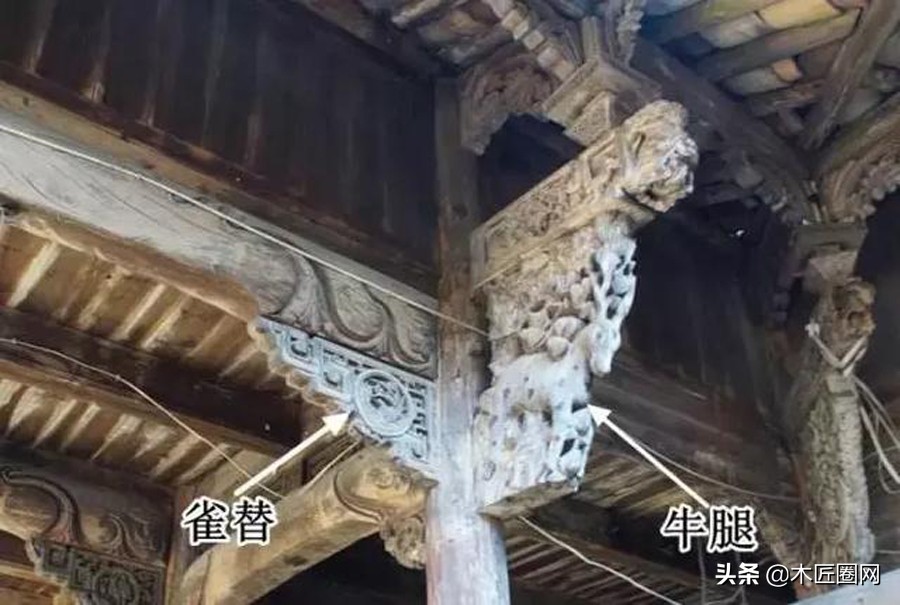 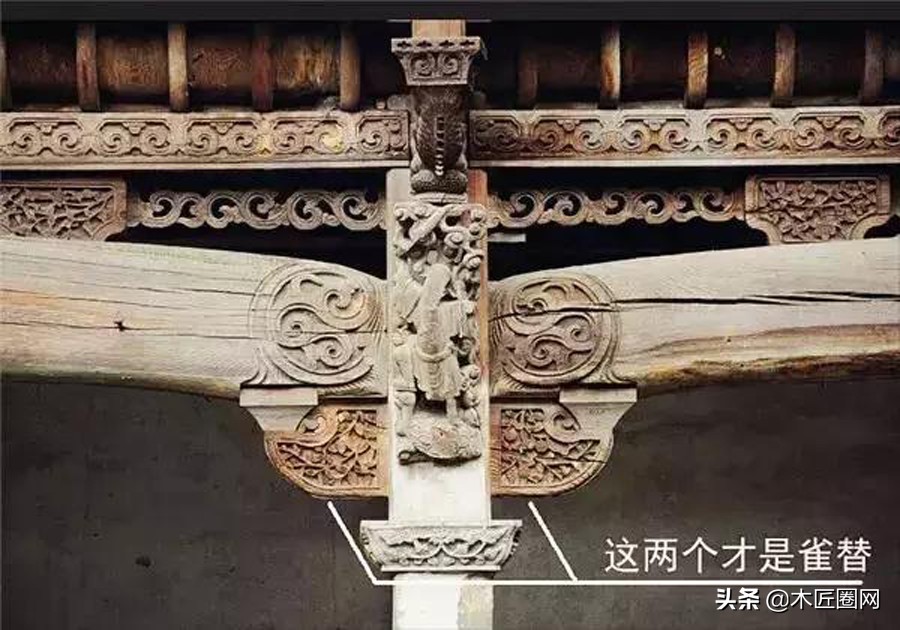 As one of the buildings in ancient buildings, the beef leg refers to the triangular wooden components located between the beams and columns in traditional Chinese buildings, which mainly supports the role of supporting wood and eaves outside the building. The formal name of “beef legs” is unable to examine, but according to its stout shape, it is not difficult to see that it should be named because it looks like a beef leg, and some places are also called “horse legs”.

Initially, it was just a wooden pole that supported the eaves of the roof, which was supported. However, the support of many buildings could not meet the requirements of many buildings, so the craftsmen used a piece of carved wooden board to fill and decorate the triangle gap between the back and between the pillars.

The beef legs are also supported by the eaves to increase the eaves, which increases the eaves of the roof, expand the area of ​​the eaves of the corridor, and achieve the effect of shading and avoiding rain. It protects the columns, wooden walls and doors and windows.

At the same time, the beef legs between the eaves and the eaves are in the best vision of the person, forming the focus of visual appreciation, attracting attention, and the effect of decorating the building.

The beef legs start in the Tang Dynasty and the clear and clear. They can become popular in the people and have the development of wood carving skills. In the Ming and Qing Dynasties, the woodcarving of our country reached its heyday, and at the same time entered the construction field in large quantities.

As an important component on the eaves, the position of the beef legs has a significant position. It is like a person’s neck. The decoration is the most likely to show the status and spiritual pursuit of the owner.

Since the Ming Dynasty, the carving effect of beef legs has been greatly covered with practicality, and gradually appears shallow carvings such as bamboo, flowers, birds, and pine trees. In the Qing Dynasty, the “beef legs” gradually evolved into a whole oblique wood carving.

In the late Qing Dynasty, the carving skills of “beef legs” had reached a high level, and the content of carving was widely used by themes such as Confucianism, Buddhism, Taoism, flowers, birds, mascots, etc., and used relief, hollowed carving, and semi -circular carving techniques to make them clear and clear , Equipped with God.

The size of the beef legs is generally large, and it looks stupid. The bull leg and woodcarving are combined, providing woodcarvan artists with a place for display skills and talents. Therefore, beef legs are popular in areas with well -developed woodcarving technology.

In the later period of the Republic of China, due to the influence of Western culture, and changes in building materials and structures (brick and wood or brick -concrete structures gradually replaced the wooden structure), the beef legs were gradually minimal. In recent years, many people have collected and imitated the ancient cattle legs as a decoration or art collection. 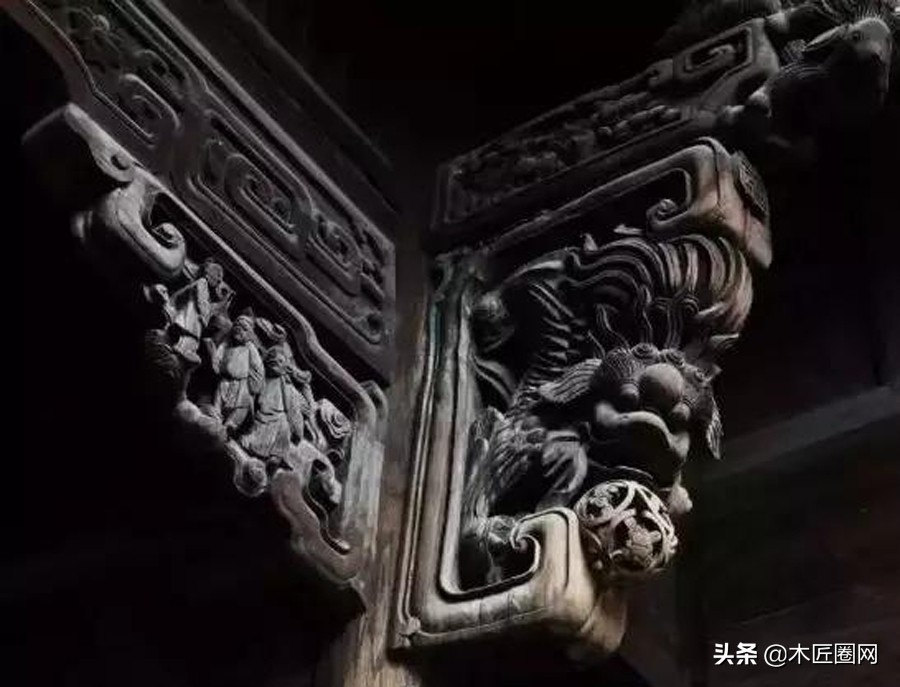