On April 6, the British “Guardian” reported this appalling discovery. The sample of this study was taken from the lung tissue of 13 patients who received surgery, and 11 of them found micro -plastic. The most common particles are polypropylene (PP) for plastic packaging and straws, as well as polyphylexate glycol (PET) for manufacturing bottle.

“We didn’t expect to find the largest number of particles in the area below the lungs. This is too surprising, because the airway below the lungs is narrower, and we originally thought that such small particles would be filtered out before entering so deep. Or be attached to live. “The author of the paper, Laura Sadofsky at the Hercomb Medical College of the UK.

This shows that micro -plastic is not only invaded into the human body through water, food, etc., but even breathing can not be spared now. Because the respiratory system provides a “shortcut” for micro -plastic, the lungs have become one of the main parts of micro -plastic accumulation.

Today, those small and low -density micro -plastic and nanoparticles are brewing the most worrying breathing health problems because these particles are most likely to be deposited in the lungs.

The research led by Sadofsky was published in “Overall Environmental Science”, analyzing particles as small as 0.003 mm, and using spectral science to identify the type of plastic. Researchers identified 12 polymer types in 11 lung tissue samples, of which three types were the most, PP accounted for 23%, PET accounted for 18%, and resin (RESIN) accounted for 15%.

Types of micro -plastic identified in the lung tissue sample.

Researchers have found that microplastics have always existed in air through sampling analysis, especially in the indoor concentration. Moreover, micro -plastic is a solid material that cannot be decomposed in the lungs. With the respiration effect of people, the micro -plastic of the lungs may be piled up.

The horror of micro -plastic is pervasive and can even be transferred to the fetus through the mother. Earlier, a rats led by Professor Phoebe Stapleton, a professor at Rogers University in the United States, “found plastic nanoparticles everywhere -in the mother, placenta, and fetal tissue. We are in the heart, brain, lung, liver, They found them in the kidneys. “

A very worrying problem is that the researchers also found micro -plastic particles in the placenta of pregnant women for the first time.

Paper published in the “International Environment” pointed out that these particles were found in the placenta of 4 normal pregnant healthy women, and more than a dozen micro -plastic was found. However, only about 4%of each placenta is analyzed, which indicates that the total amount of actual micro -plastic is much higher. The size of these micro -plastic is 0.01 mm, and such a small volume makes them “drift” in the blood.

Researchers have speculated that these particles may have entered the baby’s body through the placenta, but they cannot evaluate it. They believe that the potential impact of micro -plastic on the fetus includes hindering the growth of the fetus.

Another study published in the “International Environment” in March this year confirmed that human blood has also been contaminated by micro -plastic. Dick Vethaak, a professor at the University of Amsterdam, said: “For the first time, we detected micro -plastic particles in human blood, and these particles may be transported to the whole body by the blood.”

“Whether microplastic particles will be transported to certain organs, such as whether the micro -plastic content deposited in the body can cause a certain level of disease? These urgent research needs to be further studied to find answers.” Vethaak said. 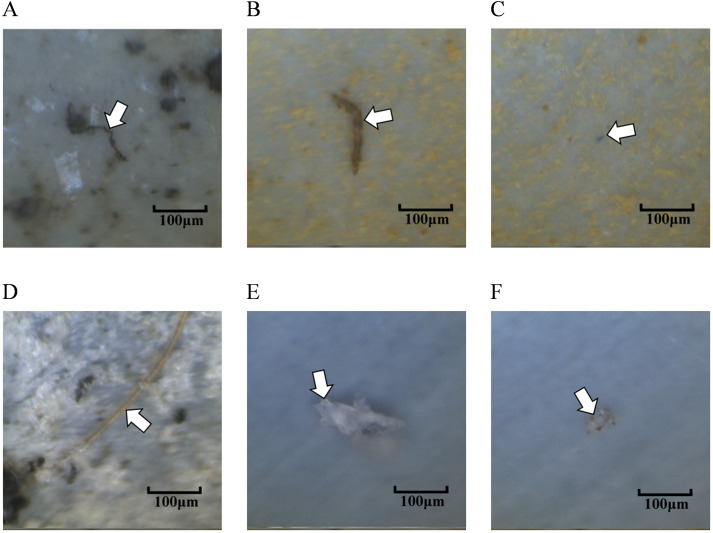 Micro -plastic not only exists in the air, but can also pass the wind a “travel” that goes away. Earlier, some researchers found micro -plastic pollution in the remote areas of the Swiss Alps and France. They believe that wind has the ability to spread micro -plastic particles to a long distance.

Moreover, in areas with dense population and frequent activities, micro -plastic concentrations will be higher.

Earlier, some British scientists evaluated four cities and found that there were a large amount of micro -plastic pollution in the air in all cities. Researchers believe that any city in the world has been contaminated by micro -plastic, because the source of micro -plastic sources such as food packaging and bottles can be seen everywhere.

“It is important to reduce, reuse and recycle larger plastic garbage because when they are discarded into the environment, they will be decomposed into micro -plastic,” said Imogen Napper, an expert in Pripmers University.

In addition to these micro -plastic sources, there is also a source easily ignored -clothes.

NAPPER said that many micro -plastic are off -shed on the clothes made of synthetic fabrics. In her previous studies, it was found that every time she washed the clothes, she could release about 700,000 tiny plastic fibers, and those plastic bags claiming to be degradable were still intact after being placed in the natural environment for three years.

Napper calls for the textile field to pay attention to better fabrics and use natural fibers such as cotton as much as possible.

Will cause damage to the human body

Plastic inventions have been less than 200 years old, but it takes hundreds of thousands of years to be degraded naturally, but the most scary is not the so -called environmental destruction and resources waste, but these extremely small plastic particles. They can now enter our bodies and have serious threats to human health.

Each year, millions of tons of plastic are lost into the environment. These plastics may contain toxic additives and carry harmful microorganisms. “In the future, we can study the most serious foods and avoid consumption, but the final solution is to prevent the loss of plastic waste.” Evangelos Danopoulos of the Herbers School in the UK said, “Because once the plastic enters the environment, we will enter the environment. It’s really helpless. “

He published a study in the “Risk Materials Magazine” that cell death, allergic reactions, and cell wall damage were caused by a certain amount of micro -plastic in people. Moreover, irregular micro -plastic is more likely to cause cell death than spherical micro -plastic. However, how much impact on human health can be determined, because I don’t know how long it will stay in the body before being excreted.

“We are in contact with these particles every day. We are eating them and sucking them.” Danopoulos said, “There is really no way to protect ourselves now, we should be worried.”

Vethaak’s previous studies have shown that the micro -plastic content in infant feces is 10 times that of adults, and babies fed with plastic bottle swallow millions of micro -plastic particles every day. “Babies and young children are more vulnerable to the influence of chemicals and particulate matter, which makes me very worried.”

The hidden dangers of micro -plastic are not only these. A study published on PNAS found that micro -plastic will adhere to the outer outer membrane of the human body and stretch them, which greatly reduces its mechanical stability, which will affect the normal function of red blood cells. Essence

These discoveries have sounded the alarm for humans, but this is not a problem that can be solved soon.