Some people say that the hatchback Civic chassis is upgraded to an aluminum alloy suspension. Is this really the case? Let’s talk about today. 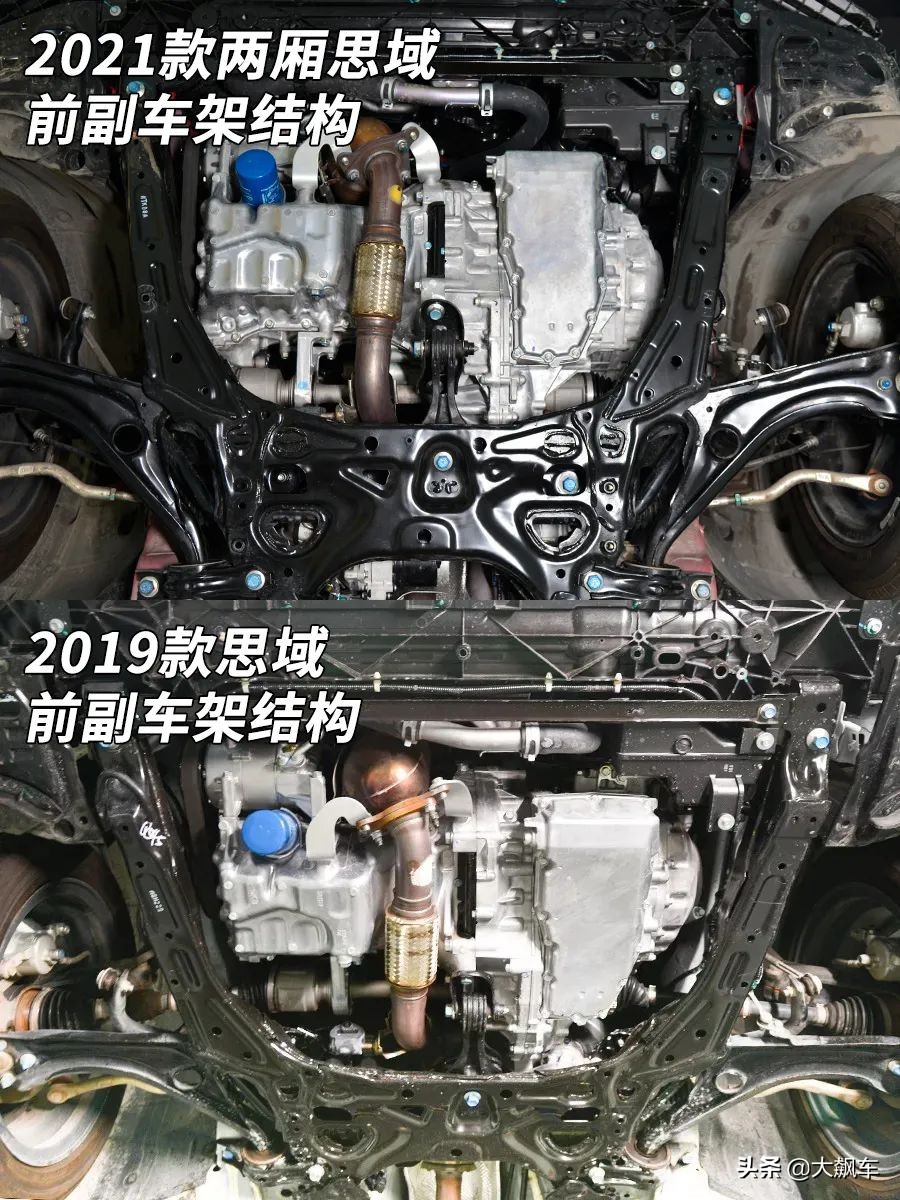 The chassis of this hatchback Civic is very good, just like the sedan Civic that has been demolished before. Not only are the engine under the engine, but also on both sides of the chassis, but they are all fiber and plastic materials. There is no protection ability, only the role of spoiler and dustproof.

Although the chassis exhaust and heat insulation seems to be a lot, many key positions are not covered.

There are corresponding fiber guards on both sides of the chassis, but the oil circuit pipeline is still exposed. 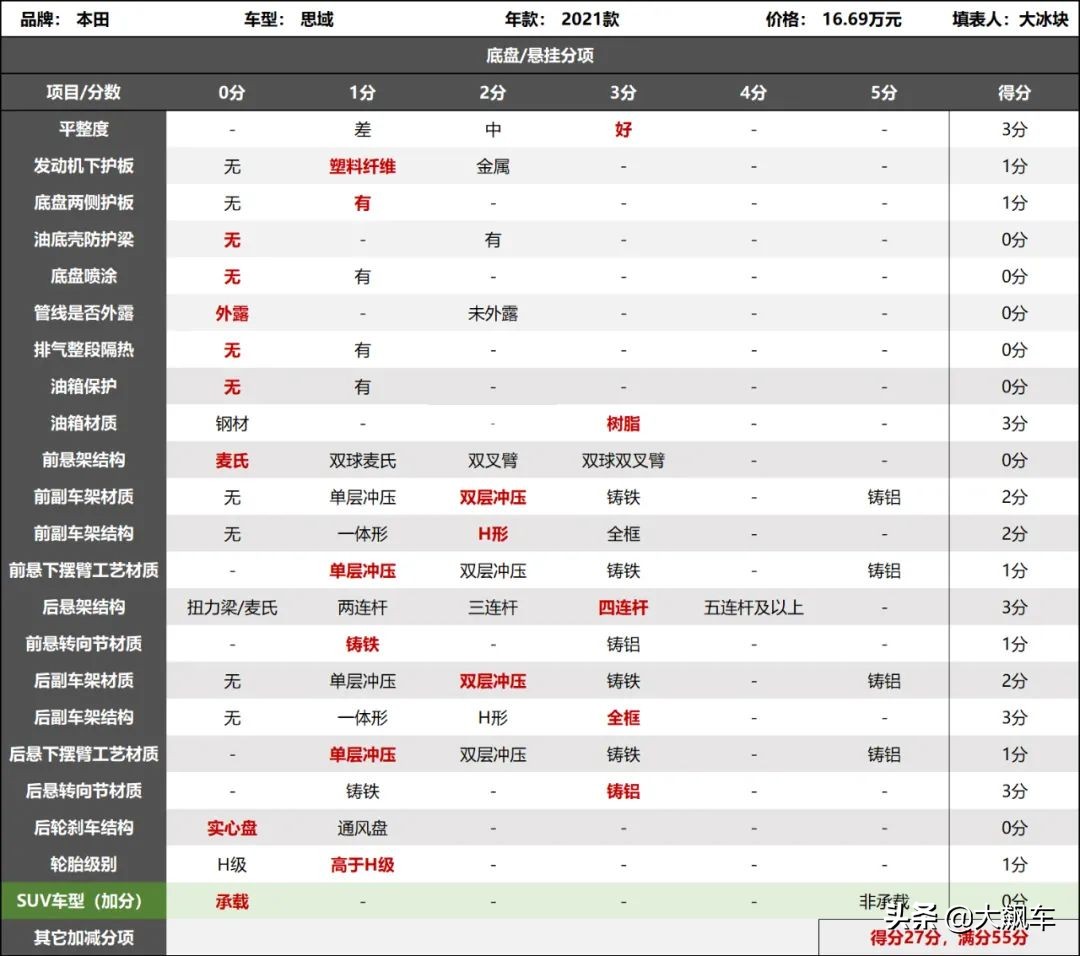 From the perspective of the front auxiliary frame, there is no difference between the hatchback and the sedan. It seems to be a full -frame structure, but in fact, the “front beam” is just a very thin single -layer steel plate. Classmate it as the “H” front auxiliary frame.

The front suspension is still a common McPherson style. The lower swing arm is the simplest single -layer stamping steel plate. In order to increase the strength, it is processed on the edge of the edge. The front wheel connection plate is a cheap cast iron material. 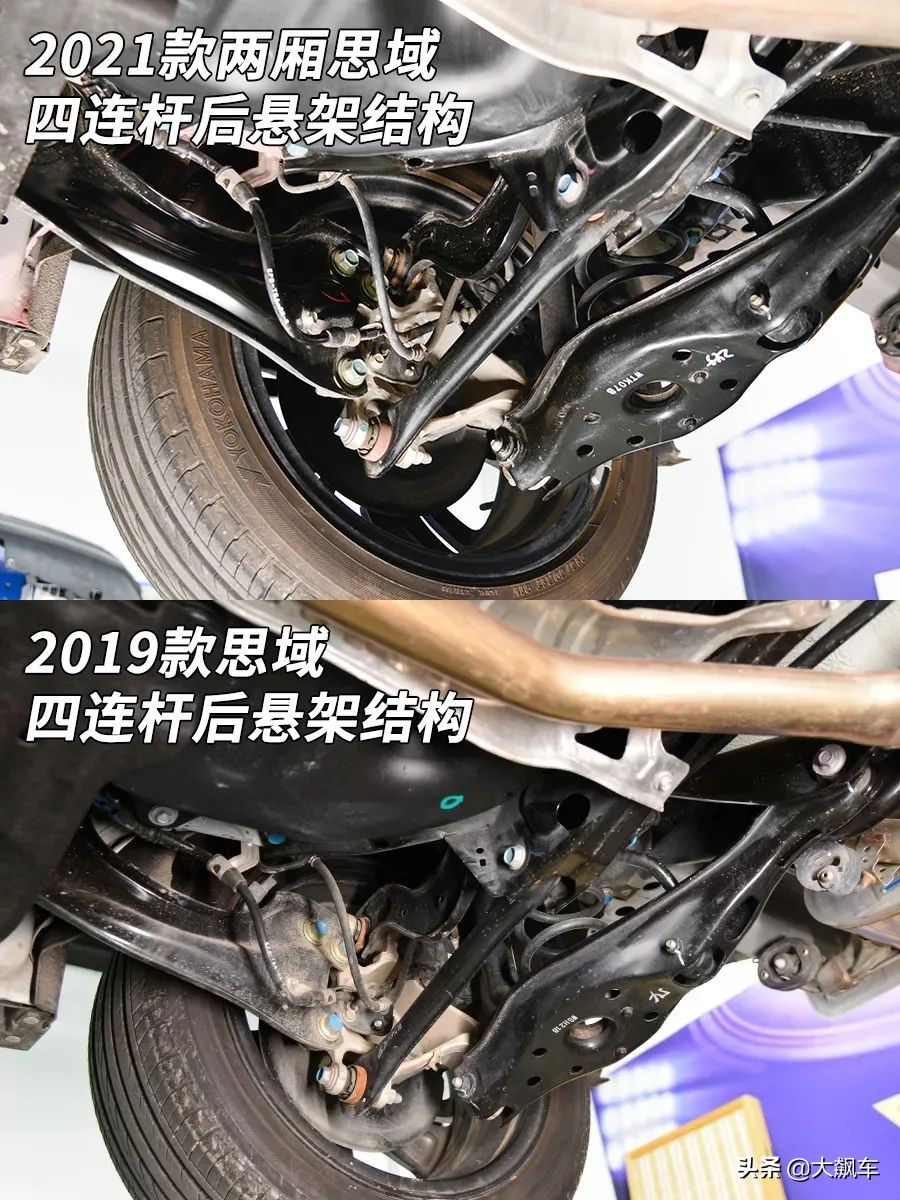 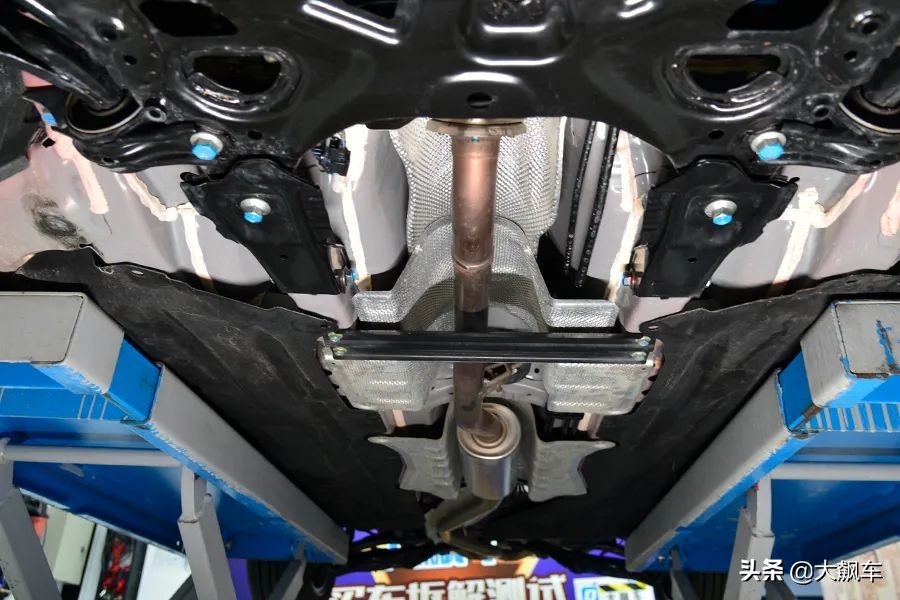 Three horizontal and one vertical

The rear frames of the hatchback and sedan Civic also remain the same, and they are full -frame structures. 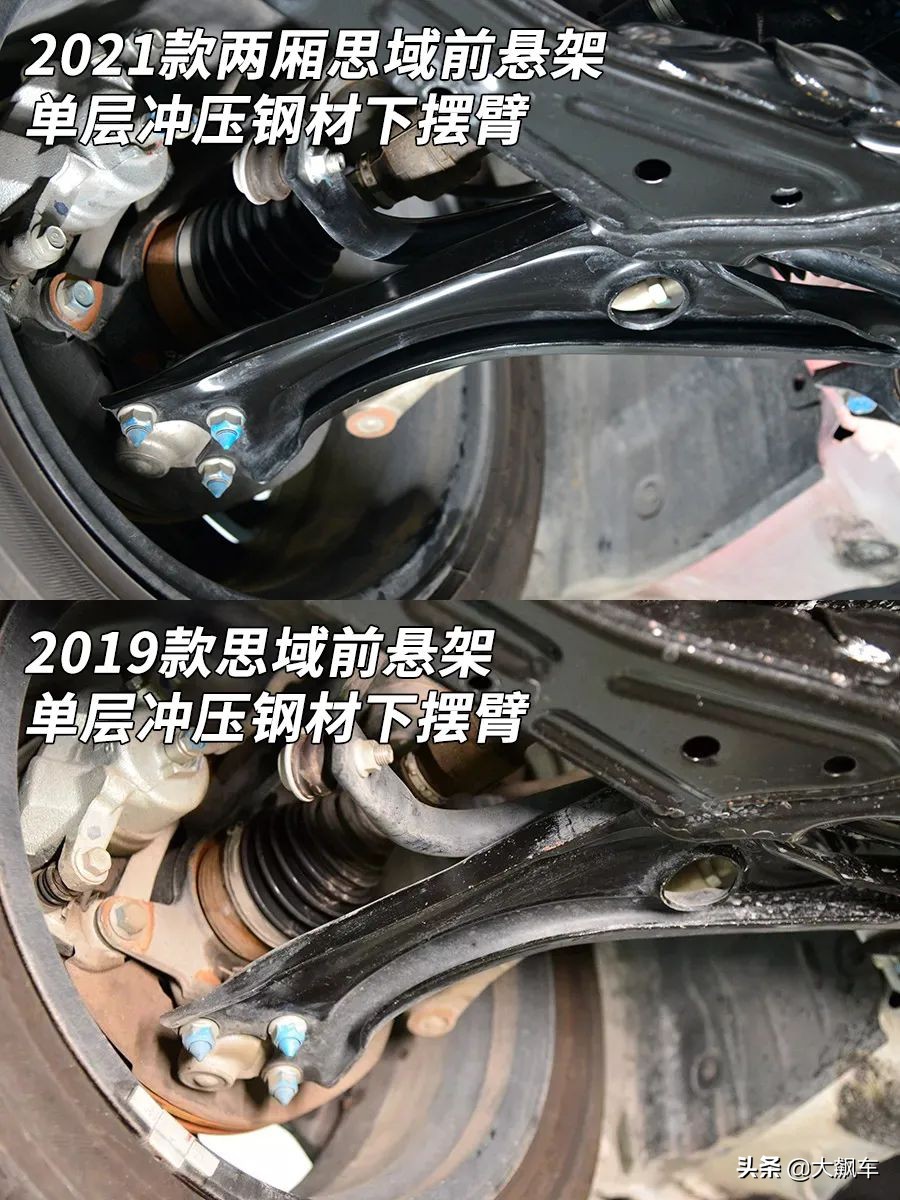 The rear suspension is also exactly the same as the sedan version. They are four -link structures of the “three horizontal and one vertical”. The hem arm and the vertical arm are single -layer stamping steel plates. The rear wheel connector is made of aluminum alloy, which is much better than the front. 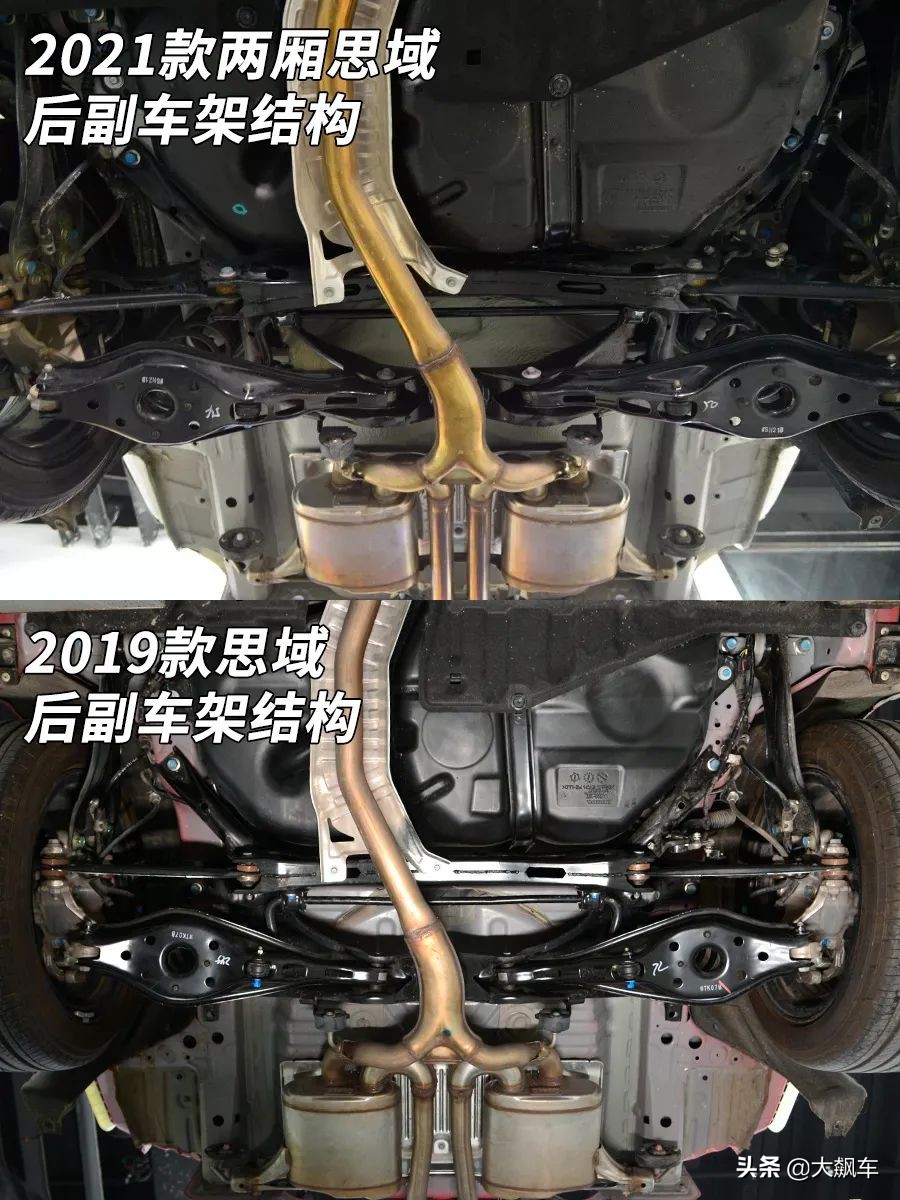 From the perspective of the chassis structure and materials, there is almost no difference between the hatchback Civic and the sedan version. In addition to a little change in exhaust tail throat shape, it is basically the same. Some people said that the hatchback version of the Civic has upgraded the aluminum alloy suspension, and it was all nonsense.

The chassis is a little better than the traditional Japanese car workmanship, and the guard plates are more comprehensive, but in the final analysis, it is still an ordinary Japanese household scooter. Except for that back -press tail row, there is no unique “sports gene”, but the appearance looks very “sporty”.

What is the interior materials for this hatchback Civic and the amount of formaldehyde release? Please continue to pay attention to the subsequent car disassembly content. (The measurement data conclusion in this article and the video is only responsible for this car, and the measurement data is responsible for the experimental method of publicity.) 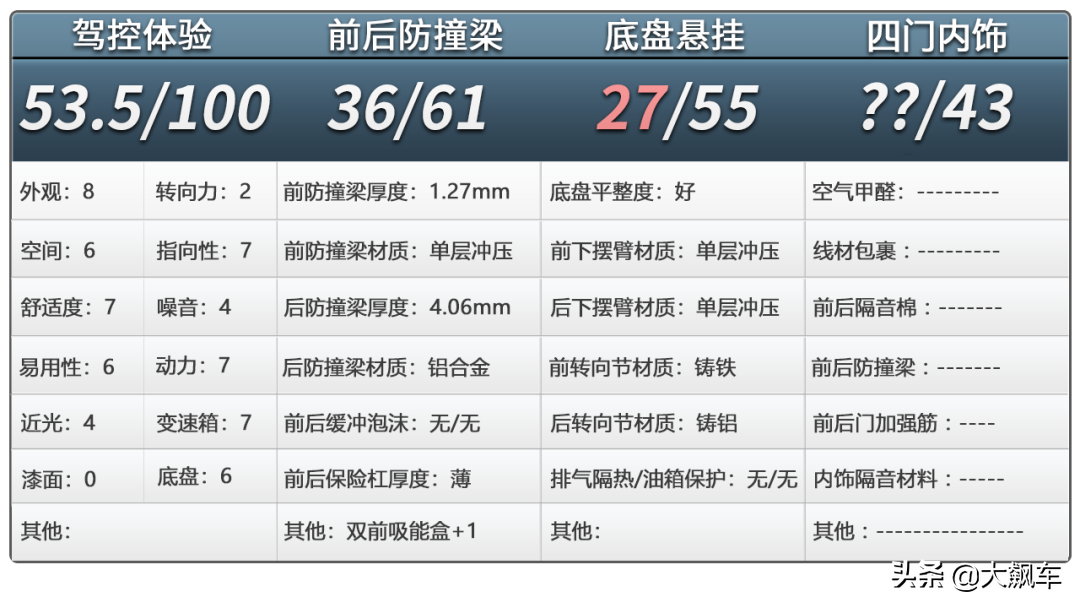