The appearance of Liangyou Apartment.

Picture of this article | Surging News

Every day in the evening, it is the peak of “long guns and short guns” on Fuxing West Road in Shanghai. Many photography enthusiasts and tourists come here to check in “Old Shanghai”. After wandering in front of Liangyou Apartment for a while, when she saw a resident open the door, she tried to follow the boldly. Fang Yao would stop every time she saw it. Sometimes she was “here is the aisle, not your home.”

In the past three years, Fang Yao felt like living in a huge studio.

Almost every day someone came to Shanghai Liangyou Apartment she lived in.

Liangyou Apartment is located at the corner of Yongfu Road and Fuxing West Road. It is an 84 -year -old husband’s apartment. It is also rated as the “Excellent Historical Architecture” in Shanghai, with the style of decorative arts and a polygonal staircase inside. In the eyes of some netizens, the “diamond -type stairs” and “circular patios” in the building can shoot “big blockbusters” from a specific perspective, so some “photography circles” and “climbing party” are rushing. Following it is the daily life that residents are constantly disturbed.

During the lunch break, the sound of the crickets in the corridor continued. When I opened the door, someone was shooting VLOG, there were directors, cameras, and “actors” wearing pajamas and brushing cups; Fang Yao was taken aback with the dim lanterns with a dim lantern, and she was scared; there was also the winding windows, the garbage left after shooting …

Some of the elderly people in Fang Yao and Liangyou apartment did not understand, “What are they filming” and feel a little too much. 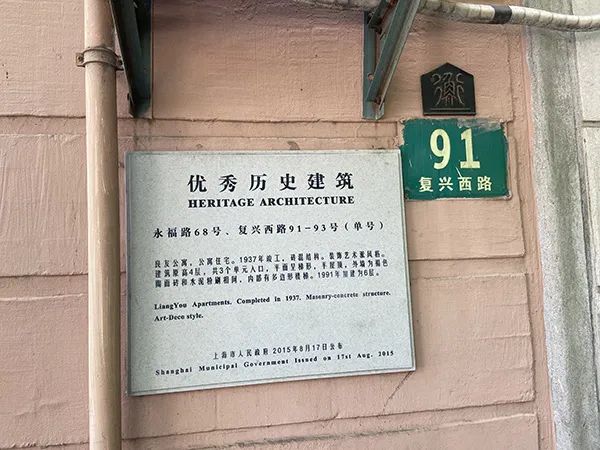 Fuxing West Road is located in the center of Shanghai. Most of the garden houses and apartments on both sides of the road. The architectural style is mainly Art Deco art decoration. The street landscape is highly green. French sycamore along the way.

Liangyou Apartment was rated as an excellent historical building in Shanghai.

Located on the Liangyou Apartment on Fuxing West Road. On the outer wall, brown pottery tiles and cement flour brushes each other, which looks simple and simple. There are three entrances for apartments, three buildings, and two houses on No. 91 and 93 Fuxing West Road, and one house number is 68 Yongfu Road. The “protagonist” of the incident is the building at No. 93, Fuxing West Road.

Walking in the door, there is a polygonal staircase inside the building with twists and turns, winding up to 6 floors, overlooking or looking up at a low place like diamonds, also known as “diamond stairs”. There is a window next to the first floor channel. Outside the window is the patio of the entire building, showing a closed ring shape. This is the most famous “attraction” here.

Liangyou Apartment was the industry of flour and textile tycoon Ronghong Yuan. Fang Yao said that according to her understanding, in order to build this apartment, the Rong family bought a total of three land skin, but there was a land owner who was unwilling to sell at the time behind the building, so he had to build an irregular wedge -shaped building. The rotating stairs on the west side are designed as diamond -shaped, which is practical and decorative.

In 2010, Fang Yao’s mother bought her a house in Liangyou Apartment. On the one hand, because Fang Yao was working on Huaihai Road, it was very close. On the other hand, it was located in the city center. Library, Huashan Greenland, etc. are a golden location in the noisy.

Fang Yao missed the beginning of the nine years at the beginning of the 9th year. At that time, after dinner, you could call three or two friends to the nearby Anfu Road and Wukang Road to take a walk, drink small wine, and under the layer of the sycamore tree. Feel the seclusion of old Shanghai.

Fang Yao recalled that about three years ago, this apartment seemed to be on fire overnight. Since then, people who came to check in have started.

Among them, the first work of the Douyin photography account “Chen Hao Children” was the Liangyou Apartment. It was published on August 20, 2019. The number of clicks of a single article exceeded 20 million, and it was praised 615,000.

Pickler on all sides

“The flow of people comes like a tide, and it feels like on the Bund for a moment.” Recalling the “May Day” holiday this year, Fang Yao still felt incredible.

It was normal to go out at 10 am. After an hour, I crowded back on the street. They took a SLR or mobile phone to take pictures. Liangyou apartment had access control, but two groups came in.

Fang Yao only went out this time during the entire holiday, “too noisy.”

In the evening of last summer, the two men and two women entered Liangyou Apartment, carrying a lot of professional photography equipment, and Fang Yao who came home from get off work to stop it again. The other party has a strong attitude, “This is in the aisle, not in your house.”, “Can you see each other?” … constantly quarreled with Fang Yao until the police left.

Grandma Wang, 72, is the oldest house in the apartment. When he was 5 years old, he moved here with his parents and lived in three generations. She said that there are 21 people in this building, 7 of which are old people over the age of seventy or eighty years old, and an old man will be hundreds of years next year.

“In the past, the apartment was very quiet, and the neighbors were also family -style,” said Grandma Wang, now entering and leaving, facing strange strangers every day.

The destruction windows at the entrance of the circular patio. 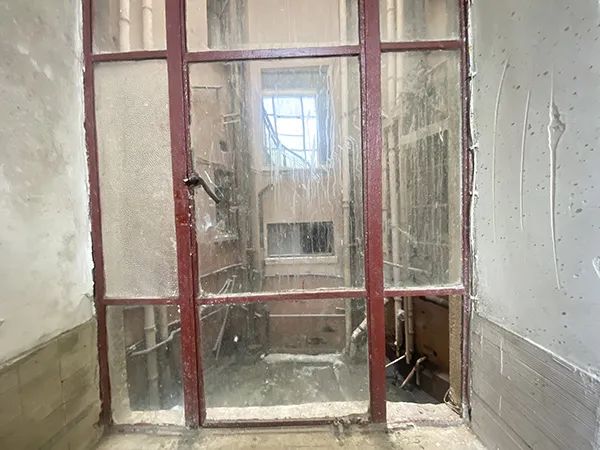 The reporter saw at the scene that the window in the apartment was damaged and it was difficult to open. A small window next door was not equipped with glass. Fang Yao said, “I was broken not long ago, so I reached out to pat the patio.” The glass of the window has three different materials, which are obviously replaced many times. Metal escalators were installed below the outside of the window sill, which were originally used for maintenance personnel. Later, the “ranging shot” became a fixed process for the punch card.

Looking at the patio through the window, the pipeline below is covered. According to Grandma Wang, there are water pipes and natural gas pipelines, and metal escalators are not necessarily firm. Danger.

What makes Fang Yao more concerned is that the inside of the circular patio is the toilet of each household. In case of accidental seeing or photographing, his privacy is not guaranteed.

This year’s Spring Festival, Fang Yao applied the mask at home, ready to take out the washed clothes out to dry, just opened the window, and found half of the body. Several little girls on the street downstairs immediately raised the camera, and the camera was aimed at Fang Yao. Fang Yao was startled and quickly retreated to close the window. “Like the posture of dawn and Shu Qi before,” Fang Yao felt that he had been violated. 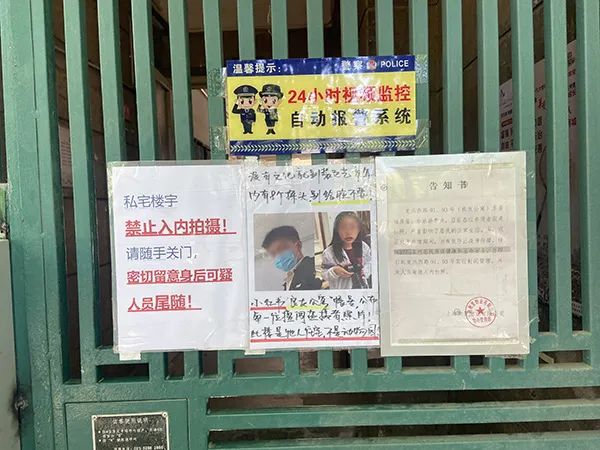 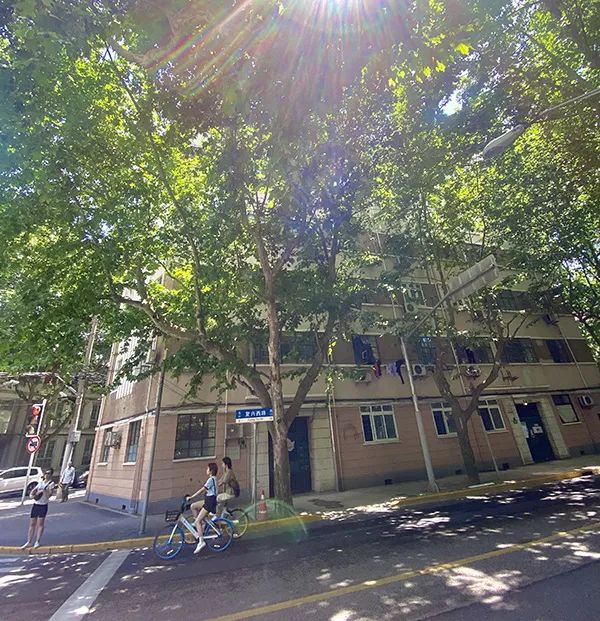 On January 20 this year, Fang Yao registered the account “Liangyou Apartment” on Xiaohongshu,

There are also 8 new surveillance cameras inside the corridor, and the person who has been exposed to the shooting of Liangyou Apartment has been exposed. At present, 91 notes have been released.

The Liangyou Apartments posted a notification letter to refuse the foreigners.

In addition, the property affiliated to the apartment also posted notifications at the door, which reads:

The apartment is non -attracted, and the visitors who came to take pictures have seriously affected the normal life of the residents, and foreigners have declined to enter.

A photo of the personnel who entered the apartment were also posted next to the notice. The content had been replaced three times. Fang Yao told reporters that 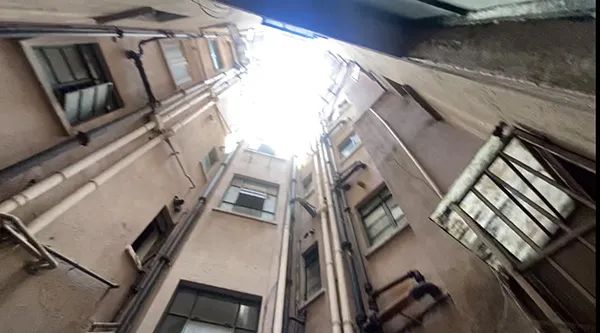 One of the girls flew from Sichuan in order to take this group of photos. She felt “a bit crazy.”

In addition, some people were pretended to be a takeaway person to enter the apartment, but the excessively long tripods still showed “horse feet”. According to Fang Yao’s observation, the Seventh Eight Chengdu who came to shoot is a relatively professional photographer, “there are not so many tourists.”

After repeated applications, two weeks ago, the access control of the fixed password was replaced with a face recognition function. Fang Yao said that someone used to shoot videos and photographed the fixed access control password. “It’s not safe.”

Even so, last Saturday, two people secretly came in from the other entrances, Fang Yao was helpless, “but now it is much better.” 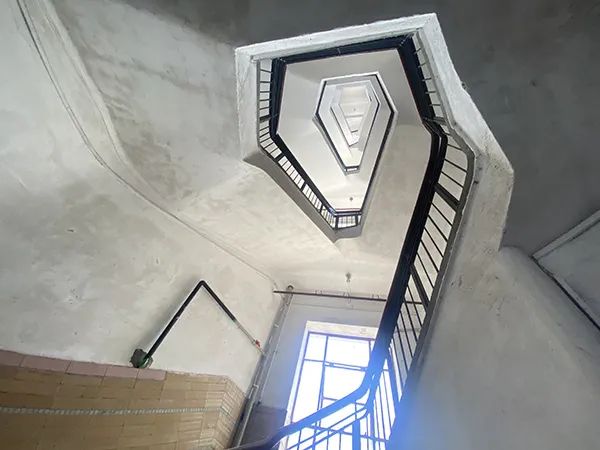 On June 5th, the suspension of Suzuki on the Fuxing West Road is a lush moment. The leaves on both sides of the road cover the sky with each other. At noon, a pair of men and women pushed the stroller from the trail in front of the Liangyou Apartment. The color notice posted and stopped for a while.

After reading, the woman couldn’t help wondering and asked, “What are they filming?”

The man thought for a few seconds and answered, “Maybe it is” old Shanghai “.”

(The characters in the text are pseudonym)