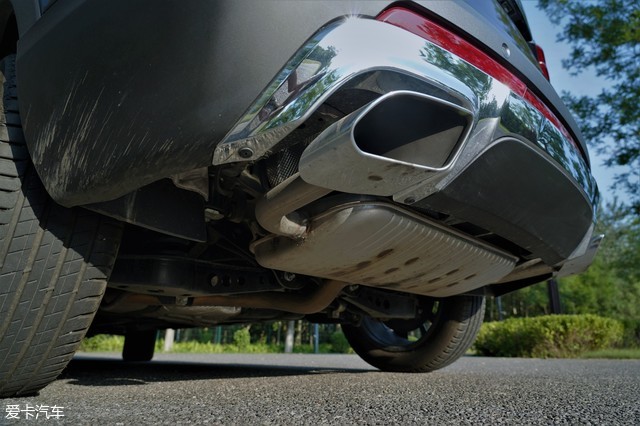 In the domestic auto market SUV model, it has always been hot, and public car companies have continuously improved their product sequences based on the SUV cars. Today’s protagonist, Brilliance Zhonghua V7 (hereinafter referred to as: China V7) is a recent “star” model with a very high exposure. In fact, as the first medium -sized SUV of China, the strategic significance of China V7 is self -evident, and its future market performance is also highly hoped. So the question is. In the face of the fiercely competitive intermediate SUV market segment and more discerning consumers, is China V7 prepared? Can its performance surpass expectations? 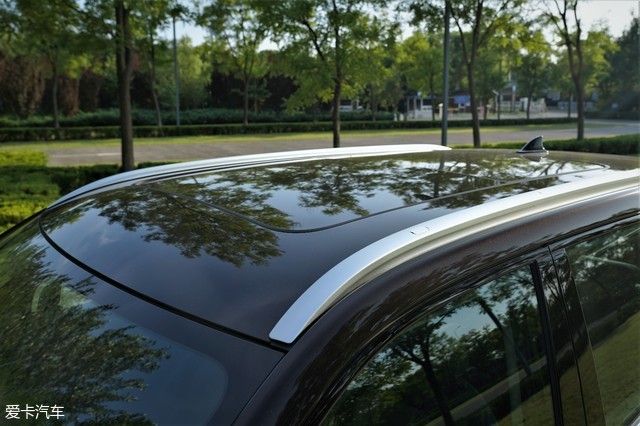 China V7 has launched a total of 6 (5 -seater version) models since its listing, with a price range of 10.87 to 189,700 yuan. The models participating in this long test are the 2018 280T DCT flagship version of China V7, with an official guidance price of 151,700 yuan , Take this opportunity we are also fortunate to be in close contact with it, and in the next few months, my colleagues and I will be designed for appearance & interior design, intelligent configuration & space experience, driving experience & performance test, long -distance driving experience, long -distance driving experience And the five aspects of car maintenance to conduct a deep experience of the Chinese V7, I believe that the final result will play a more valuable reference effect on your purchase. 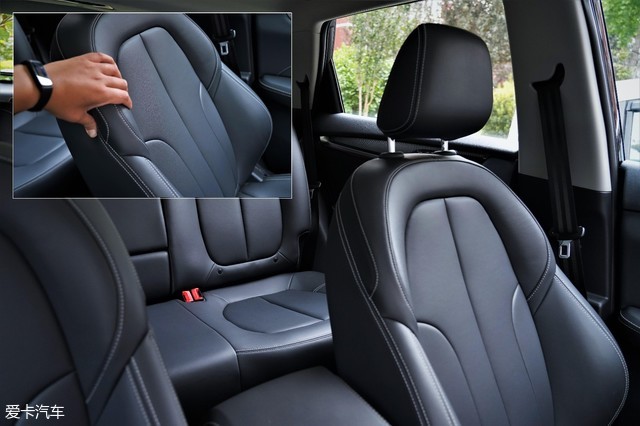 Entering the topic, as a long test, we will talk about the design and interior design. The front face of the Chinese V7 adopts the latest family -style “T” -shaped element. The design of the trapezoidal grille and the headlights makes the horizontal visual effect of the front of the front. The mouth, with the black trim with the fog light area on both sides, looks more sporty.

In addition, it is different from the longitudinal line design of the Chinese V6 in terms of grille shape. The Chinese V7 uses the current popular spots grille and has a higher degree of recognition. The overall shape of the front of the car is more concise and tough, more atmospheric and calm. 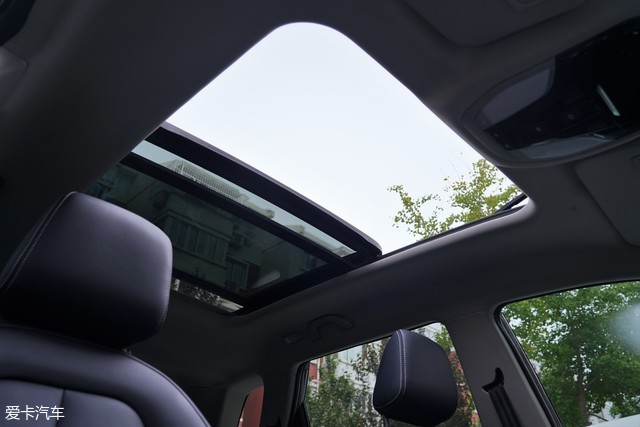 Except for the minimum model, other models of China V7 are equipped with LED far and near light light lights and LED daytime running lights. The headlight shape and lighting effect are very good.

The left and right rear -view mirrors of the Chinese V7 have a steering reminder light. It is worth mentioning that the entire system is equipped with a panoramic image function, and the high -profile model is also equipped with parallel assistance. Compared with opponents of the same level, the Chinese V7 is assisting The control configuration is not hesitant. 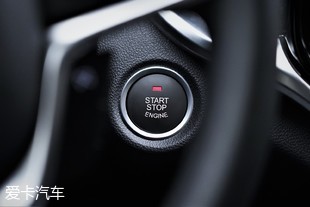 In addition to the entry -level models (with 18 -inch wheels), the other models are equipped with a 19 -inch two -color wheel. Although the shape is not new, the visual effect is good. In addition, this top -equipped model is also equipped with Michelin Latitude Sport 3 tire with a tire size of 235/55 R19. 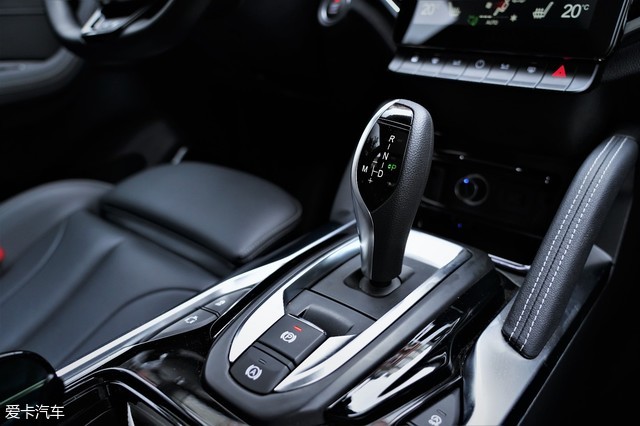 As a SUV model, the luggage rack of the Chinese V7 roof and the chrome trim on the side of the body have a good response effect, which not only enhances the visual aesthetics, but also ensures the practicality of the storage space expansion of the car. 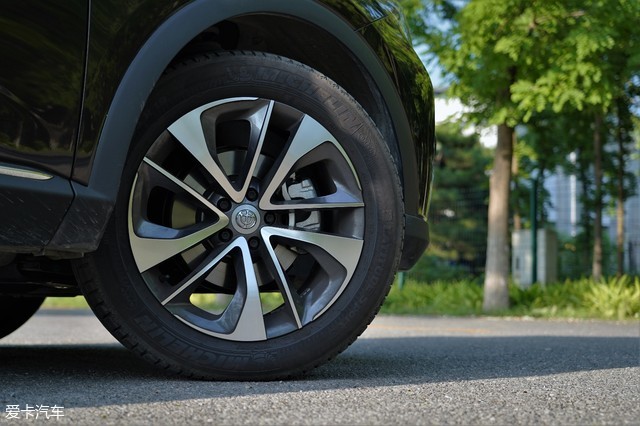 The proportion of the Chinese V7 body is very well -proportioned, and the design of the rear premise makes the entire vehicle look more intense. In fact, the head of this car is not small, with 4702/1932/1753mm in length, width, and height, and the wheelbase has reached 2770mm. 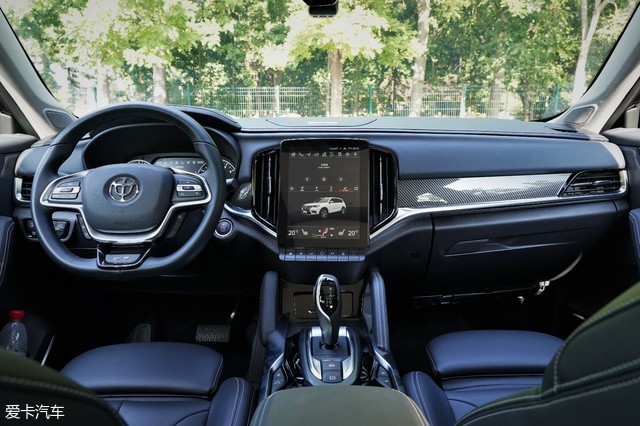 The Chinese V7 uses a waistline design similar to the BMW X1. The lines that run through the rear of the car not only make the body look more beautiful, but also combine air dynamics design to reduce the wind resistance as much as possible and improve the stability of driving. 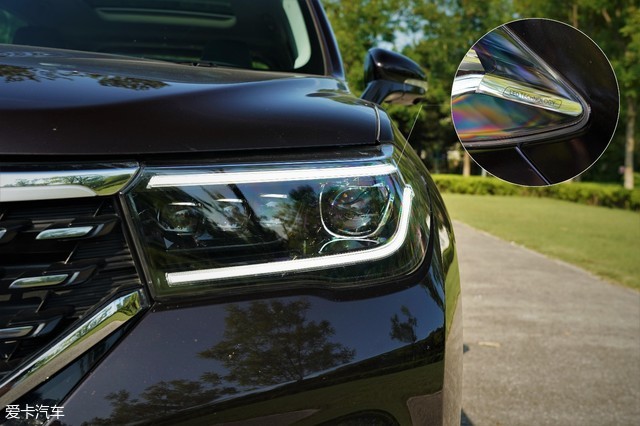 The rear shape of the Chinese V7’s car is clear, and the wide dual exhaust port design is obviously more in line with the aesthetics of Chinese consumers. It is worth mentioning that the three -dimensional LED taillights have become a “finishing touch” at the rear of the car, which further enhances the recognition of the car. 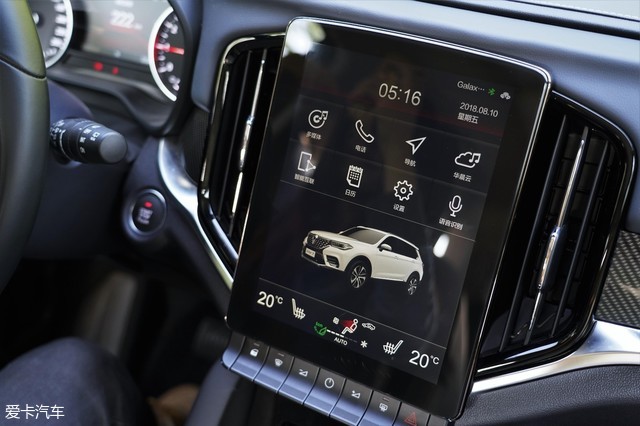 In terms of suspension, the configuration of the Chinese V7 is very mainstream. It adopts the classic front McPers and rear multi -link independent suspension, so its performance in handling and comfort is more worth looking forward to. 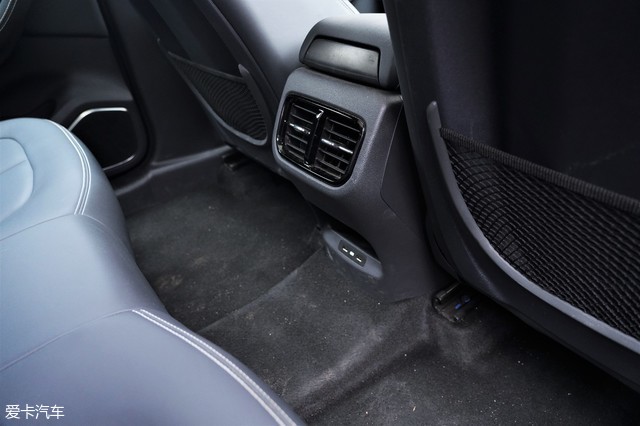 If the appearance is for others, the interior design directly affects the daily experience. The Chinese V7 interior adopts a classic symmetrical layout, which gives a sense of intuition is simple and refreshing. The embellishment of the carbon fiber material decorative board and chrome strip is just right. 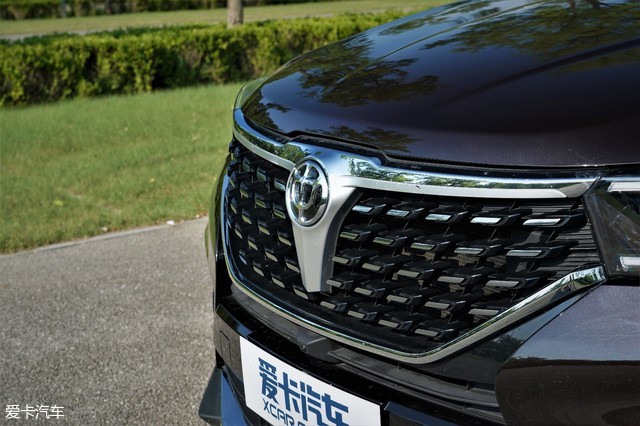 The size of the multi -function steering wheel is moderate, and the cortex wrapping feels good. The flat -bottom design and handmade stitching add a bit of sports atmosphere. The multi -function keys and key position feedback feel is also more comfortable. The progress of the Chinese V7 in terms of interior details and workmanship is still remarkable.

The instrument panel of the Chinese V7 adopts the design of LCD screen+mechanical pointer, and the 7 -inch driving computer display is standard. Not only can it display driving data, but also information such as multimedia and navigation maps. The actual display effect is very delicate.

Of course, as the “core” of the interior part, the standard 10.4 -inch central control screen is very eye -catching. Not only does it integrate the multimedia control system, but the functions such as air conditioning settings and seat heating also support touch operations. Create a full sense of technology. 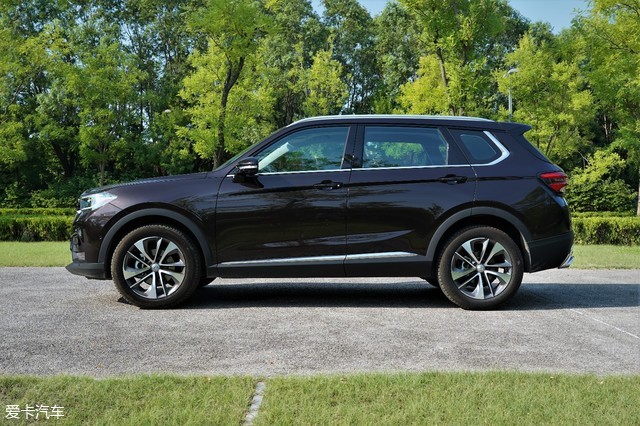 Of course, as the exclusive configuration of the flagship version, the introduction of the head display function is also a small surprise. The “reflector” is hidden above the center console. According to the owner’s preference, you only need to click on the left functional area switch to turn on or turn off the HUD head -up display function with one click. 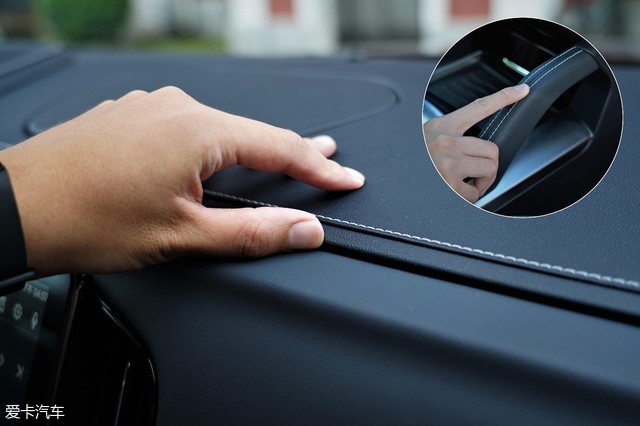 In addition to the rich configuration, the Chinese V7 has also done my homework in the creation of luxury in the interior. The places where the hands can be touched basically use soft materials for wrapping, highlighting the high -level sense of the entire vehicle interior. 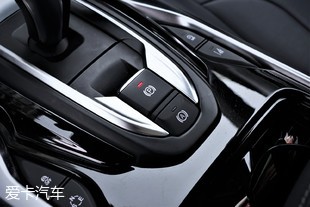 The seat of the Chinese V7 left us a good impression. The leather seats are very textured in terms of modeling design and material workmanship. The cushions are moderate and moderate. The position also provides an electric adjustment function, which is believed to meet the needs of most consumers.

The panoramic sunroof is undoubtedly one of the very enthusiastic configurations of consumers. The size of the panoramic sunroof of the Chinese V7 is very considerable, and the visual effects are pleasing to the eye. However, it is important to note that only the noble version and the flagship version can be equipped with an open sunroof. 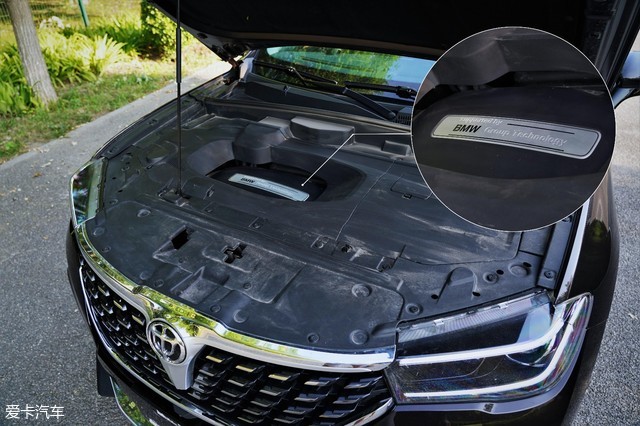 Enter the back row, the independent air -conditioning outlet and the dual USB power interface are not absent. The almost flat central floor also guarantees the ride comfort of the rear passengers to the greatest extent. Magazine or small objects are very practical. 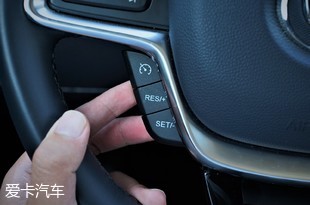 Matching the engine is a 7 -speed wet dual -clutch transmission produced by Getrak. It is worth mentioning that the shape design and gear layout of the electronic gear rod is consistent with BMW. In subsequent long -testing articles, we will also introduce more detailed introduction to the driving experience and performance of the Chinese V7. 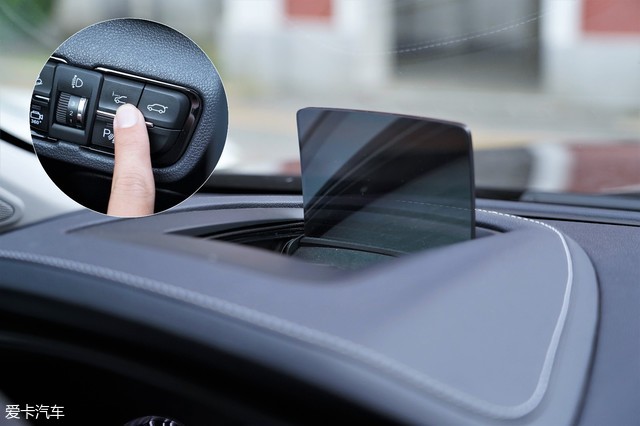 Although it is not long in contact with China V7, we have seen the hope of Chinese brands from it. In fact, China V7 has gradually got rid of the strategy of low -cost marketing, and has worked in the direction of how to build a good car and how to build a boutique car. In terms of appearance and interior design, China V7 is more mature, and in terms of functional configuration, it also caters to consumers’ car habits and preferences. At the technical level, it is even more hard -working. The modular platform, the BMW technology research and development 1.6T engine, etc., various signs also show that China has continuously improved its product power. It is determined to seize a place in the domestic intermediate SUV market, and the Chinese V7 also shoulder the heavy responsibility of improving the brand image of Brilliance.