Shi Yan, the founder of Fire Resources Network, the lecturer of the Fire Lecture Hall, worked for 25 years, participated in the design and construction of nearly a thousand projects, answered tens of thousands of fire prevention questions, and extremely senior practical experience. Everyone!

Chapter 1 The main differences and applications 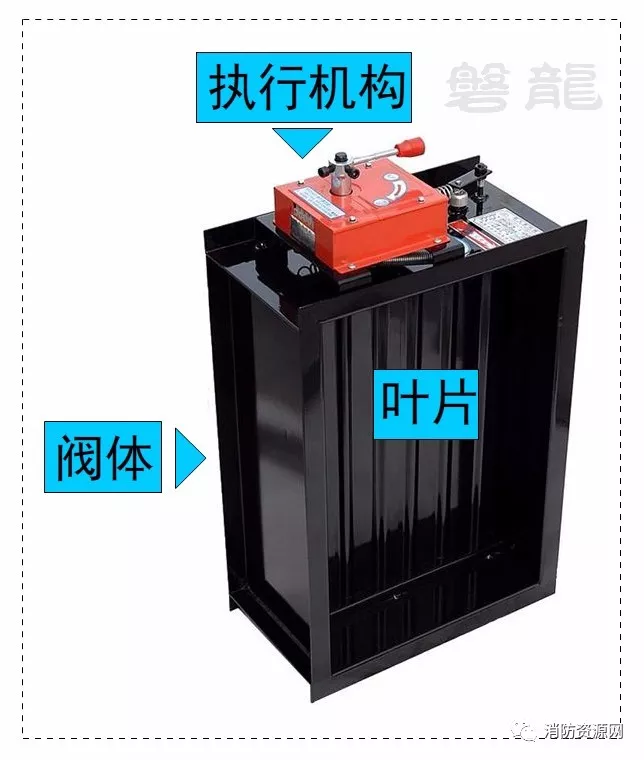 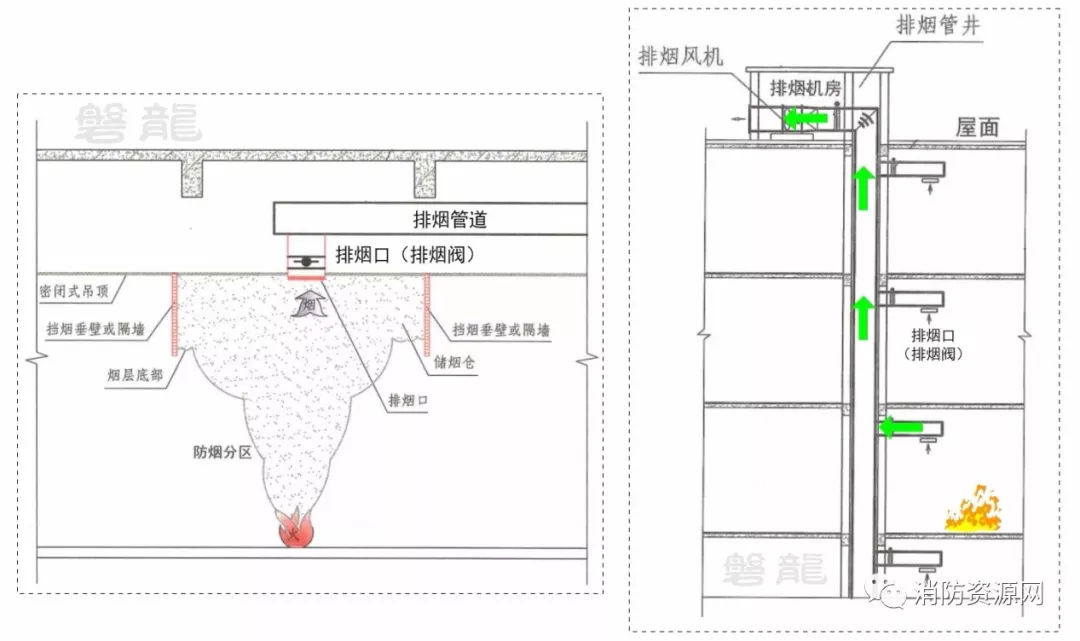 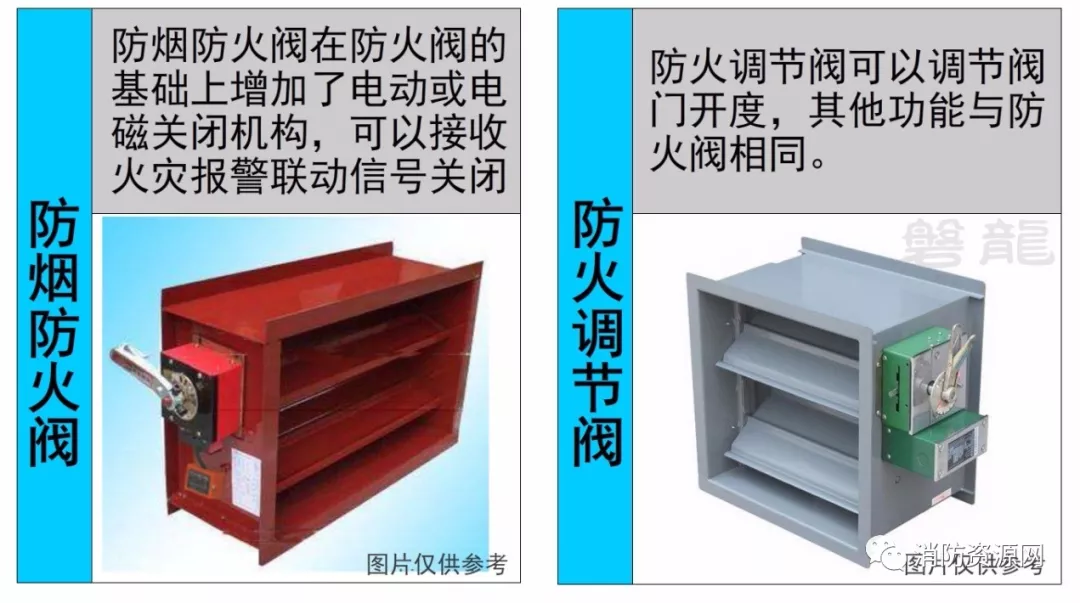 Make up the air

: Mainly applied to the filling system.

: The main application is on the mechanical pressurized air supply system;

: Use temperature control to start (automatically close when 70 ° C)

: Use temperature control to start (automatically close when 280 ° C)

: Both of the electric and manual startup.

The structure of the structure is the same, and only the movement temperature is different.

Make up air outlet and pressure off the air outlet

The structure principles are the same, as well as 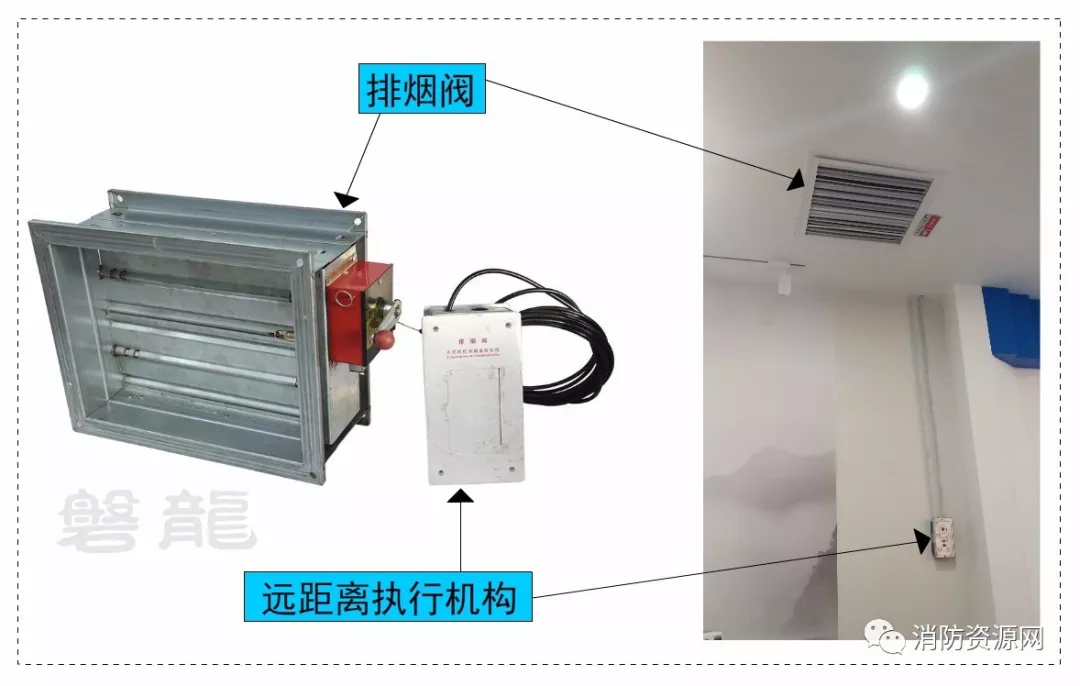 Both fire products can be implemented.

There are currently no certification standards.

The fire valve is a valve installed on the ventilation and air regulation system, and the valve on the air -to -air pipeline. It is usually open. When the temperature of the flue gas in the pipeline reaches 70 ° C during the fire, it can meet the amount of smoke in a certain period of time. The fire resistance integrity requirement, the fire -blocking effect.

1. The ventilation and air regulation system’s duct should set up a firewood valve with a nominal movement temperature of 70 ° C: (((

a. Crossing the fire prevention partition;

b. Crossing the rooms and slabs of ventilation and air adjustment machine rooms;

c. Crossing the rooms and flooring of places with important or high fire risks;

D. Cross the sides of the deformed seam of the fire separation separation;

Note: When the ventilation and air regulation system of each fire zone in the building is independently set up, the fire valve may not be provided at the junction of the horizontal air duct and the vertical pipe.

According to the requirements of the specification, the following parts of the smoke exhaust pipeline should be set up to smoke fire prevention valves (

3. The entrance of the smoke exhaust fan;

The smoke discharge valve is installed at the tube end of each branch of the mechanical smoke exhaust system (smoke inlet inlet). It is usually closed and meets the requirements of air leakage. The valve can be manually and electrically open and closed, and the smoke discharge effect can be discharged.

The smoke exhaust valve is used in the mechanical smoke exhaust system, and it is usually closed. When the fire occurs, the smoke -proof partitioning valve in the tobacco protection part is opened.

The smoke exhaust valve is generally composed of valve body, blades, execution agencies and other components. Compared with the fire valve and smoke fire prevention valve, the smoke exhaust valve does not have a temperature control device (temperature sensor), but the electric opening method is increased. The on -site manual operation is convenient.

Second, the frequent opening of the tobacco outlet may be applied to the mechanical smoke exhaust system in the single -to -smoke partition.

When the fire occurs, the smoke and smoke exhaust fan is opened to exclude the fire of fire. When the temperature of the flue gas of the smoke pipe reaches 280 ° C, the fire prevention valve is closed to prevent the fireworks from spreading. 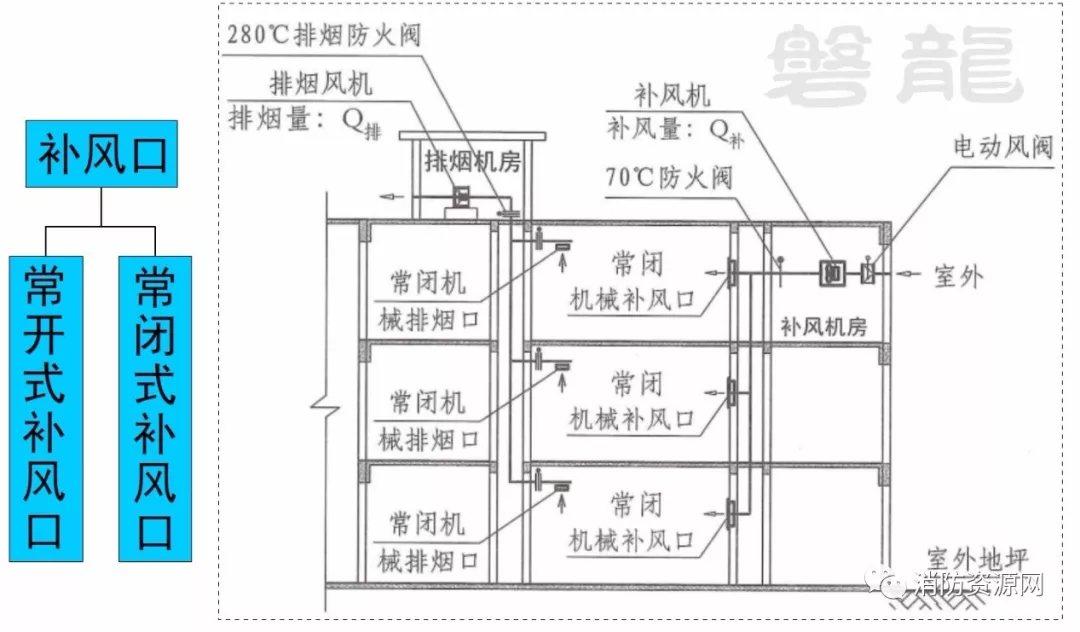 According to the principle of air flow, there must be appropriate replenishment to discharge flue gas. According to the requirements of the specifications, except for the aisle or building area of ​​the ground building with less than 500m2, the place where the smoke exhaust system is set up should be set up. ((

The application of the air outlet is in the filling system, and there are two forms: frequent opening and normally closed. 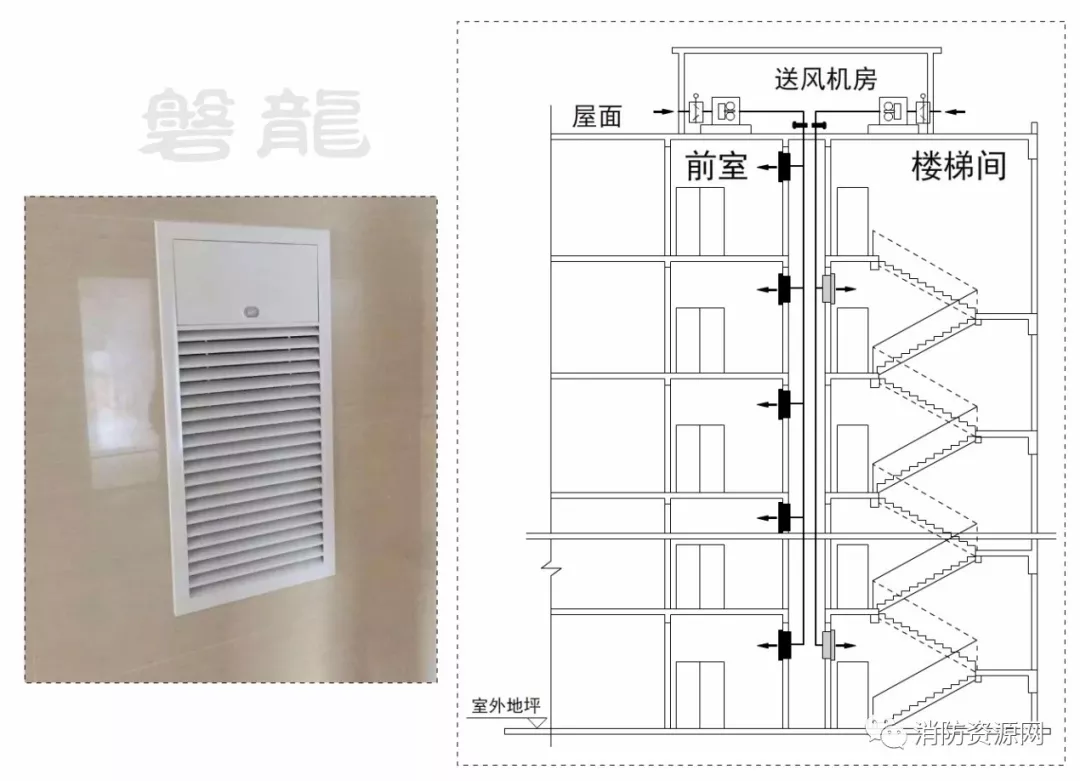 In practical applications, you can use the exhaust port instead of the pressure outlet and the air outlet. 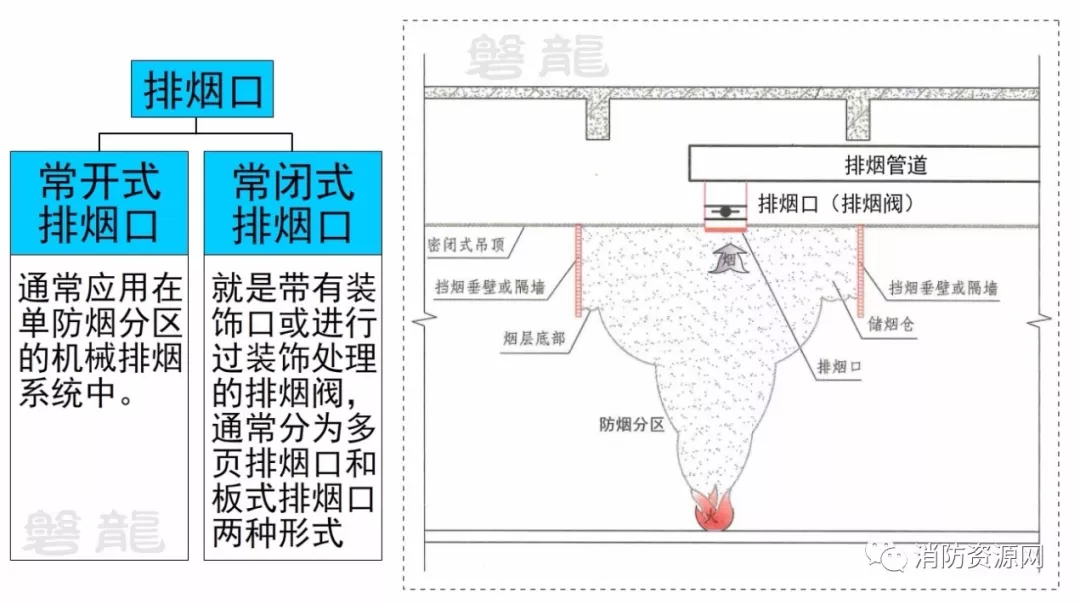 1. The front chamber and the front room are usually used with a normal closed air outlet, which is usually closed, and manually or electric (automatic) is turned on during fire. 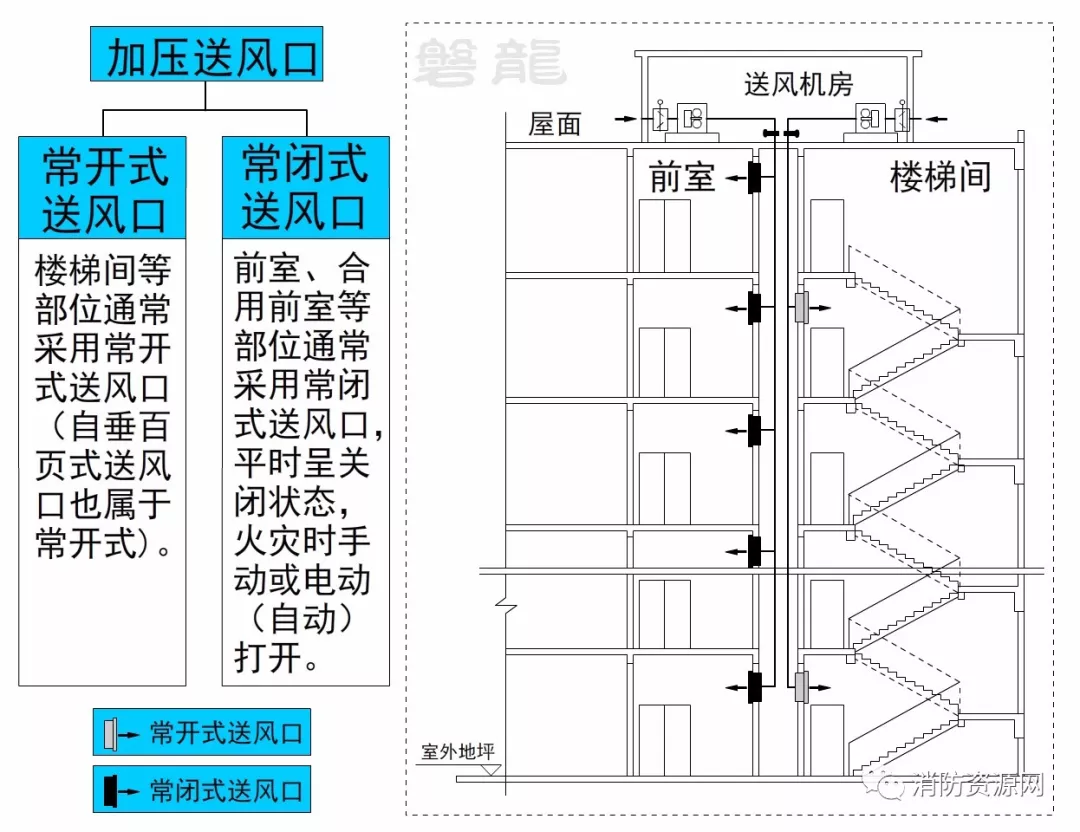 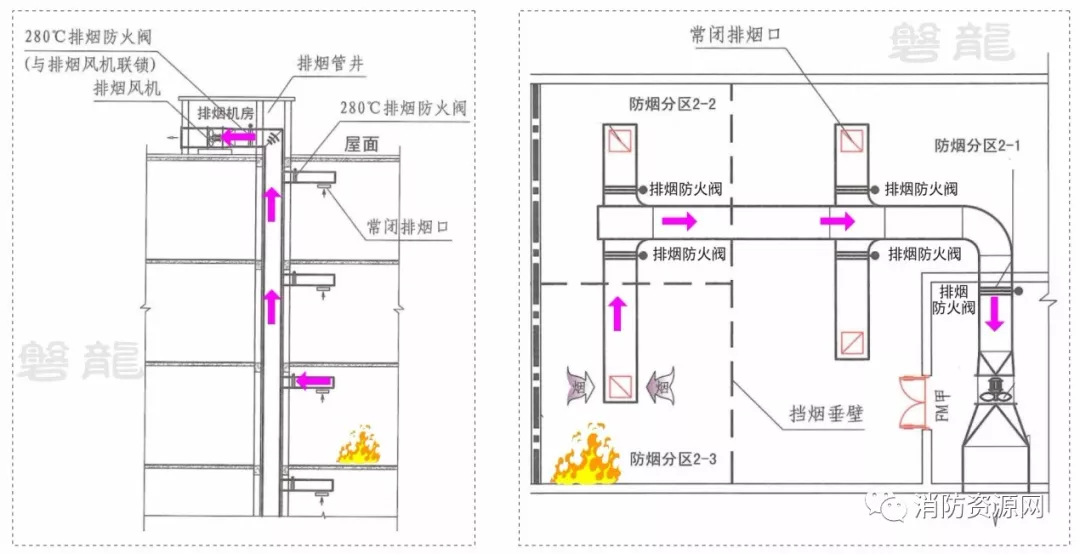